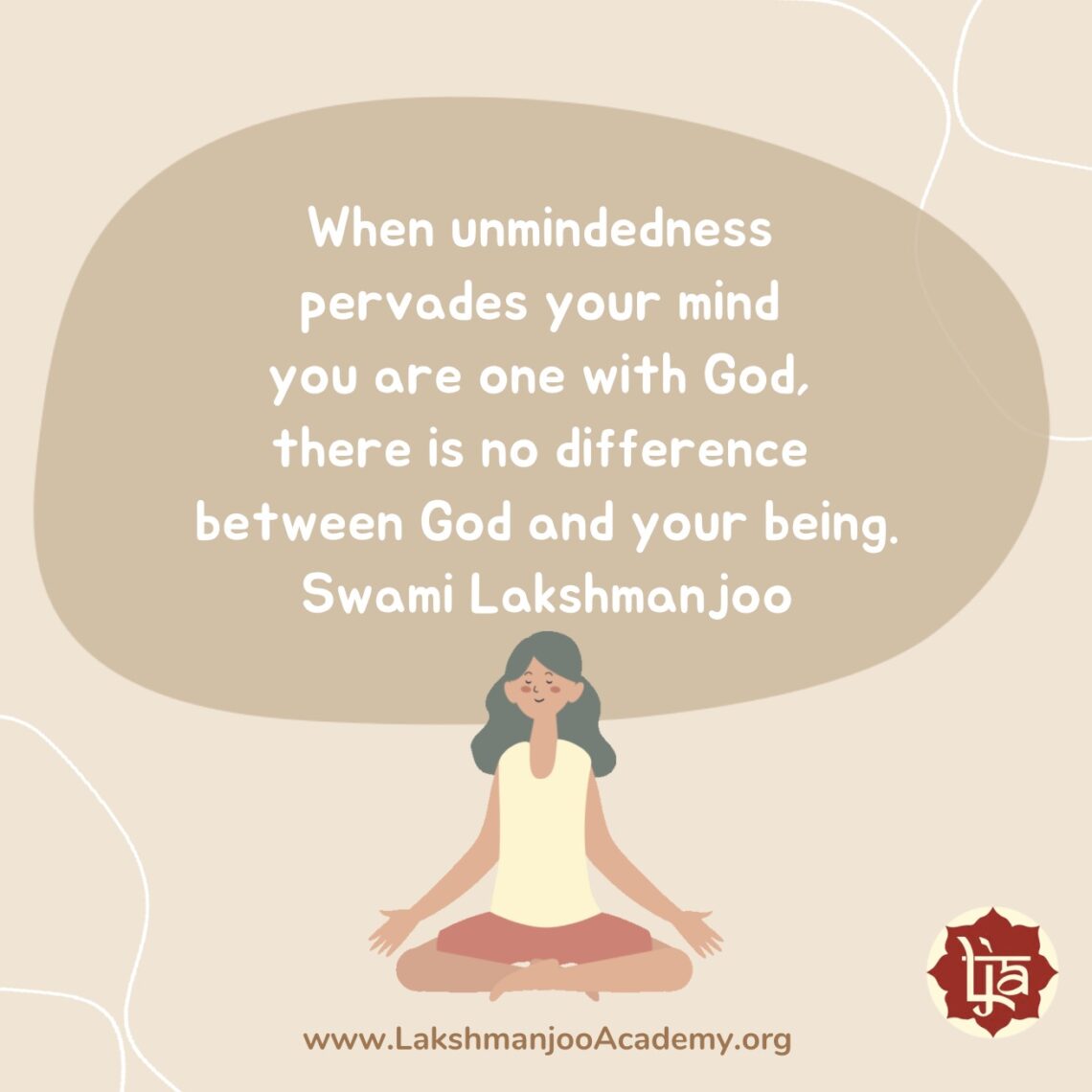 In this excerpt from the Shiva Sutras  – The Supreme Awakening, third awakening, Verse 4) Swami Lakshmanjoo explains how “You must do this kind of practice for subsiding the power of ignorance, the power of illusion.”

You must make all the circles (kalās) in your body enter one into the other from gross to subtle.

Because there are five kalās, you already know that–

In brief words, it is up to the circle of thought of consciousness, samanāntaṁ, this sthūla, sūkṣma or para. Sthūla [gross] body you have to make enter in its [sūkṣma] subtle body, and make that subtle body enter in the [para] subtlest body.

And the way he explains:

Or there is another way.

Dāhādi cintana yuktyā, let your gross body be burnt by your imagination of thought; that is another way of meditation.

In Vijñānabhairava it is said: all these two ways of meditation. One way is to make it enter in each other, from gross to subtle, from subtle to subtler, from subtler to subtlest. And then another way is, just to imagine that your body is burnt to ashes. From kālāgnirudra . . . first, meditate that this whole universe beginning from kālāgnirudra and ending with śāntātītā kalā (kālāgnirudra is the grossest point of the world and śāntātītā kalā is the subtlest point of the world).

So, see that this body pervades in this whole universe first, and then you put your mind on the left toe of your feet and see that kālāgnirudra rises with fire, producing its fire absolutely vigorously, and then this whole body should be burnt by imagination. This is the imaginary way of meditation.

And this meditation also becomes successful in the end.

These two ways, he has explained in these two ślokas.

When unmindedness pervades your mind you are one with God, there is no difference between God and your being. 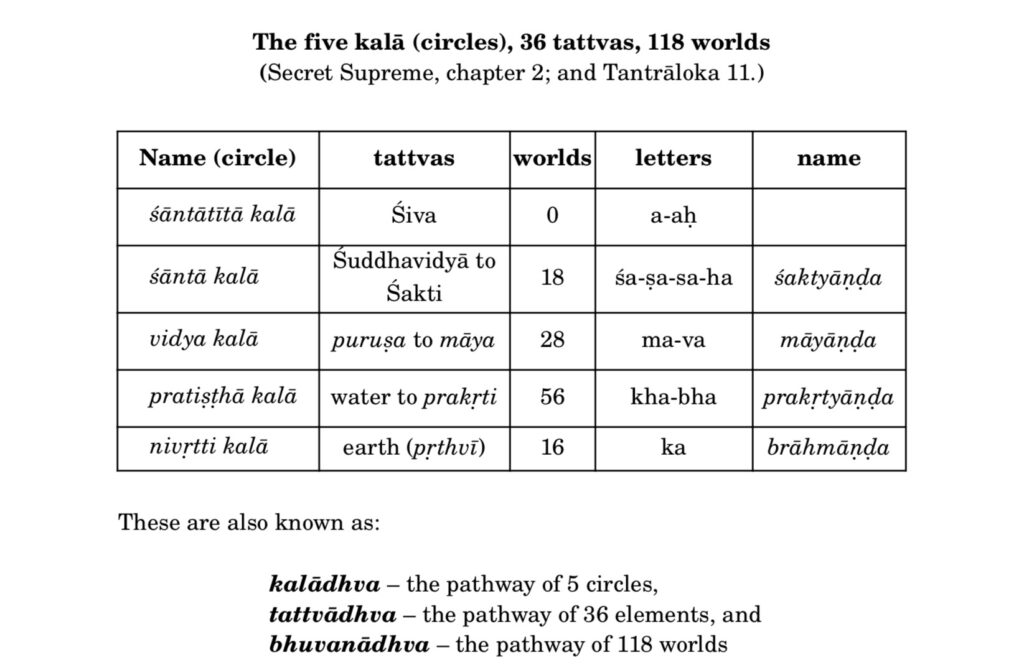 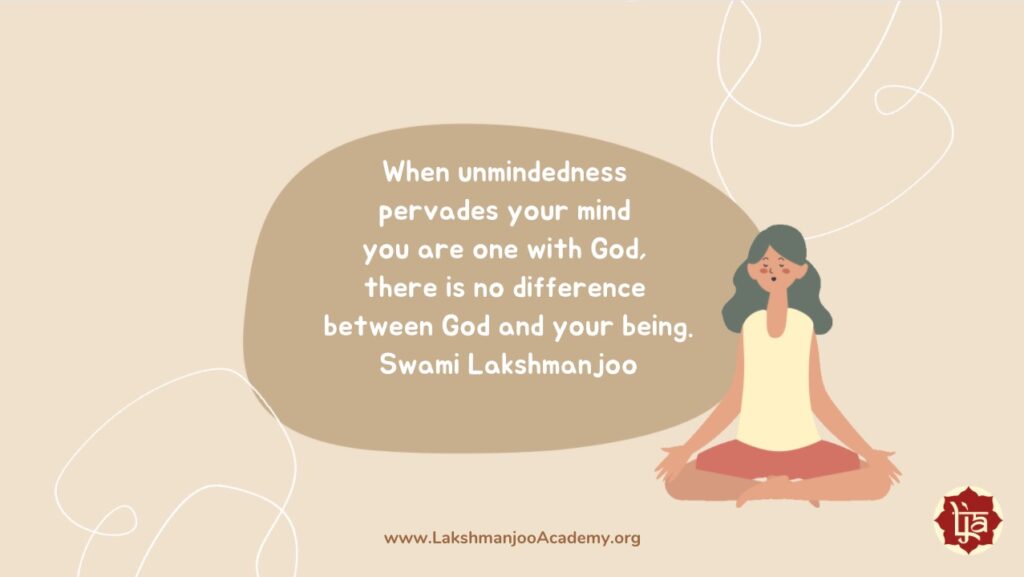 The next way of meditation is imaginary. That (previous one) is also imaginary.

The place of kālāgnirudra is the left toe of your foot; left toe, left foot.

SWAMIJI:  Toe of your left foot.

. . . from kālāgni you have to produce–it is imagination–produce fire from that kālāgni and get your body burnt with that fire so nothing remains, no substance of body remains left un-burnt. Svakaṁ puraṁ pluṣṭaṁ vicintayet, you must imagine that this whole body of yours has become ashes. Ante śāntābhāsaḥ prajāyate, and you will find what peace; the highest peace of God consciousness will shine in your consciousness, in your knowledge.

These ways of meditations are found, not only in this tantra, [but], in each and every Tantra of Śaivism.

So these things are not narrated in Spanda śāstra.

But in this chapter of āṇavopāya, this inferior upāya, on various points of terminations . . .

Bas, we will end this.