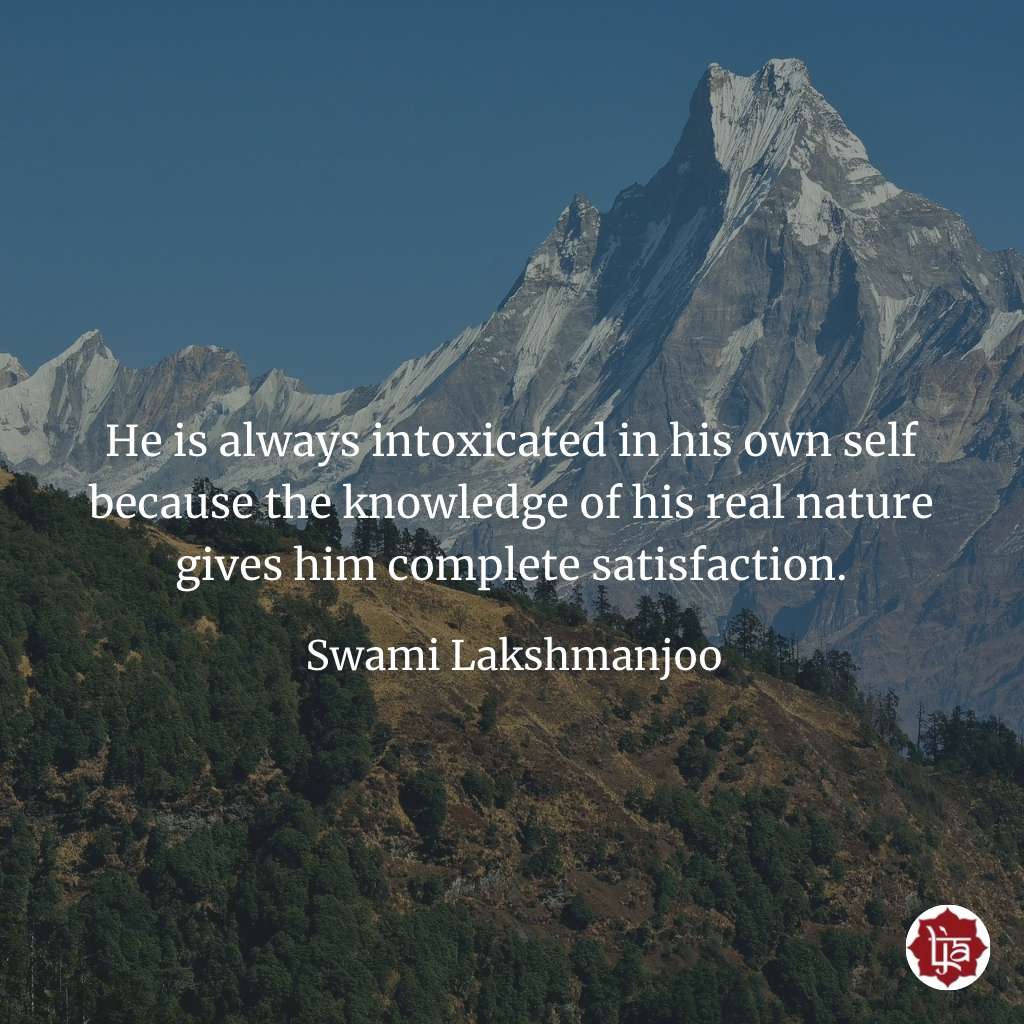 In this excerpt from the book Shiva Sutras: The Supreme Awakening Swami Lakshmanjoo reflects on the First Awakening, second sūtra, where we have been told that “differentiated perception is bondage.” Now in the second Awakening with the 9th sūtra, we learn what knowledge means on the level of Shaktopaya and what we need to do here… 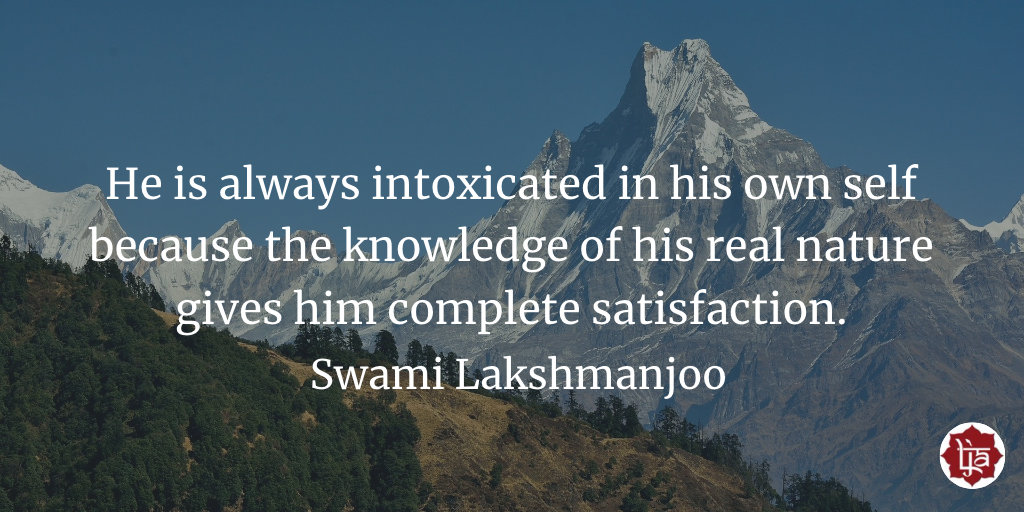 (For such a yogī)
differentiated perception is his food

or
knowledge of his own nature is his food.

This yogī eats and digests differentiated perception in his own supreme nature of consciousness.

Previously, this point was communicated in this verse:

This is one explanation of this sūtra. There is also another way to explain it. In this explanation, take the word jñāna to mean knowledge of your own real self, and not differentiated perception. Thus, the reading would be:

For such a yogī, knowledge of his own nature is his food.

He is always intoxicated in his own self because the knowledge of his real nature gives him complete satisfaction.

It is also said in Vijñānabhairava:

Take any one means, in this world of one hundred and twelve means (upāyas), for entering in God Consciousness, and meditate according to that means. The fullness you experience by practicing consistently day by day on that means will give you perfect satisfaction and perfect fullness of self. (Vijñānabhairava 148)

Here, the author says that it doesn’t matter which means you take out of these one hundred and twelve ways. The fullness you experience through constant practice gives you perfect satisfaction and fullness of self.

This is stated in Spanda in this verse: 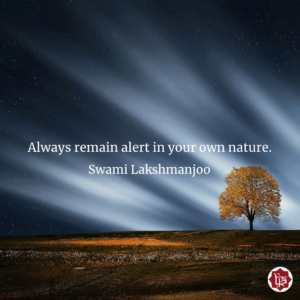 If you lose awareness, then you are gone. You have destroyed the reality of life. You must, therefore, be aware. If you are fully aware of your thoughts, then you will not see any thoughts there. You can’t be partially aware while thinking; this won’t accomplish anything. Be fully aware of what you are thinking and you won’t think anything. If you are aware of what is happening next, nothing will happen. If you are aware that you are dying, you won’t die. If you are aware that you are going from wakefulness to the dreaming state, you won’t go. On the contrary, by establishing this awareness, you will get entry into God consciousness. This is the greatness of awareness, that if you are always aware in continuation, always one-pointed and residing in the one-pointed state of God consciousness, you won’t think anything. If, on the other hand, you are unaware, you will miss the reality of your life.

Continue with verse 10 of the Shiva Sutras Vimarshini.

Or read more in-depth on Spanda (verses 12 and 11) in this blog post from the Spanda revealed by Swami Lakshmanjoo.