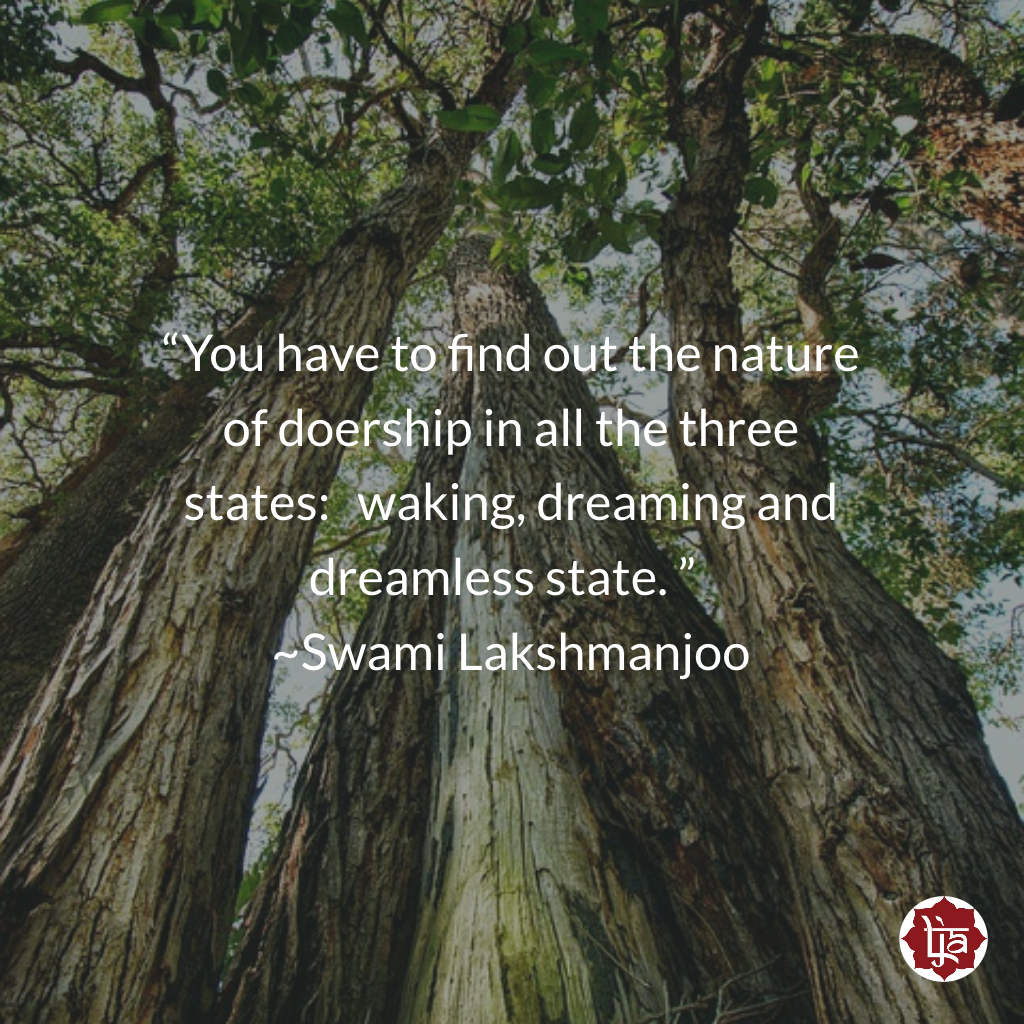 In this excerpt from The Mystery of Vibrationless-Vibration in Kashmir Shaivism: Vasugupta’s Spanda Kārikā & Kṣemarāja’s Spanda Sandoha Swami Lakshmanjoo explains what is really to be realized in Kashmir Shaivism and urges us to find out the nature of doership in all the three states, “at least in the gap . . . with our master’s grace”.

He also clarifies the differences between the three different types of yogis and their level of realization of what is to be realized.

“You have to find out the nature of doership in all the three states, waking, dreaming and dreamless state.” ~Swami Lakshmanjoo 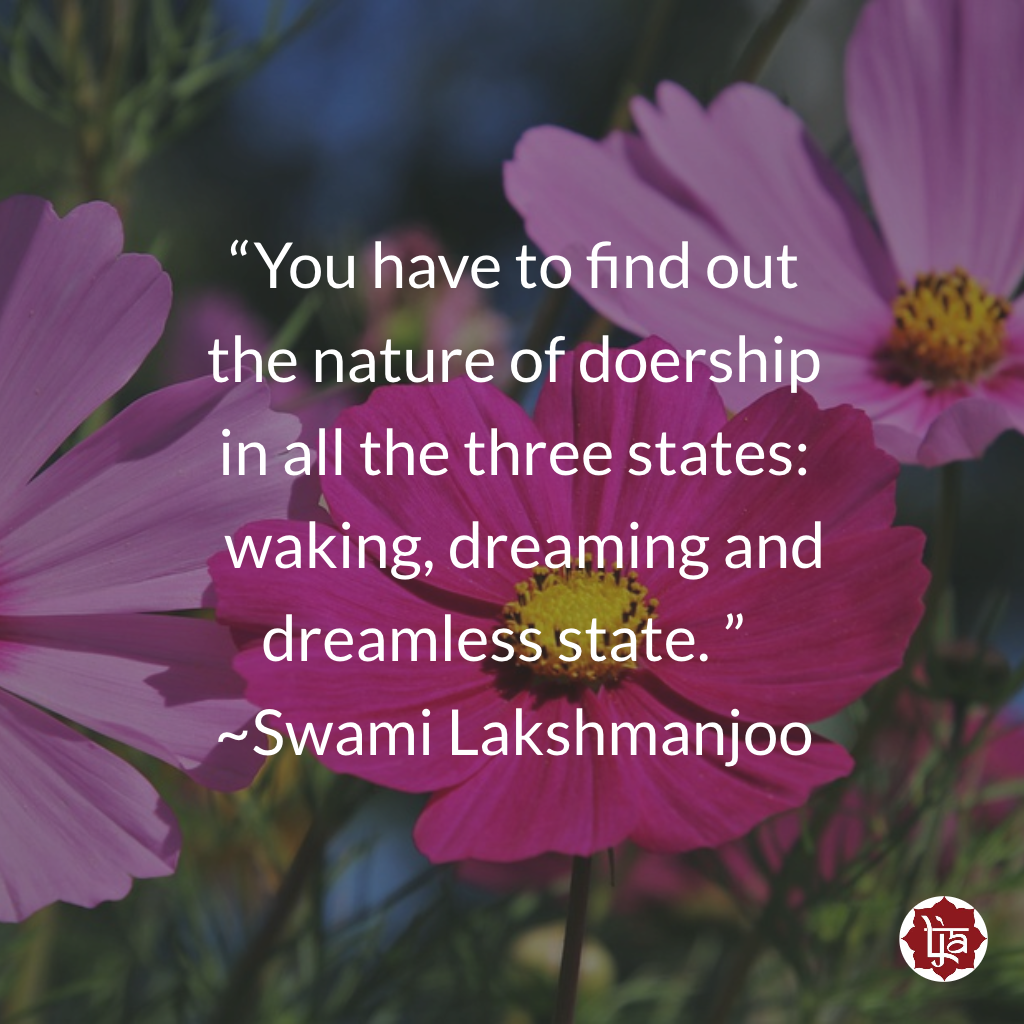 What was to be realized?

JOHN: His own real nature.

SWAMIJI: No. [The state of] kartṛtva (doership), not the done! Whatever is done, it is done; it is outside, it is in the outside cycle. You are the doer, you are existing in your own nature–that will never vanish!

Suprabuddha yogi is that kind of yogi who is always alert in his nature, who is naturally alert in his own way.

That suprabuddha yogi perceives that nature of God consciousness of doership.

ERNIE: The junction, the gap.

ERNIE: In the gap.

SWAMIJI: Because he is kept away from God consciousness altogether.

ERNIE: Then, but he is still a yogi.

SWAMIJI: He does practice just as we do, without knowing anything (laughter). But you must be a prabuddha yogi; at least you must be a prabuddha yogi. You must find out the reality of this turya in-between these two states: jāgrat (wakefulness) and svapna (dreaming), in the center of jāgrat and svapna, or in the center of svapna and suṣupti (deep-sleep), or in the center of svapna and jāgrat. You have to find out! If you don’t find It out, then there is no hope. So you must strive for It! You must struggle for It! And this is done by the grace of the master. Bas.