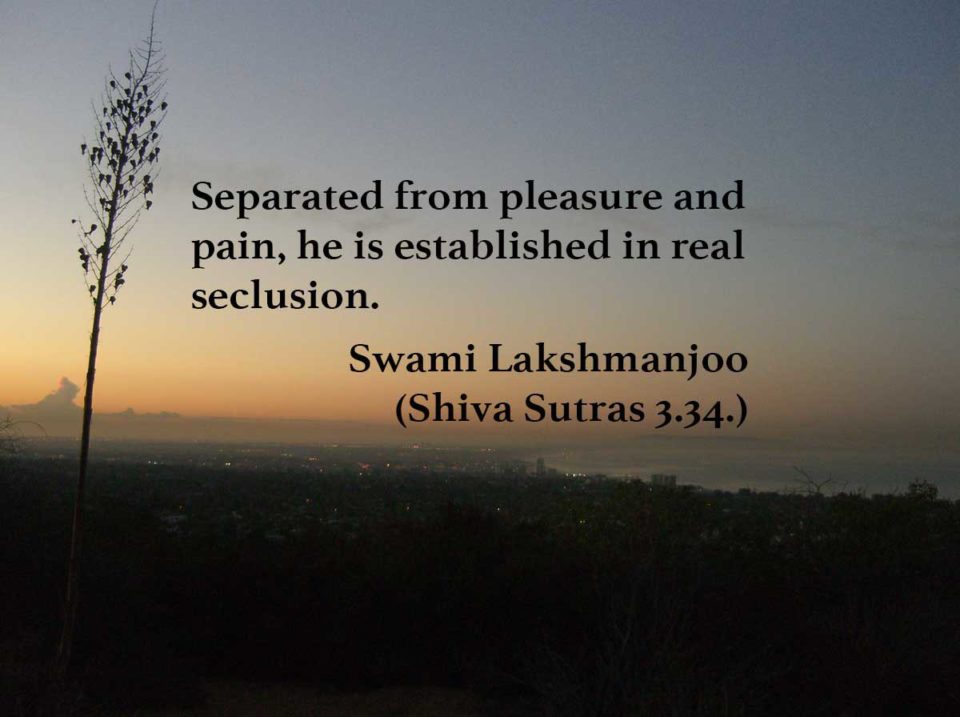 In this excerpt from the third awakening of the Shiva Sutras: The Supreme Awakening Swami Lakshmanjoo explains how to be established in real seclusion. “The yogi who has crossed the individual state of I-consciousness is never touched by pleasure and pain. So, . . .”

Separated from pleasure and pain, he is established in real seclusion. 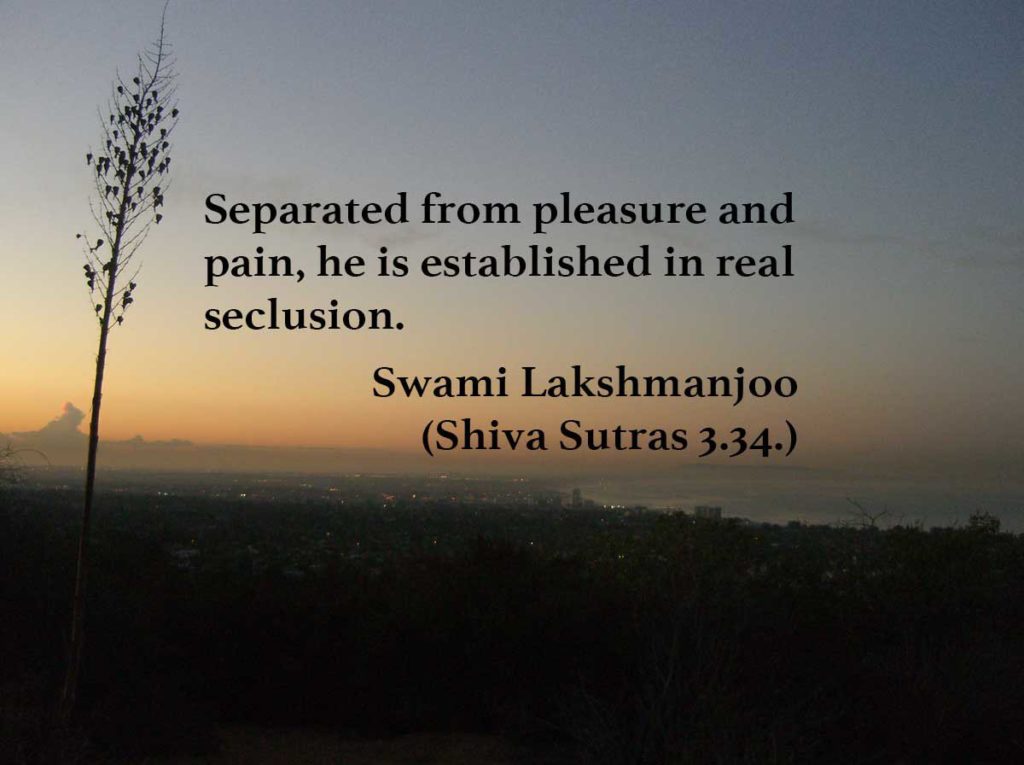 The yogi who has crossed the individual state of I-consciousness is never touched by pleasure and pain. So,

34. tadvimuktastu kevalī //
Separated from pleasure and pain, he is established in real seclusion.

It is rightly said in Upaniṣads:

In the beginning, there was only one Lord, and because he was only one, there being no other, he became afraid.

The one who is absolutely freed from pleasure and pain is solely established (kevalī) in the formation of God consciousness. In Kālikākrama, it is said:

All those states, like the perception of pleasure and pain and the thoughts associated with them, have arisen by imagination. That differentiation is actually the great illusion of duality. Herein one distinguishes between two opposites, such as the differentiation between pleasure and pain, thinking pleasure is welcome and pain is to be avoided. The yogī who has destroyed this kind of illusion actually attains the real fruit of yoga. (Kālikākrama Stotra)

And now, contrarily, the author will, in the next sūtra, explain the state of individuality that is absolutely the opposite of this state.