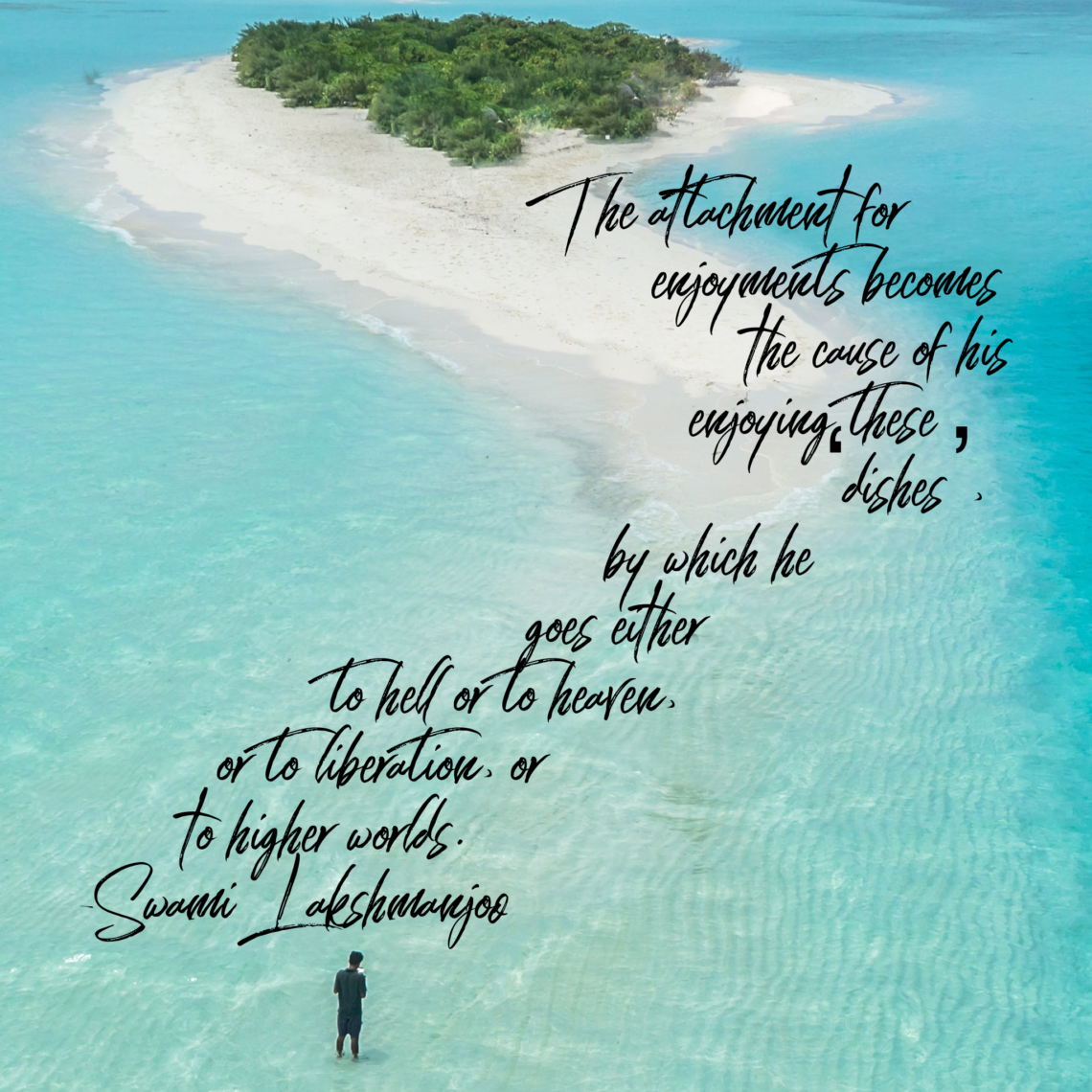 Swamiji says, “Anyone who fortunately understands what is puruṣa and what is prakṛti and what are these guṇas by which I was kicked by, played by prakṛti, sarvathā, if he knows, if he comes to this understanding, then he remains away, he remains aloof from prakṛti. He does not allow prakṛti to touch him!” ~Swami Lakshmanjoo

SWAMIJI: . . . unconscious. Sukha, duḥkha, and moha, these are the three guṇas: sukha is from sāttvic, duḥkha is from rajas, moha is from tamas.

Duḥkha is activity, e.g., going to the cinema, going to play ball, baseball, whatever ball he plays, that is rajas.

And sukha is sāttvic, e.g., when he is seated and prays to God, at that time it is sāttvic. 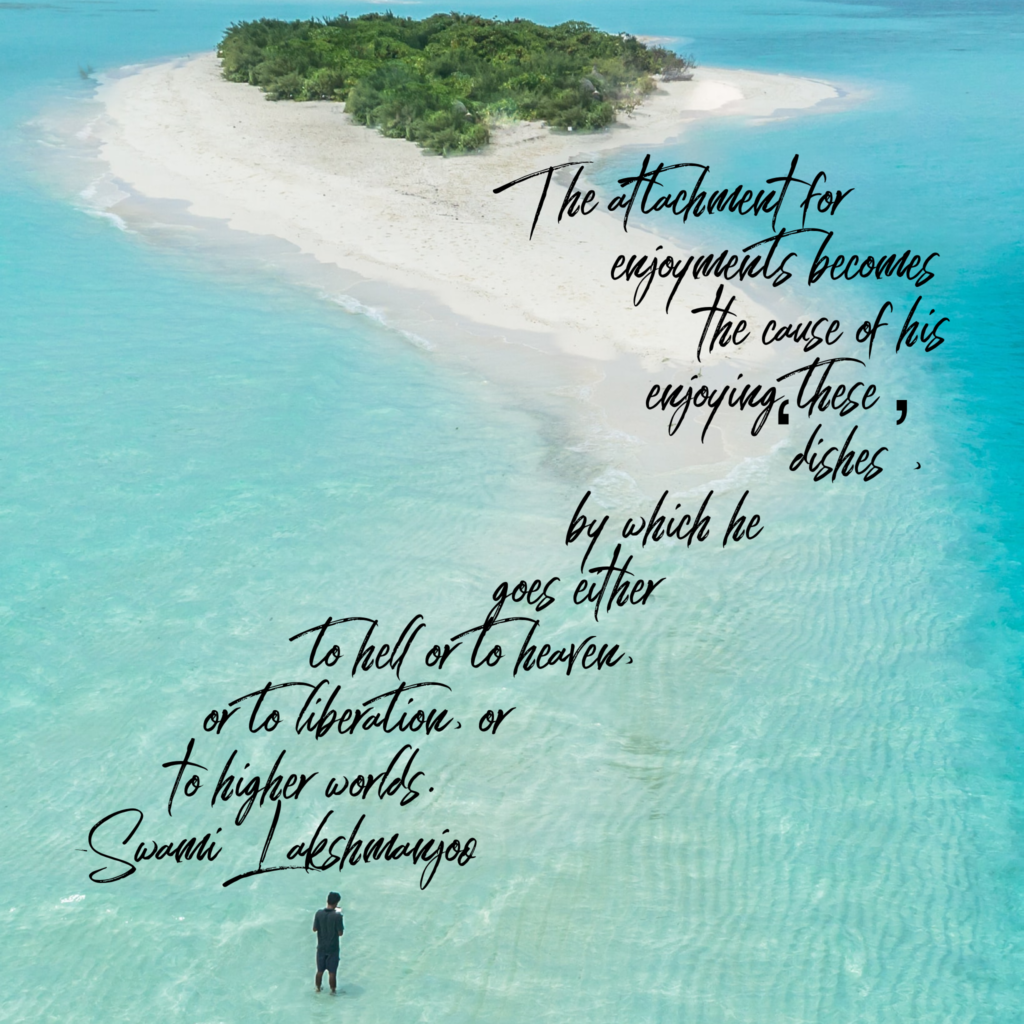 Upadraṣṭānumantāca, and in the long run, there is another being, that is Parabhairava . . .

Upadraṣṭā, [the one] who is witnessing, what is going on, what is this damn thing going on, [i.e. happening] to puruṣa, and he is tossed [around] with prakṛti, upadraṣṭā, He sees, He observes, He witnesses, anumantā ca, and He thinks how far he [puruṣa] is entangled by prakṛti, and He is Himself Maheśvara, Parabhairava, paramātma. Paramātma means supreme being. Deha asmin puruṣaḥ, and He is also existing in deha (body) and observing what is happening to that [puruṣa]. Both are [there]; one is above that and one is entangled in prakṛti.

Now, there are some, a few, who are, who have been graced by the śaktipāta of Parabhairava.

Anyone who fortunately understands what is puruṣa and what is prakṛti and what are these guṇas by which I was kicked by, played by prakṛti, sarvathā, if he knows, if he comes to this understanding, then he remains away, he remains aloof from prakṛti. He does not allow prakṛti to touch him!

JONATHAN: So he can only become aware of that in samādhi though?

So there are such people . . . it is not meant that only by/in samādhi they will understand Him.

*”The guṇas are the agitated formation of prakṛti.” Swami Lakshmanjoo, Tantrāloka 9:230, USF archive.

408.  “Kāraṇaṁ guṇa saṇgo’sya, the cause of enjoyment, enjoying the three dishes [i.e., three guṇas], is only the attachment for those enjoyments. This attachment for enjoyments becomes the cause of his enjoying these dishes, sat asat yoni janmasu, by which he goes either to hell or to heaven, or to liberation, or to higher worlds.” Swami Lakshmanjoo, Bhagavad Gītā audio, USF archive.

Source: Bhagavad Gita, in the Light of Kashmir Shaivism by Swami Lakshmanjoo