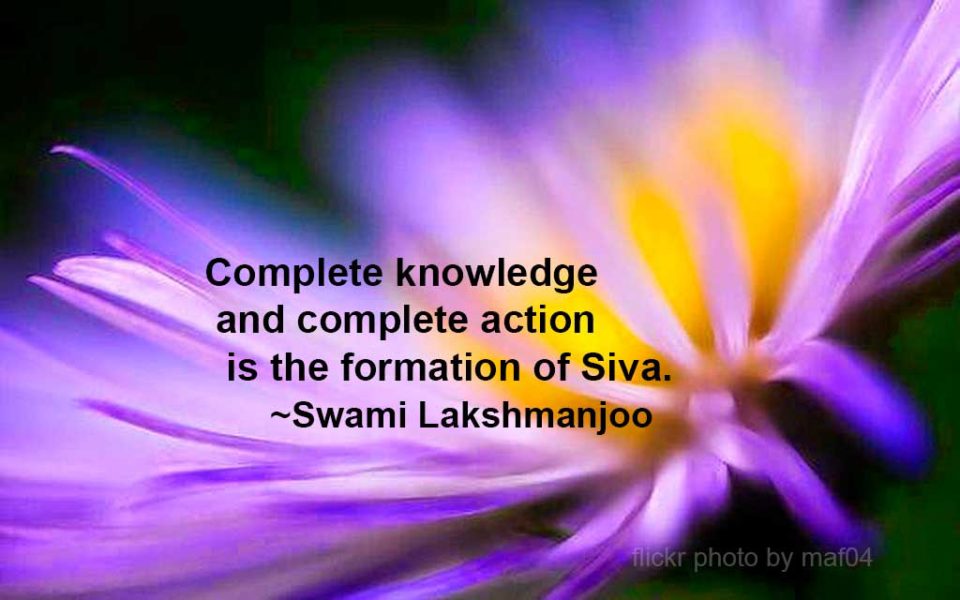 In this excerpt from Light on Tantra in Kashmir Shaivism, Abhinavagupta’s Tantraloka Chapter One Swami Lakshmanjoo reveals what is knowledge and what is ignorance. 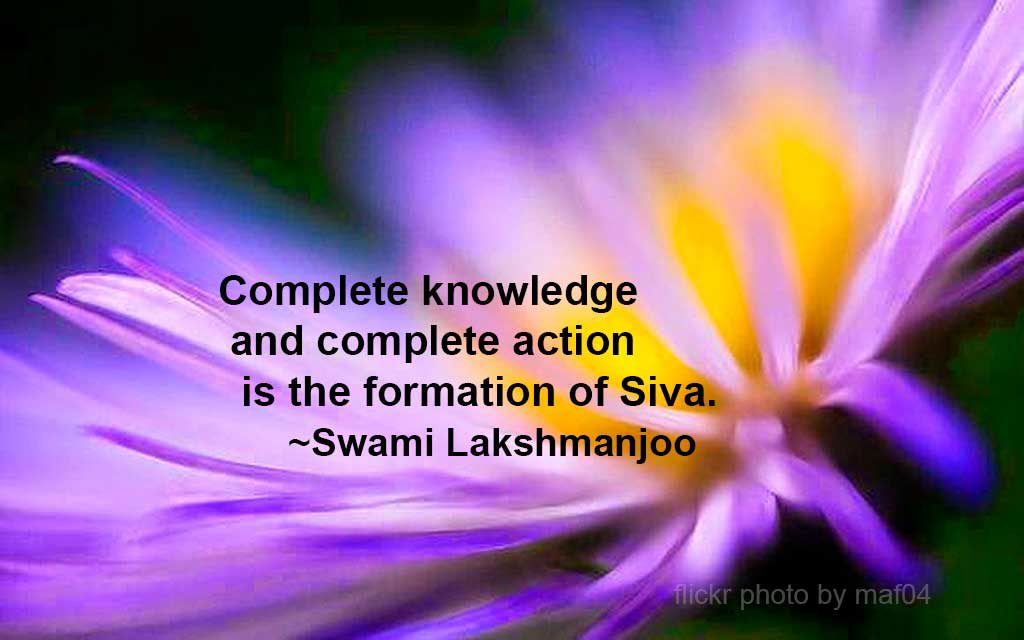 C) The two ways of

Now, he explains in the following ślokas what is knowledge and what is ignorance.

Now he explains them fully in the following ślokas, thirty-seventh and a half:

SWAMIJI: Avikalpitam, [it seems] real. He94 considers that, “It is my own real knowledge. That differentiated knowledge and differentiated perception of being is my own.” That is avikalpitam. It is vāstavam95 from his point of view.

SCHOLAR: But also in the sense of, for him, at the limited level, it is nirvikalpam.96

SWAMIJI: No, no, not prathamālocanātmakam.

SCHOLAR: Well, the commentator takes it like that I think.

SWAMIJI: Not the direct perception.

SWAMIJI: Yes, yes. Yes, from that point of view it is. The thirty-eighth [śloka]:

SCHOLAR: So in that sense, too, it is avikalpitam.

SWAMIJI: Yes, in that sense.

JOHN: What is that word?

SWAMIJI: In āṇavamala. After āṇavamala, buddhi has come into existence.

93 A-priori: reasoning or knowledge which proceeds from theoretical deduction, inference, or postulation, rather than from observation or experience.

94 Lord Śiva who has assumed the condition of an individual (paśu).

96 According to Kashmir Shaivism, the foundation of ignorance (āṇavamala) itself is a thought-less (nirvikalpa) condition because nirvikalpa always precedes, and is the very life of, ideation (vikalpa).