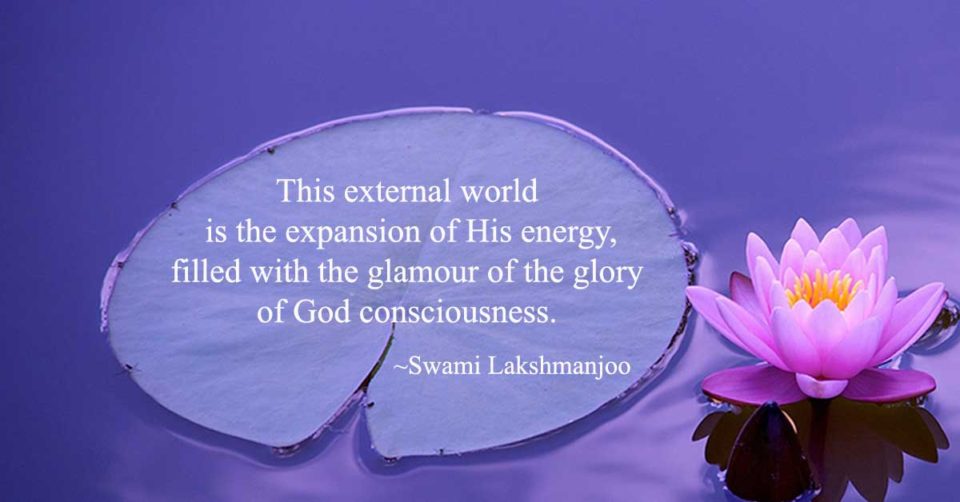 “When Swamiji uses the word glamour he is referring to the beauty, shining, effulgence, brilliance, dazzle, illumination, luster, radiance and splendor of our Divine Nature or Self, the Bliss of Svātantrya Shakti.” ~Denise Hughes

This is the first part in a series of excerpts on the subject of glamour. The excerpt below is from Chapter 2, verse 61 of the Bhagavad Gita, in the Light of Kashmir Shaivism. The audio samples below the video are from unpublished audios and transcripts of Tantraloka, 13, 15, 10th āhnika.

Excerpt from Chapter 2, verse 61 of the Bhagavad Gita, In the Light of Kashmir Shaivism…

SWAMIJI:  Śaktipāta means showering of grace of Lord Śiva. He showers grace. If he showers grace in its full glamour, then you become capable of treading on śāmbhopaya path; your intellect, your understanding becomes refined by his grace. It is by his grace that capability is attained.

So this best and the first class theory is . . . what is that?