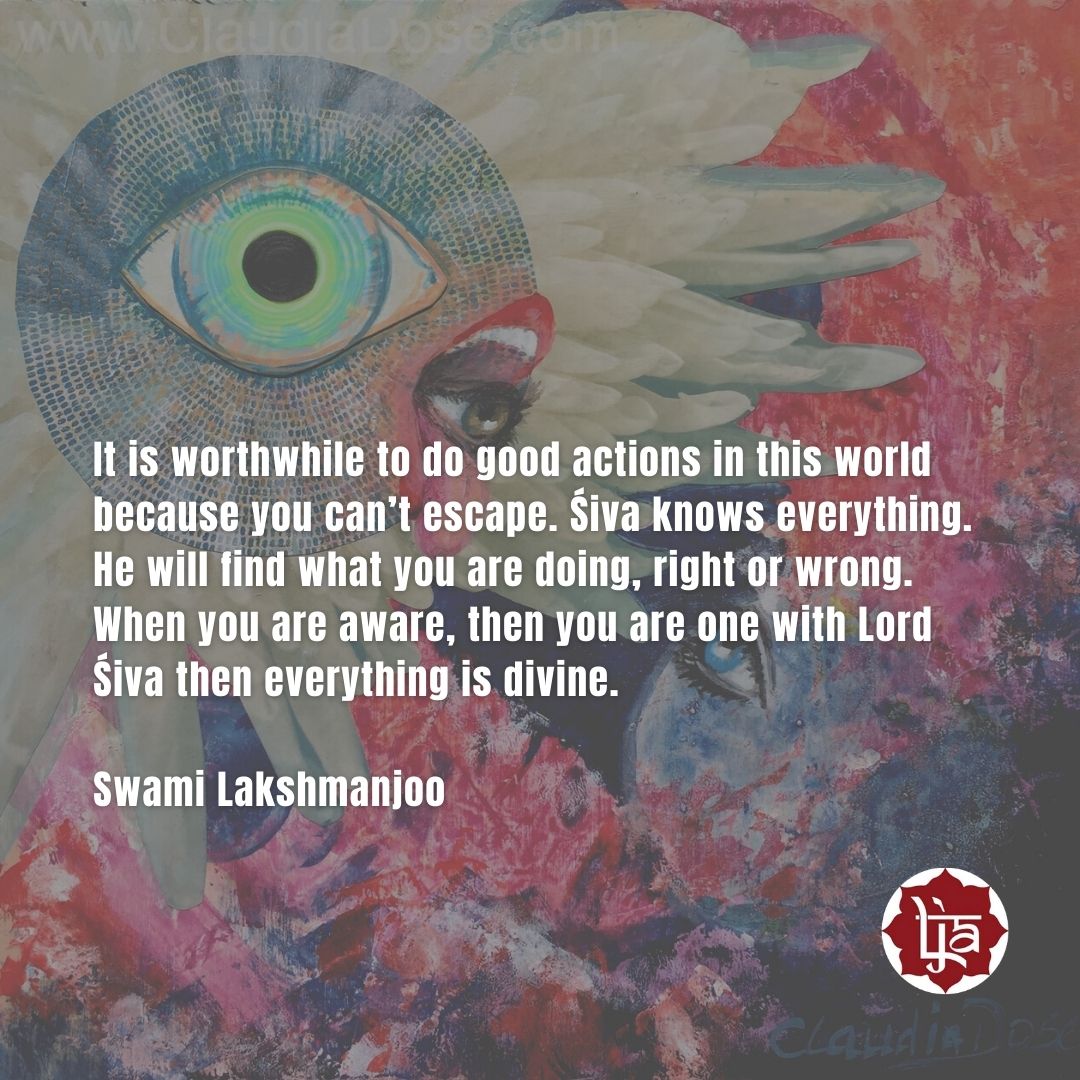 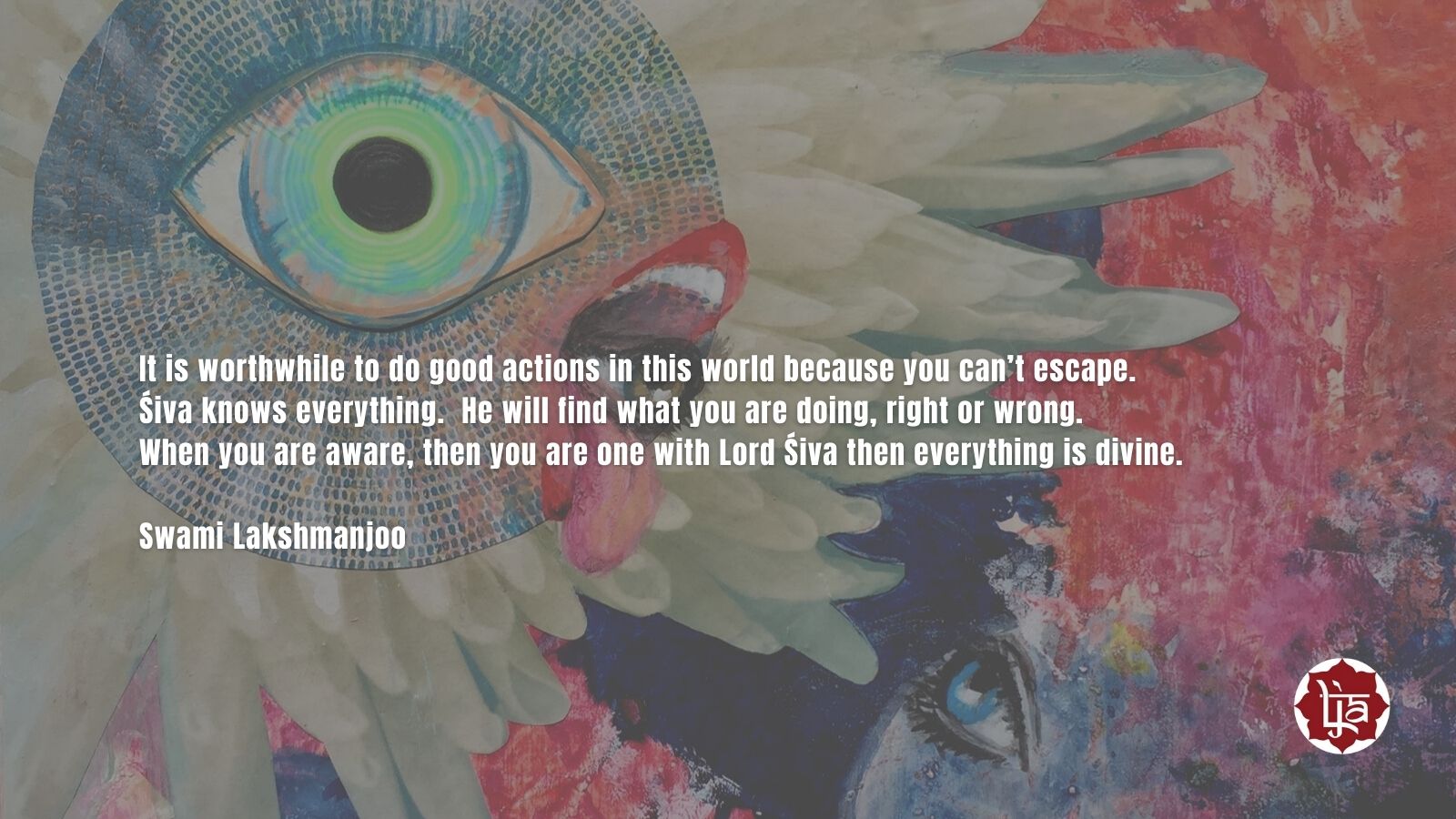 Painting by Claudia Dose, used with permission of the artist.

For instance, one-pointedness means all pervasiveness.

STEPHANIE:  Everything is there.

STEPHANIE:  Everything is there, in that seed.

SWAMIJI:  Everything, yes. It is called bindu āvṛiti, yes.

SWAMIJI:  No, if you have got entry in bindu āvṛiti.

ERNIE:  Which means you have to be one-pointed.

BRUCE H:  For all individuals existing it is everything?

Śāntaytītaḥ śivastatra, there in the center of that lotus you will find śāntyatītaḥ Śiva, Śiva who has crossed the circle of śāntātītā kalā.

So you must understand nothing escapes there, nobody can escape from that bindu.

BRUCE P:  But at first you said, “nothing is there?”

SWAMIJI:  Because it is bindu, it is only one point, and everything is there. If there is nothing, that is everything.

And in this śāntātītā śiva; nivṛitti kalā, pratiṣṭhā kalā, vidyā kalā, śāntā kalā all these other four circles are found there, in this fifth circle [of] śāntātītā kalā.

You will find numberless rudras, numberless worlds there, existing in this bindu. So everything is there, nothing is deleted there. Right from kālāgnirudra bhuvana to Śiva, you will find in bindu.

ERNIE:  So a ‘dot’ represents bindu.

SWAMIJI:  A dot, yes. In dot everything is found.

ERNIE:  Because the circle is complete, it is whole?

SWAMIJI:  Yes, it is complete; it is whole.

ERNIE:  Whereas a line continues and continues . . .

In Mataṅga śāstra it is said, this is an absolutely pure element of bindu. Catur mūrtim ayam and in this śantātītā Śiva, who is existing in this bindu, in this dot, he is surrounded by four murtis: nivṛitti kalā, pratiṣṭhā kalā, vidyā kalā and śāntā kalā; these circles are there.

And in bindu you will find in a nutshell, all of these [niṣkala].

So it is worthwhile to do good actions in this world because you can’t escape there in bindu āvṛiti.

ERNIE:  But then you say, there are times that you say, “there is no good or bad?”

ERNIE:  This is His creation.

SWAMIJI:  If you know that, then.

SWAMIJI:  Then it is not his creation. It is your own creation.