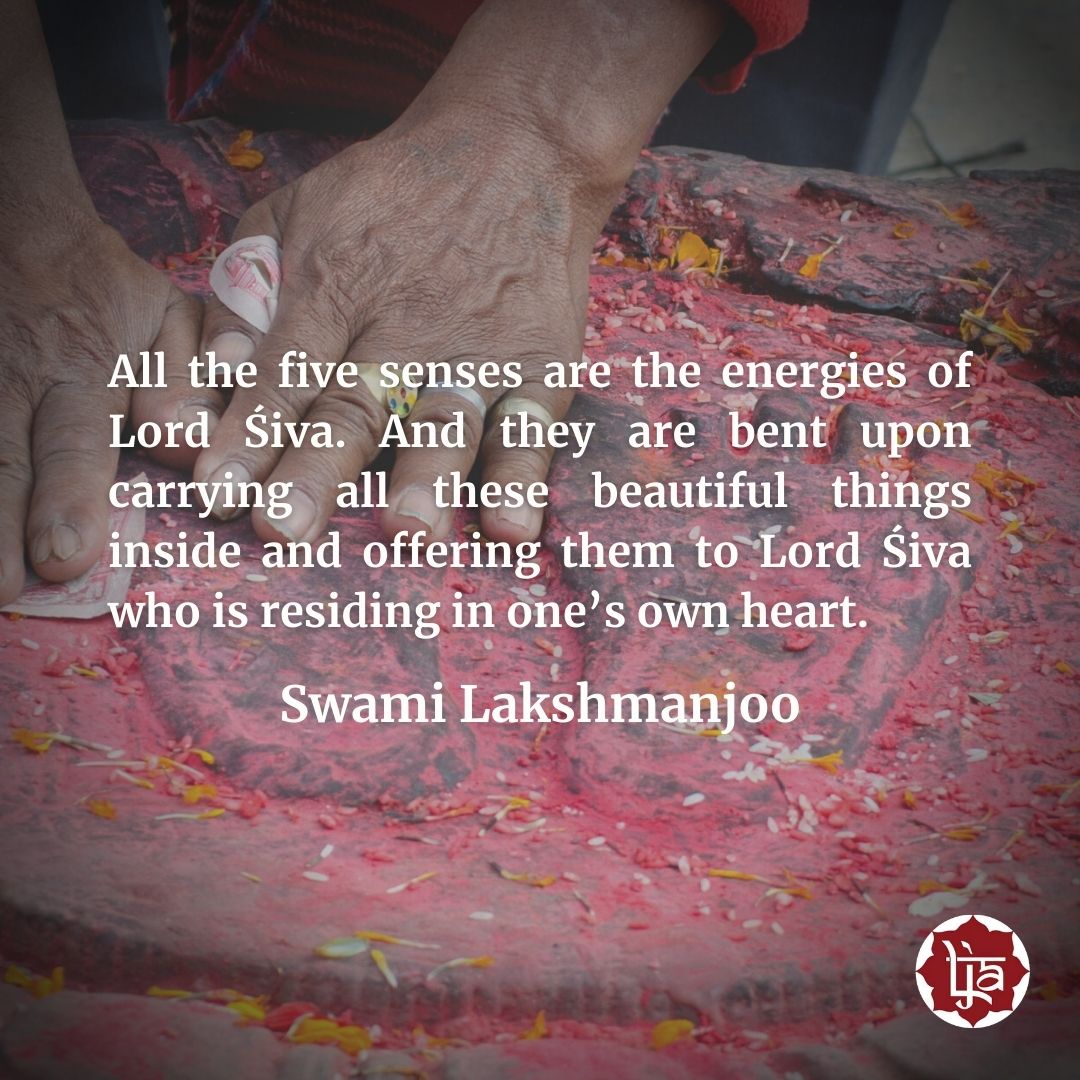 This is an excerpt from devotional Hymns to Shiva, Utpaladeva’s Shivastotravali, Chapter 13 verse 5, Swami Lakshmanjoo explains what Utpaladeva (the author of the Shivastotravali) means when he says, “worshipping Your feet”. 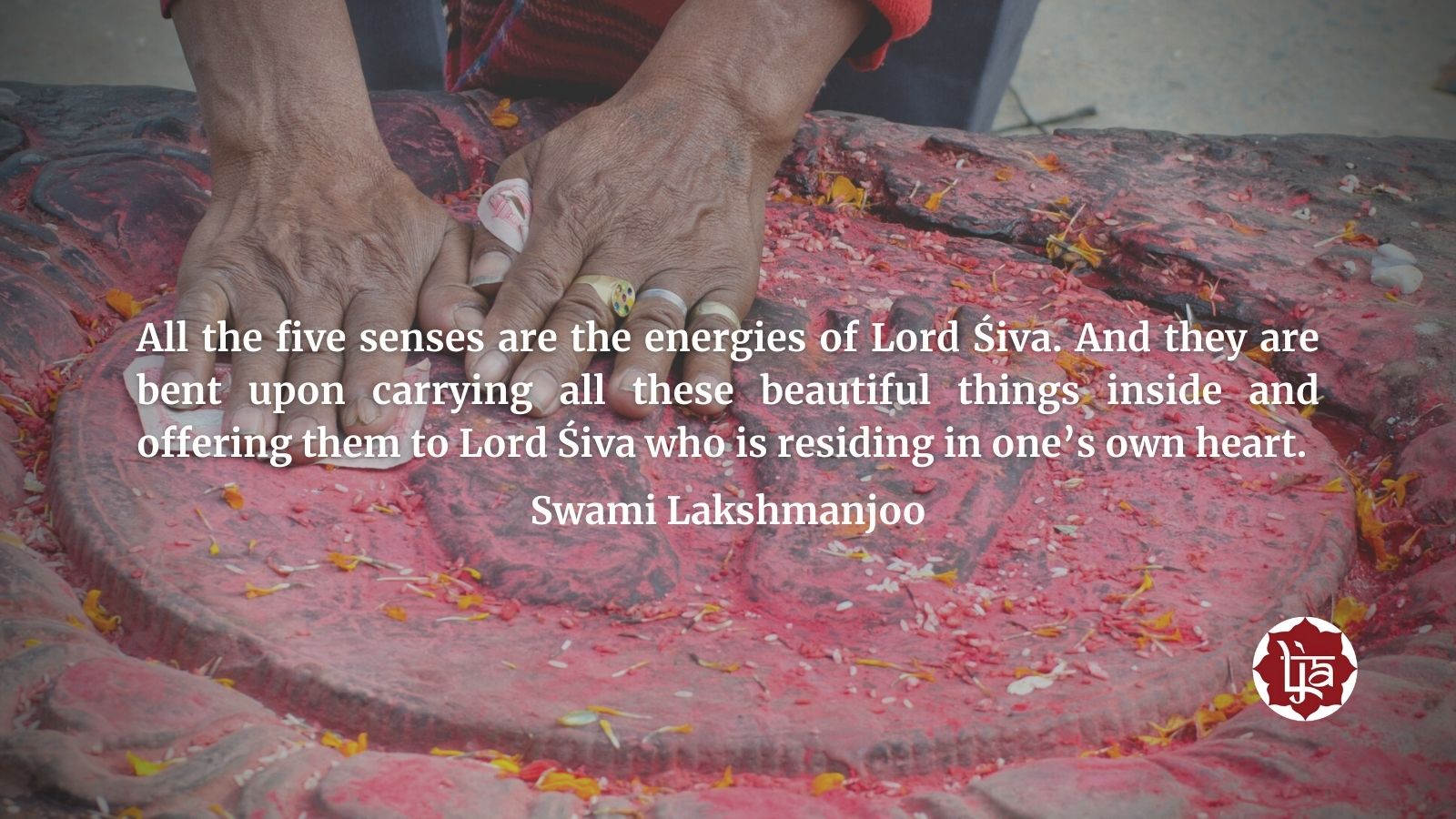 SWAMIJI: Nectar of non-duality. And that perception will be born anew, in a new way.

He wants to become worthy of that kind of perception, i.e., that perception, which has been born anew, afresh.

SCHOLAR: By winding up that old non-appearance of God consciousness, akhyāti samāhāraṇa.

SCHOLAR: Winding that up and revealing that.

And when that janma, that new life, will be possessed by me, let me be worthy then of worshipping You. Let me worship You for always afterwards. Let me be capable of worshipping You (māṁ kuruṣva bhavat caraṇa arcana ucitam).

SCHOLAR: Swamiji, when Utpaladeva says, “worshipping Your feet”, is he just being poetical? [Is it] the same as “worshipping You”, or does he mean for us to understand by “feet” the energies of the Lord?

187 Pertaining to the organs. [Editor’s note]