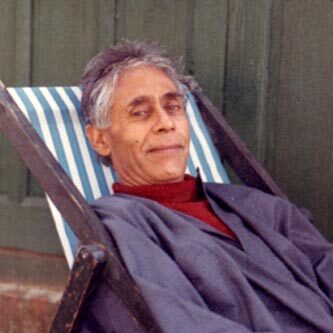 This lecture is an excerpt from the Vijnana Bhairava: The Manual for Self Realization by Swami Lakshmanjoo).

Introduction by John Hughes: “The narrative begins with Bhairavī, feigning ignorance, telling Bhairava that, even though She has heard all the various theories and explanations of the nature of reality, She still has doubts and is not completely satisfied. She implores Bhairava, “What is the real essence of the way we have to tread? Please, O Lord, remove My doubts entirely.”

Bhairava answers by telling Bhairavī that She has asked the question that is worth asking. He says it is a question–a secret question–that is the real essence of all Tantras. He then continues by explaining that all the processes illuminated in the Tantras are not meant for great or highly elevated souls, but for those who are not completely developed. He emphasizes that all these processes are just to begin with: “You begin with them and then leave them aside.” This is because, in reality, the supreme state is not achieved by the support of the means (upāya). These practices are only capable of assisting the aspirant to meet God half-way, and the rest happens automatically by the independent grace of Bhairava. But it is important to understand that even the mere thought or desire to practice is a sign of God’s grace.” Read more from the introduction of the Vijnana Bhairava here… 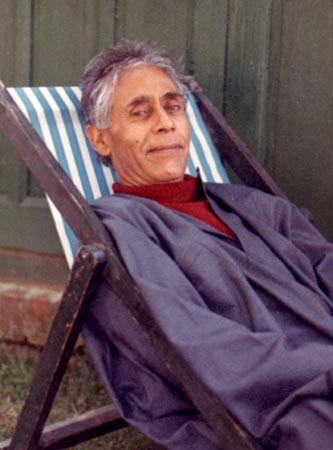 Now, one hundred and twelve ways will be explained.65

This upāya, this means, is connected with āṇavopāya. It can’t be śāktopāya or śāmbhavopāya. It is āṇavopāya because it is functioning in the objective field of consciousness.

Ūrdhve, you have to take the breath [out] from the heart to dvādaśānta, and take it in from dvādaśānta to the heart again, and recite prāṇa and jīva. “Recite prāṇa” means, recite ‘sa’, the letter ‘sa’, and “recite jīva” [means, recite] the letter ‘ha’. And, in these utpatti dvitaya, in these two starting points, you have to recite visarga and ‘aṁ’-kāra. The visarga of ‘sa’ will be recited in the outward dvādaśānta, and the ‘aṁ’-kāra of ‘ha’ will be recited in the heart. When you take your breath inside, [the recitation of ‘ha’] will end in ‘aṁ’69. When you take it out, [the recitation of ‘sa’] will end in visarga–‘saḥ’. And, in these two starting points, if you concentrate, you will become one with Bhairava because of its fullness.

64 Attainment (prāpnuyāt) of the evident or intuitive perception or realization (sākṣātkāra).

65 Up to verse 23, the traditional commentary is by Kṣemarāja, the principle disciple of Abhinavagupta. From verse 24 onwards, Kṣemarāja’s commentary appears to have been lost, although, in his various writings, Śiva Sūtra Vimarśinī, etc., he includes many of the later verses of the Vijñāna Bhairava. The commentary after verse 23 is by Śivopādhāya, though Swamiji added that, “Śivopādhāya was just a Śaivite-cum-Vedāntist. He was not an actual Śaivite, not a pure Śaivite.” Vijñāna Bhairava, additional audio (USF archives).

67 A technical term in Kashmir Shaivism, literally meaning “twelve finger spaces.” In this case, it refers to bāhya dvādaśānta, the starting point of breath outside (bāhya) the body, twelve finger spaces from the center of the eyebrows.

68 The vowel, ‘aḥ’, which is represented by a colon in the Sanskrit alphabet, literally means “emission” or “flow”.

(source: Manual for Self Realization: 112 Meditations of the Vijnana Bhairava Tantra,
by Swami Lakshmanjoo)
All Content is subject to Copyright © John Hughes.