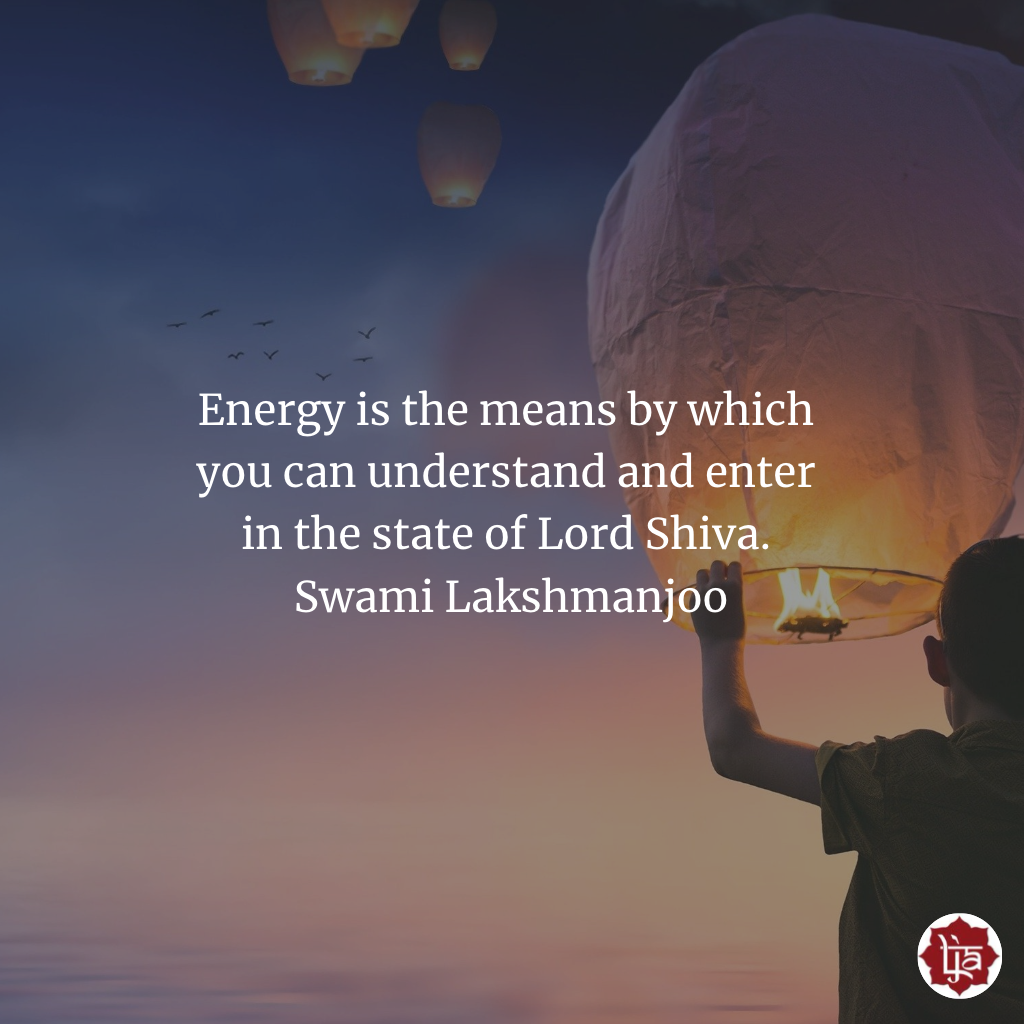 In this excerpt from the Manual for Self Realization: 112 Meditations of the Vijnana Bhairava Tantra, Swami Lakshmanjoo explains how “Energy is the means by which you can understand and enter in the state of Lord Shiva.”

You can study the previous verses here… 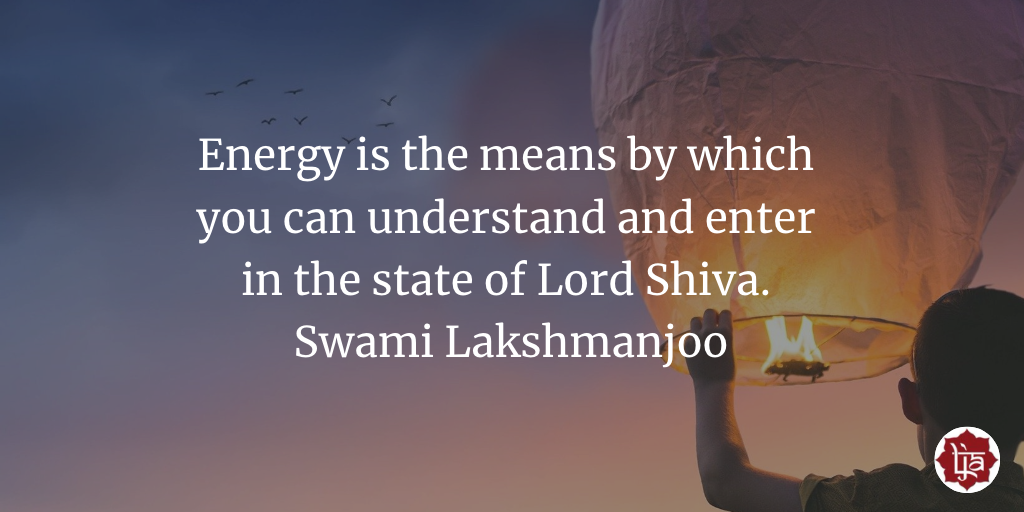 O dear Pārvatī, just like with the light of your candle or torch (dīpasya ālokena, by the light of your torch, or candle, or by the rays of the sun), all the differentiated points of deśa (space) are known, are understood, in the same way, Śiva is being understood by Śakti, by His energy.

Energy is the means by which you can understand and enter in the state of Lord Śiva.

62 Contemplation, meditation, in continuity; when you sentence your mind with awareness to one point.

(source: Manual for Self Realization: 112 Meditations of the Vijnana Bhairava Tantra,
by Swami Lakshmanjoo)
All Content is subject to Copyright © John Hughes.