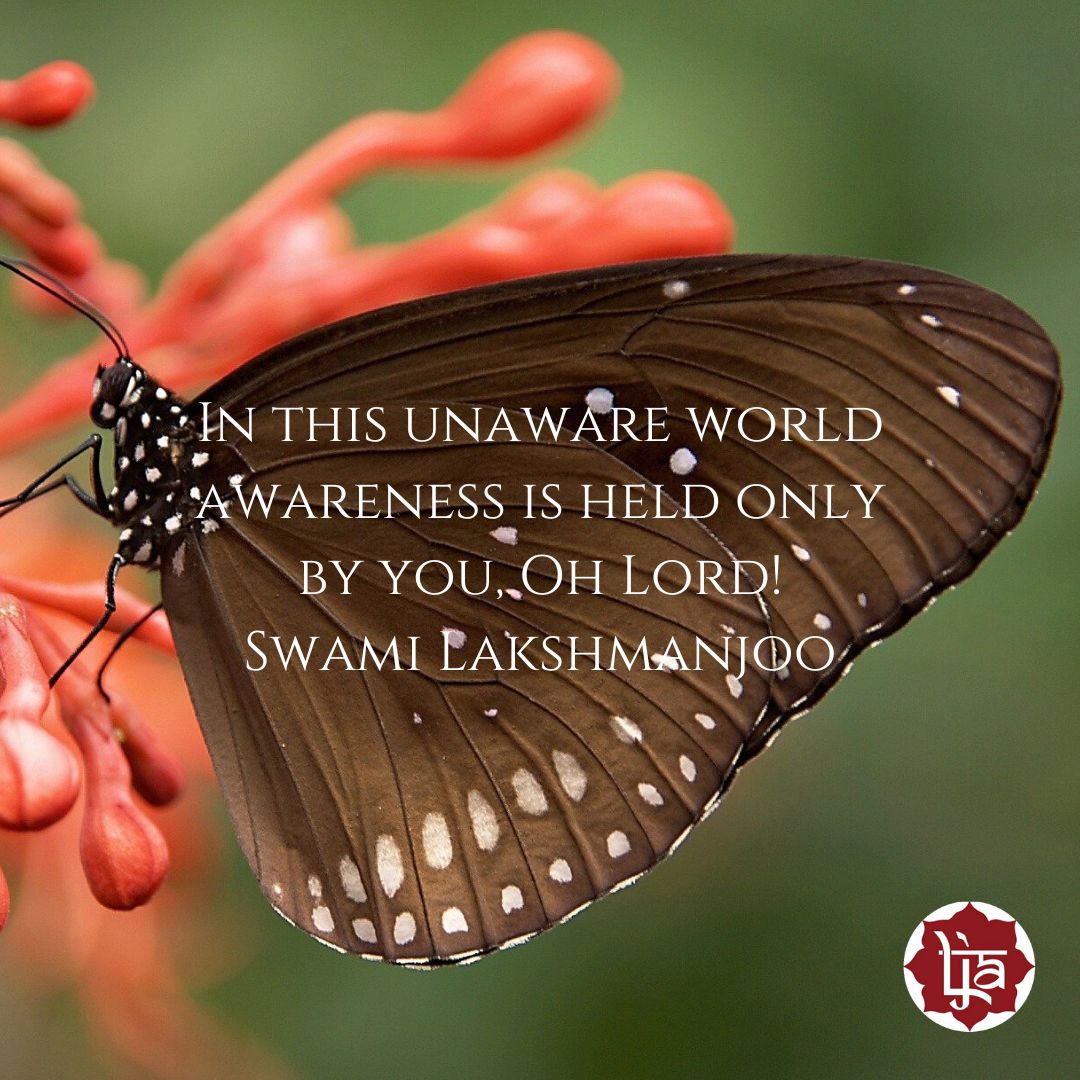 Excerpt of verse nine from the third awakening of the Shiva Sutras: The Supreme Awakening, by Swami Lakshmanjoo. This is a transcript of the audio not the text from the book. 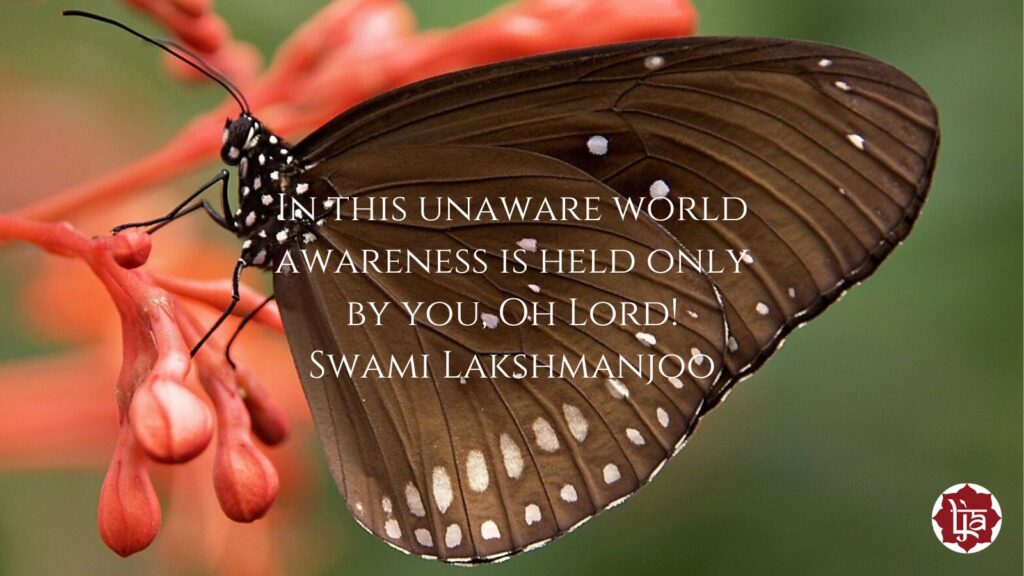 Do you know what universal dance is?

SWAMIJI:  The creation, going, birth, death, joy, sadness, depression, joy, enjoyment, everything, whatever you experience in your life, that is the dance, that is the drama.

. . . in that drama, in that field of drama, the dancer is your own nature–nartaka ātmā–the one who dances in this field of drama, drama of universe, universal drama. Universal drama is drama for those who are aware of it. Who are not aware they are played in drama; they are played in drama. So, they get sadness they get enjoyment, they get joy, they get excitement they get depression. But those who are aware they are always high, elevated.

SWAMIJI:  Those who are spectators. By spectating you must know that awareness is spectating; when you are aware of that.

The dancer is your own Self, there, in that drama of universe.

Your own Self of universal consciousness is in fact the dancer because He dances. The dancing, what dancing means; he puts forth that explanation.

Antar vigūhita svasvarūpa avaṣṭambha mūlam, the dancer is that who conceals his real nature. When you conceal your real nature of your Being and reveal another formation of your being to the public, that is the dancer, that is the way of dancing.

[Swamiji gives the example of a professional dancer from Kashmir.]

I do not know what to say.

I have forgotten because by these actions.

Because my connection of awareness was disconnected.

How can I remember what I had to say?

Bhagavan Dass: The role of being Mohammed Bhat.

MOHAN: You were talking about that dancer Mohammed Bhat.

So, antar vigūhita svasvarūpa, although his svarūpa [real nature] is concealed to public, but avaṣṭambha mūlam in fact he knows that he is that fellow.

MOHAN:   He knows his own self.

SWAMIJI:  His own self.

Svaparispandalīlaiva svabhittau prakaṭayati iti nartaka, but he actually is playing like that. Actually this is his play; it is not his real action. Real action is his being in his own universal God consciousness in each and every diversion of revealing his nature, revealing his formation, differentiated formation.

At the time of revealing his differentiated formation in that state of jāgrat, wakefulness, there is diversion; he diverts his universal consciousness in the state of wakefulness. And at that state also he finds that he is playing.

DEVOTEE:  All this is his play.

SWAMIJI:  So this is the play.

So this is what is called nartaka, the dancer, this is the way of dancer.

In one way, O Lord Śiva! You are antarātmā, you are actually residing in your own nature, but kośarakṣitā, but, your coverings are different, you have put another covering. One way of covering and that universal God consciousness appears as wakefulness. Another way of covering is put there, and you find that universal consciousness is not there, it is the state of dreaming, dreaming state; and it [next] is the state of dreamless, and suṣupti, and so on.

And next Saturday is a holiday.

SWAMIJI:  Protecting it for the time being.