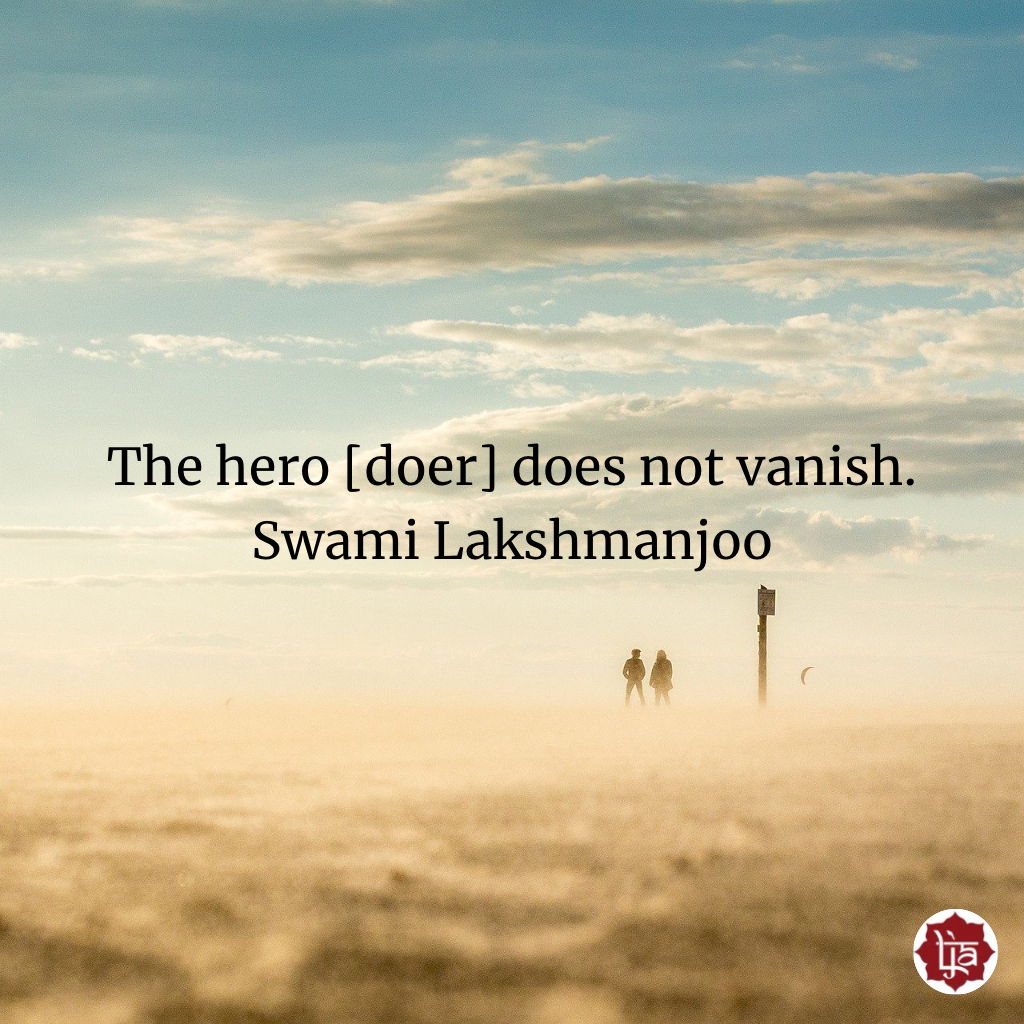 In this excerpt from the Spanda Kārikā, which is part of the book: The Mystery of Vibrationless-Vibration in Kashmir Shaivism – Spanda Kārikā & Spanda Sandoha Swami Lakshmanjoo talks about the two states which we experience in this world. Read along with the transcript in this video recording or read the transcript below…

For instance, you work, you go to the office, you marry, have children, have babies (get yourself married and then have children), and then . . .

ERNIE: Your activities in the world.

SWAMIJI: . . . and you have got a big bungalow afterward – motor cars, everything, society, friendship. This is kāryatā.

Kartṛtā is the one who is the hero, who has done all this – the hero.

The time will come [when] this whole cycle of kāryatā will vanish altogether – there will be no son, there’ll be no children, there will be no money, there will be nothing, no wife, no house, no . . . – you’ll be just like a pauper. But kartṛtvaṁ punarakṣayam, but the doer, the hero, is still there. The hero does not get vanished.

JOHN: The doer, the real doer.

Kāryatā kṣayiṇī tatra kartṛtvaṁ punarakṣyaṁ, kartṛtva (doership) is [always] there. The done, whatever is done by that doership, let it be vanished, let it vanish, let it go to hell, but the doership is still existing. 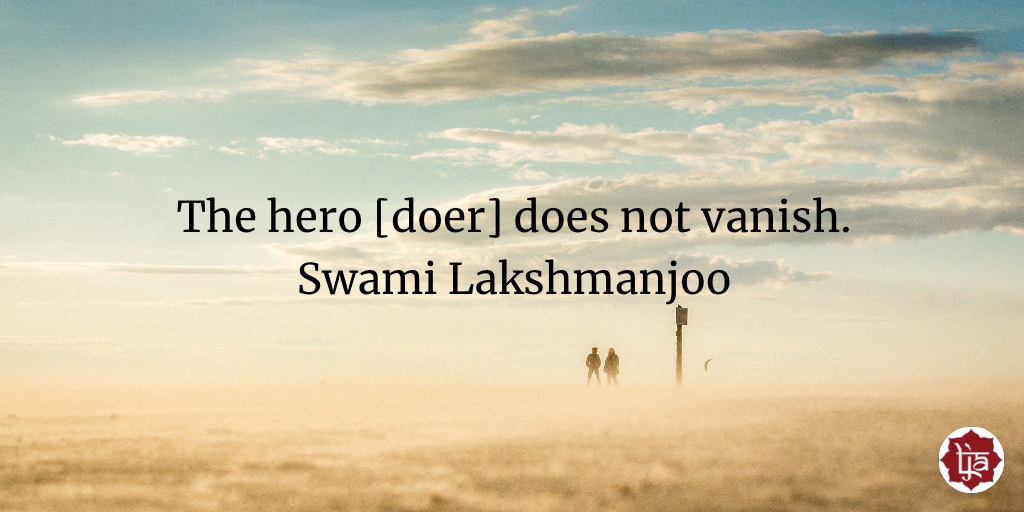 The prayatna, ‘the effort’, the trouble, all this, that vanishes, that is finished. There is no son, there is no wife, there is no . . . nothing remains, only that . . .

SWAMIJI: . . . doer is there. That prayatna is finished, that pratyana has vanished. Tasmin-lupte, when the prayatna is vanished, i.e., his effort, his fruit, along with his effort, along with his fruit, has vanished, he concludes, “I am vanished, I am no more, I am finished! [Swamiji beats his chest] I am finished!” [But] he isn’t finished, he is still there. Tasmin-lupte vilupto asmi iti abudhaḥ, this is the perception of ignorance, this is the perception derived from ignorance that he says, “I am nothing . . . I am ruined . . .  I am spoiled . . . I have no wife . . . I have no children . . . they all were crashed in an air crash . . . finished . . . I am, bas . . .

ERNIE: “I will kill myself.”

Tasmin-lupte vilupto’smītyabudhaḥ, but this is the perception perceived by that person who is ignorant, who is not fully elevated.