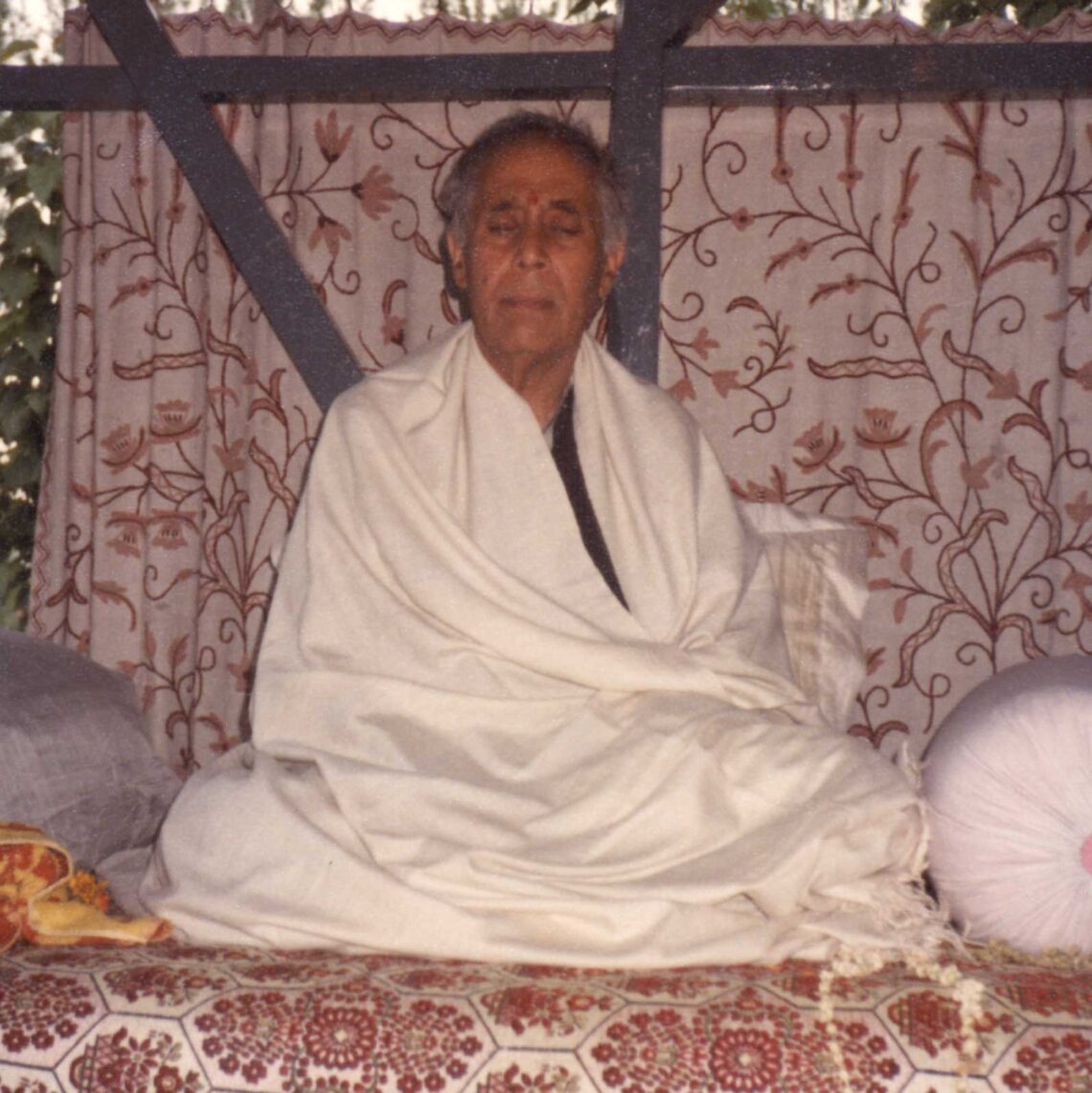 In this special lecture, we will answer the question, are the upāyas a means/practice or a state?

JOHN: Is it the same samādhi?

SWAMIJI: It’s not the same.

JOHN: The journeys are one thing and the states are another thing?

SCHOLAR: Yes, but what is the sign of completeness of āṇavopāya, what is the experience which means the sādhakā has attained?

SWAMIJI: To reach the state of āṇavopāya.

SCHOLAR: What is that state?

SWAMIJI: That is turya.

SCHOLAR: But how is turya experienced there, not as nimīlanā samādhi?

SCHOLAR: What happens when this breath is sucked?

SWAMIJI: Then from mūladhara it rises again – that is the state of śāktopāya.

And when it goes down and in-out, in-out, that is the state of śāmbhavopāya. It is automatic, these states occur automatically, in one instant, there. States have no gap.

SCHOLAR: . . . then there is no space in that description for practice of śāktopāya in between fullness of āṇavopāya?

SWAMIJI: But practice is over, practice is not there. It is the state that comes. Then time will come he will get the state of āṇavopāya. If āṇavopāya he has practiced fully, completely, then he will go automatically in śāktopāya, and śāmbhavopāya too.

SWAMIJI: When he enters in that state.

If your practice is slow and sluggish, and not with full devotion done in āṇavopāya, then it [breath] will be sucked only, and you will come out. When you only practice āṇavopāya in full devotion, then you will go to śāṁbhava state too.

SCHOLAR: But, if a sādhakā was practicing śāktopāya, this would have to mean then, that he had not attained fullness in āṇavopāya, he’d attained proficiency by not fullness.

SCHOLAR: Because if he had attained fullness he would have gone through śāktopāya state, he would be already in śāktopāya.

SCHOLAR: And when he is in śāktopāya, if he is on śāktopāya practice, that means he has not yet experienced fully that state of nimīlanā samādhi, correct?

SWAMIJI: (It seems that Swamiji agrees.)

SCHOLAR: Now, when he experiences that state for the first time . . .

SWAMIJI: Then he is worthy of doing the practice of śāktopāya. He can do it very easily then. Because practice is to be done for maintaining these states. These states are not done; they come.

SCHOLAR: . . . that long process, no. He only experiences that if he is reached his fullness in āṇavopāya.

SCHOLAR: Is it only then that he experiences that long process?

SWAMIJI: He will begin with cit kuṇḍalinī if he develops only śāktopāya practice.

SWAMIJI: He won’t start in sucking breath . . . no sucking of breath.

SCHOLAR: Then how does he experience the rise of kuṇḍalinī?

SWAMIJI: That is what I am going to tell you.

SCHOLAR: But he has already experienced śāmbhavopāya.

SWAMIJI: He has experienced [śāmbhavopāya].

SCHOLAR: So why is he practicing śāktopāya now?

SWAMIJI: To get it fully.

SWAMIJI: Then he practices śāktopāya, and a time comes when the state also is to come now. But the state begins with the rise of kuṇḍalinī, not the sucking of breath down. Sipping is not experienced in that state.

SCHOLAR: But if he doesn’t experience the fullness of āṇavopāya he cannot go on to śāktopāya . . .

SWAMIJI: And once he has developed this kind of state of śāktopāya and goes to unmīlanā [eyes open] samādhi also, then he comes down in jāgrat [wakefulness] again and master tells him to practice on śāmbhavopāya now.

SCHOLAR: But he has already experienced unmīlanā even in āṇavopāya?

SCHOLAR: Now what is that state there? It’s not so great as later on?

SCHOLAR: But he experienced krama mudrā there.

SWAMIJI: Yes, he experienced that too. 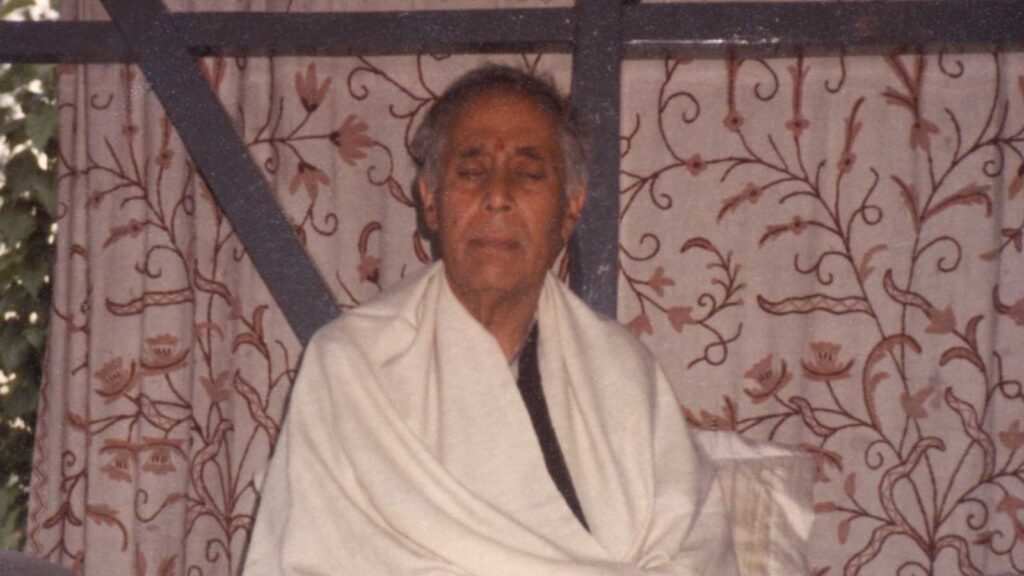 SWAMIJI: Then master tells you to practice śāmbhavopāya now.

SCHOLAR: Where does the breath go?

SCHOLAR: And then what happens in anupāya?

SCHOLAR: He doesn’t do anything there.

SWAMIJI: Then he is complete. He is always drowsy . . .

So everything is complete: āṇavopāya is complete, it will make you reach to its completion, to jagadānanda state. Śāktopāya also.

SCHOLAR: But only a weak form of jagadānanda, only weak form in the first place, not permanent.

SWAMIJI: It is not permanent.

SCHOLAR: To make that permanent he must go in śāktopāya . . .

SCHOLAR: . . . and tread that path. And eventually, tread the path of śāmbhavopāya.

KAMALA:  Even after having experienced it you have to practice it in different forms too.

SWAMIJI: Practicing is done throughout your life.

JOHN: For that jivan mukti who is in anupāya, who is in that state of jagadānanda, does he do practice also still?

SWAMIJI: Yes, he is in practice.

JOHN: Everything is practice for him?

For more information on the “Seven States of ānanda/turya bliss“ see the book Kashmir Shaivism, The Secret Supreme, chapter 16, The Seven States of Turya, or read/listen to this excerpt on our blog.