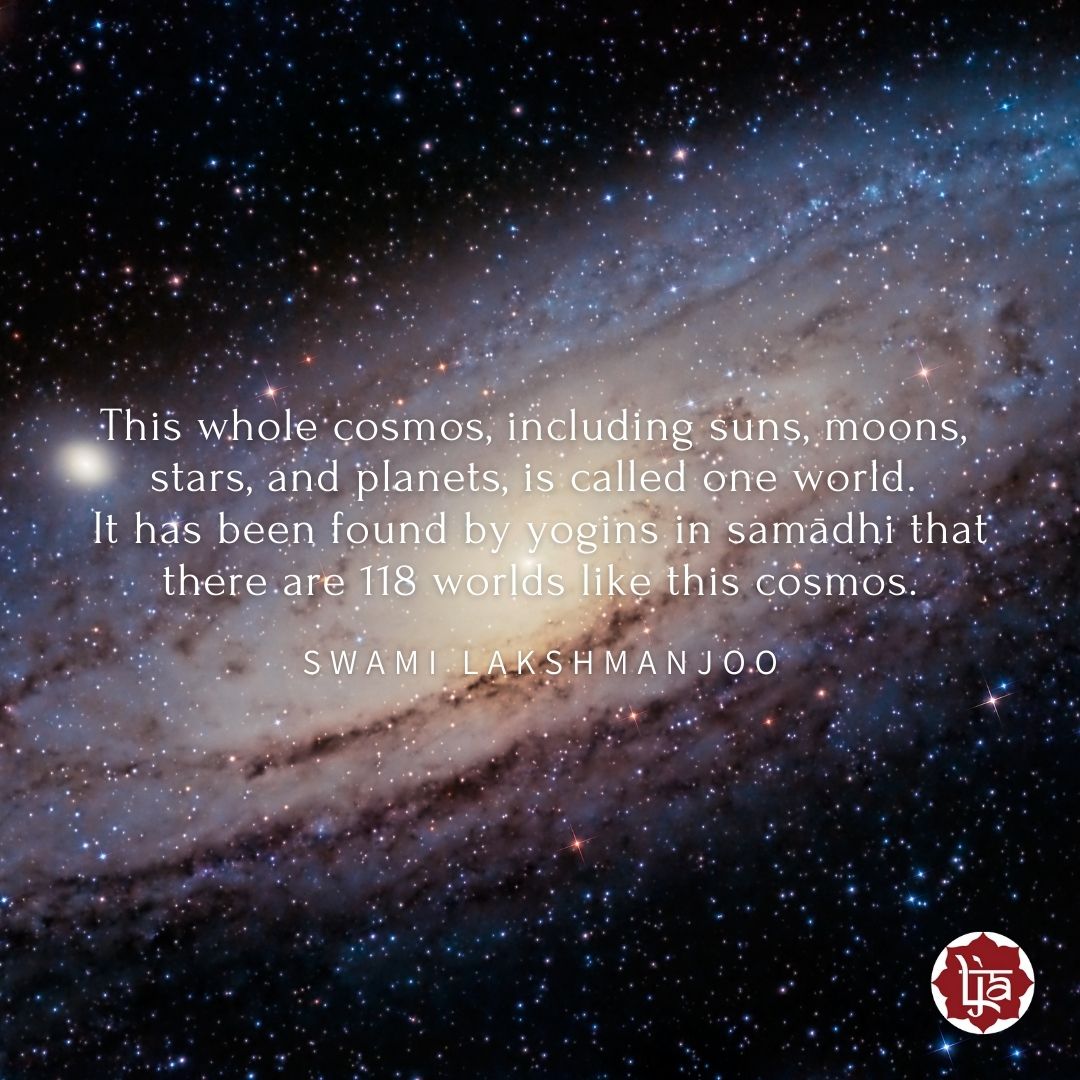 In this unique lecture about “The Sixfold Path of the Universe,” Swami Lakshmanjoo explains the most important points for entering into Kashmir Shaivism.

This excerpt is from the book Kashmir Shaivism, The Secret Supreme, chapter two. This book contains the essential teachings of Abhinavagupta’s ‘magnum opus’ Tantraloka. It was the first text of Swamiji’s Teachings recorded and turned into book form by John Hughes. It is not in transcript form as our recent books! Also, check out our 4-part online course consisting of an in-depth study of “The Tattvas (Elements) as The Building Blocks of Creation in Kashmir Shaivism”.

Objective cycle of this creation:

There is no question of realizing God through treading on this path. You may tread for centuries and centuries and still, you will be treading. So you must discard this path, dispose of it. When you do dispose of the path, that is also called adhvan. Disposing of it, however, can only be done by the grace of the Master, who is the embodiment of Parama Śiva.

The complete system of the thirty-six tattvas, which I have explained earlier (tattvas part one), is called tattvādhva. Tattvādhva means “the course of all elements,” the path of the tattvas. This is that path which is subtle. (For more information see our online course: “Tattvas, the building blocks of creation according to Kashmir Shaivism”) 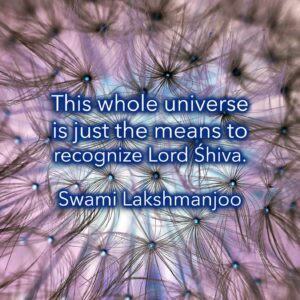 That path (adhvan) which is more refined than tattvādhva is known as kalādhva. That path is the subtlest. Kalādhva consists of five kalās, which are five boundaries or enclosures. These kalās are enclosures for all of the thirty-six elements, the thirty-six tattvas, from earth up to Śiva. The first and outermost enclosure is called nivṛitti kalā. In nivṛitti kalā you will find the first tattva, pṛithvī tattva, the element “earth.”

Subjective cycle of this creation:

Now, we must turn to its observer, the creator of this adhvan. The creator of the threefold path of the universe known as vācyādhva is called vācakādhva. The meaning of the word vācaka is “that which observes, sees, and creates.” And so that path which observes, sees, and creates is called vācakādhva. It is the subjective cycle of this creation. And, like vācyādhva, vācakādhva, is also composed of three paths: gross (sthūla), subtle (sūkṣma), and subtlest (para).

Take any object, such as a pot. That object will fall in the threefold world of vācyādhva. It is an offshoot of the thirty-six elements. On the other hand, the word “pot” is vācakādhva for this object. So, this object is vācya and its vācaka is the word “pot.”

(source: Kashmir Shaivism, The Secret Supreme, by Swami Lakshmanjoo)
Check out our 4-part online course consisting of an in-depth study of
“The Tattvas (Elements) as The Building Blocks of Creation in Kashmir Shaivism”.
All Content is subject to Copyright © John Hughes.