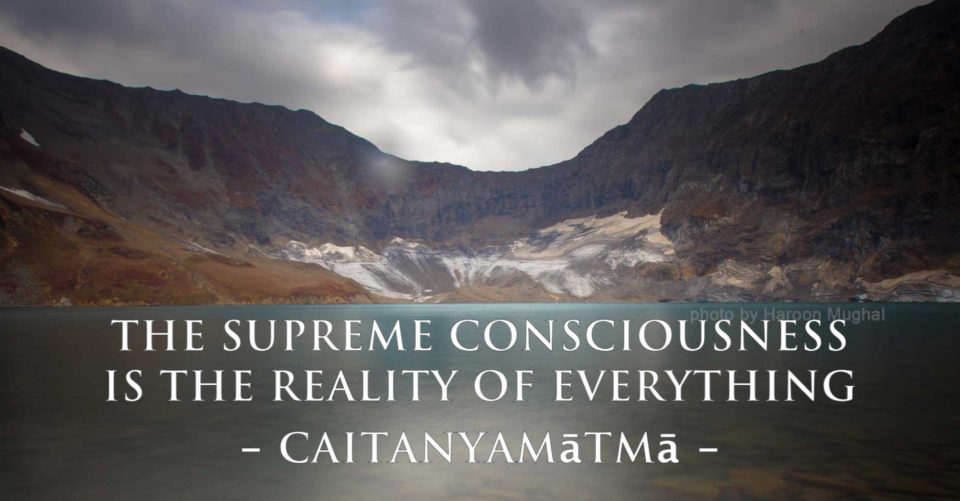 Revealing this first verse of the Śiva Sūtra Vimarśinī, Swami Lakshmanjoo explains how
“the supreme consciousness is the reality of everything“. 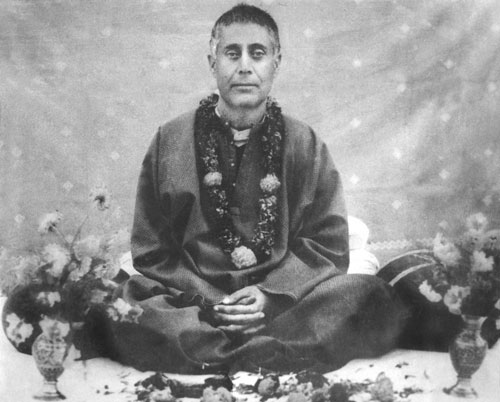 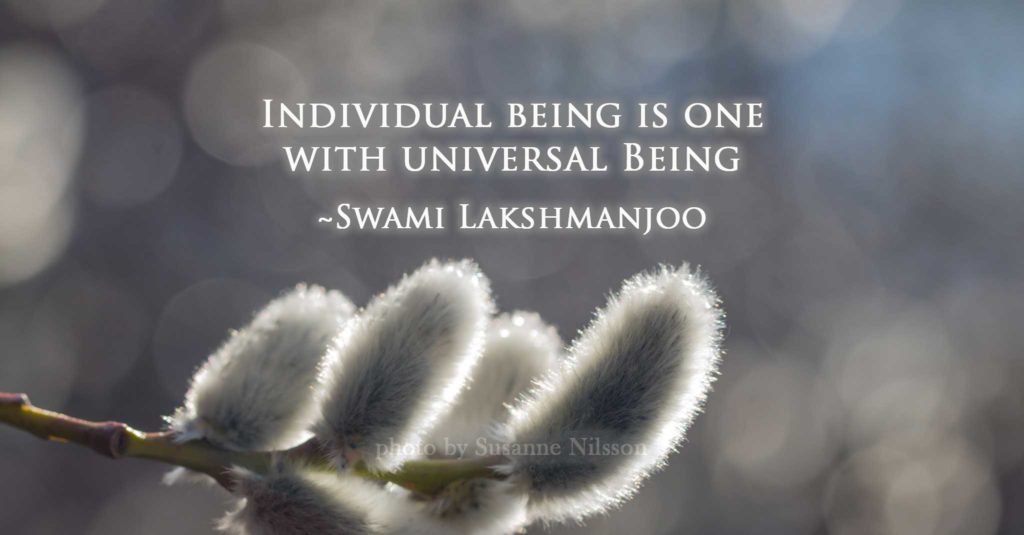 And the sūtra is:

Up to anāśrita, from earth to Anāśritaśiva2 all beings are dependent to that conscious Being of Śiva. Although that complete independent state of Śiva is possessed by many aspects–of being eternal, of being all-pervading, of being all-full, pūrṇatā, or being all-knowing3–but all these other aspects of Lord Śiva are found, and could be found, in other beings also. So the one and the only aspect of Lord Śiva is complete independence, svātantrya.

. . . so [he uses] caitanyam, the word caitanyam, not the word cetanā. If he would explain that there are other aspects also existing in the state of Lord Śiva, other aspects than his aspect of complete independence, svātantrya (there are other aspects: all-pervading-ness, all-fullness, all-ānanda and so on), but as there is only one aspect and that is svātantrya, so that svātantrya is being exposed by the word caitanya. So cetanā is not put in sūtras. Instead of cetanā, he has put in sūtras, caitanya–bhāva pratyaya. This shows caitanya means the independent way of consciousness, independent state of consciousness. And that is the Self. That is the Self of everything whatever exists in this world. Because whatever exists in this world is the state of Lord Śiva. So Lord Śiva is found everywhere. 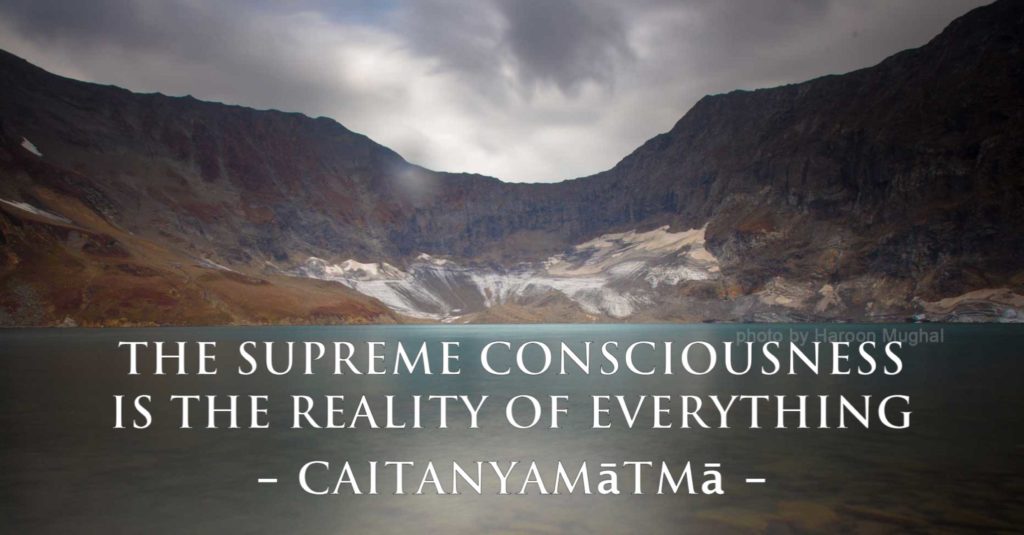 And that, bhinnabhinna svabhāvaḥ, the different aspects of Lord Śiva do not exist at all.

[Kṣemarāja raises points on the various aspects of Lord Śiva.]

If those different aspects also would exist . . .

. . . that differentiated aspects of Lord Śiva, if for the time being we would accept, [then] how could those different aspects exist?

He explains the way to exclude them from being the aspects of Lord Śiva.

Cetyamānātvena tu cidātmabhiḥ, if we accept those aspects also, that he is nitya [eternal], he is akālakalita [timeless], he is viśvakāra [the universal creator]; cetyamāntvena tu cidātmabhiḥ, if they are accepted as independent then they are filled with consciousness. If there is not independence in those, then they are away, then they have been carried away from that God consciousness, so they are not existing at all in the state of Lord Śiva.