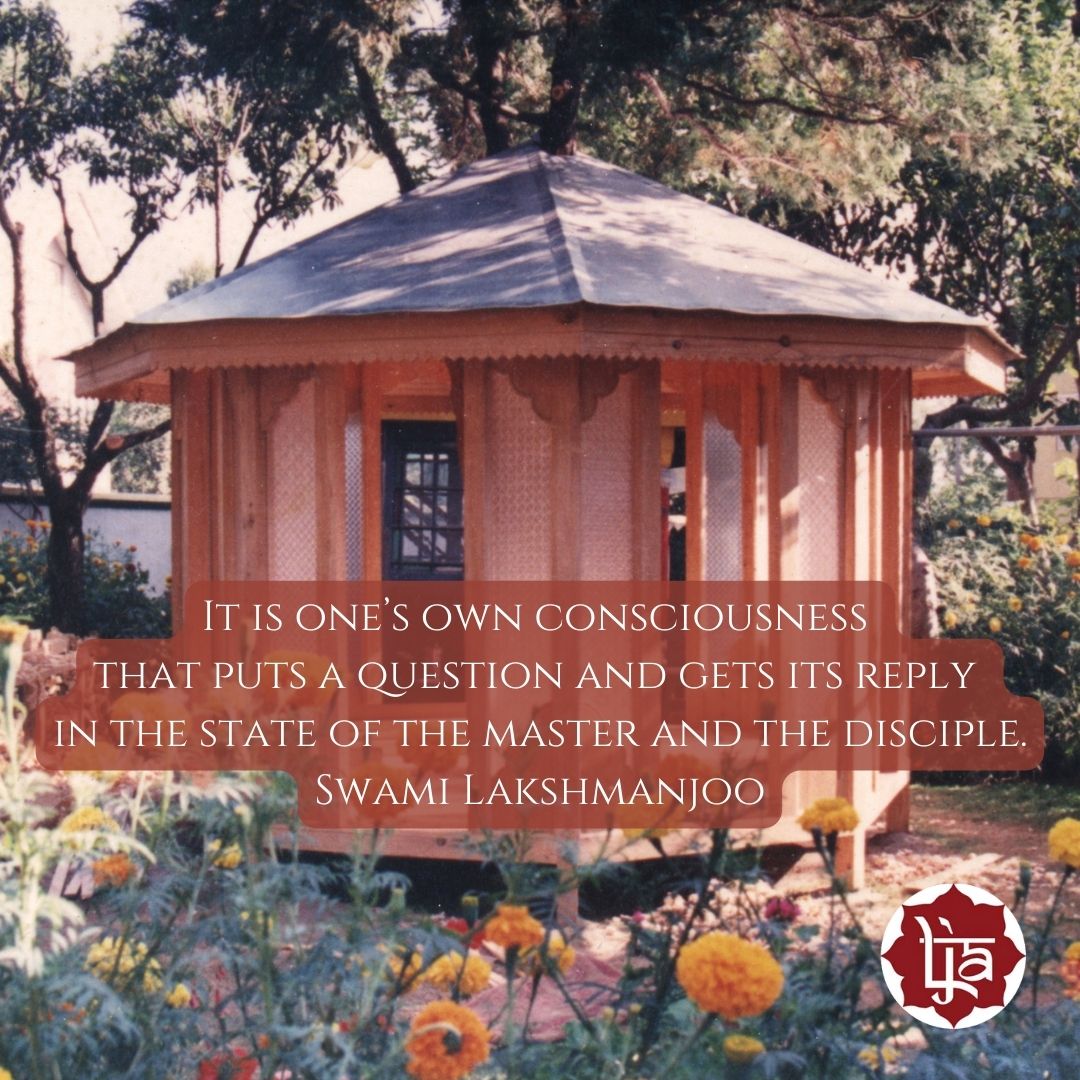 In this excerpt from The Light on Tantra in Kashmir Shaivism, Abhinavagupta’s Tantraloka, Volume One verses 252-257. Swami Lakshmanjoo explains “the real state of the master and the disciple”.

JOHN: What is the exact meaning of “śiṣya”?

SCHOLAR: To be taught.

SWAMIJI: To be taught.

JOHN: To be taught, or he who questions.

As long as he is questioning on the path on which he treads, or she treads, without knowing what is the path, that is [the condition of being a] śiṣya. That consciousness of your self has become a śiṣya (śiṣya has come from the verbal root śāsu).

JOHN: What is this niścaya, coming and going?

SWAMIJI: Sometimes that consciousness concludes that “This is the point.” Just after another second, she understands, “No, this is not the point. There must be something else.”

SCHOLAR: I know too well.

SWAMIJI: “Oh, I understood this is the point!” Just [after another second], “Oh, this is not the point!” This is sṛṣṭi . . .

SWAMIJI: Yes. And that is the path on which that praṣṭrī treads – praṣṭrī.

SWAMIJI: Consciousness is the questioner. 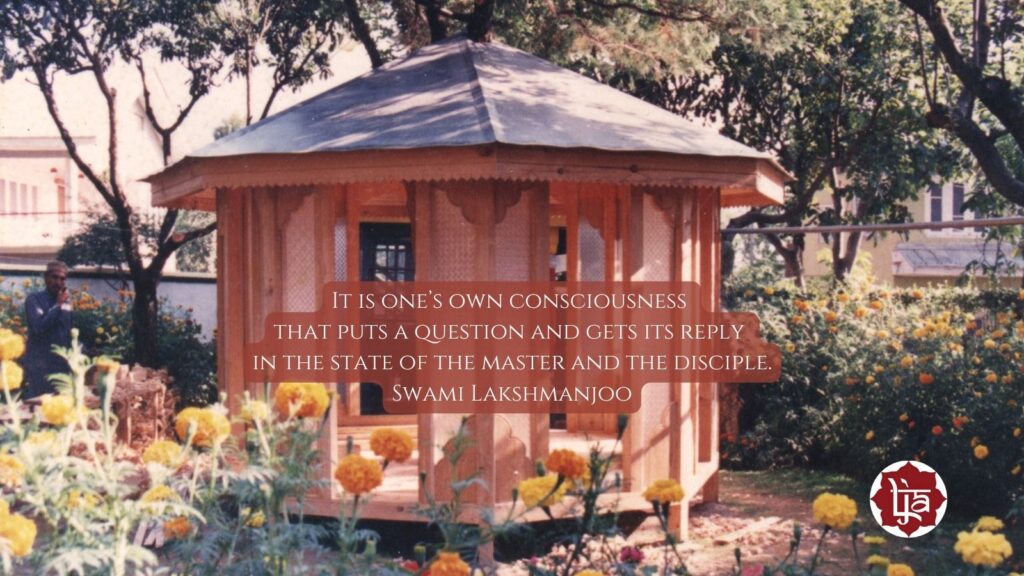 SCHOLAR: The distinction of bodies (dehabheda).

JOHN: So that is why you said earlier [that] it is the master who inserts and the master who . . . because the disciple is in ignorance and can’t do anything.

This is bodha, this is one’s ‘own consciousness’, because of its being conscious he puts forth, externally, various formations of ascertainments, drāk (instantaneously), sāmānya viśeṣataḥ, in the way of sāmānya and in the way of viśeṣaḥ.

SCHOLAR: Because before viśeṣa there is universality in the sense that it might be anything.

SWAMIJI: Yes. The state of being the questioner is sāmānya. Viśeṣa is when the answer grows.

Because, when you are residing in the field of doubt and you put your question before me, before some master, and I explain [the answer of] that question to you; if you are not satisfied, you say, “I am not satisfied, Sir, this is not the real answer I would like to know.” You don’t appreciate that answer.

So it seems that your consciousness is [already] filled with that answer. You know in the background what is the answer. It is why you don’t accept my answer if it is not fitting you. That is what he says here.

Srakṣyamāṇa viśeṣāṁśa akaṁkṣāyogyasya, he is desirous of knowing the answer that is residing in the background of his consciousness, in the consciousness of the disciple.

SCHOLAR: So you don’t ask anything which you don’t really know the answer to.

Source: The Light on Tantra in Kashmir Shaivism, Abhinavagupta’s Tantraloka,
Volume One, revealed by Swami Lakshmanjoo