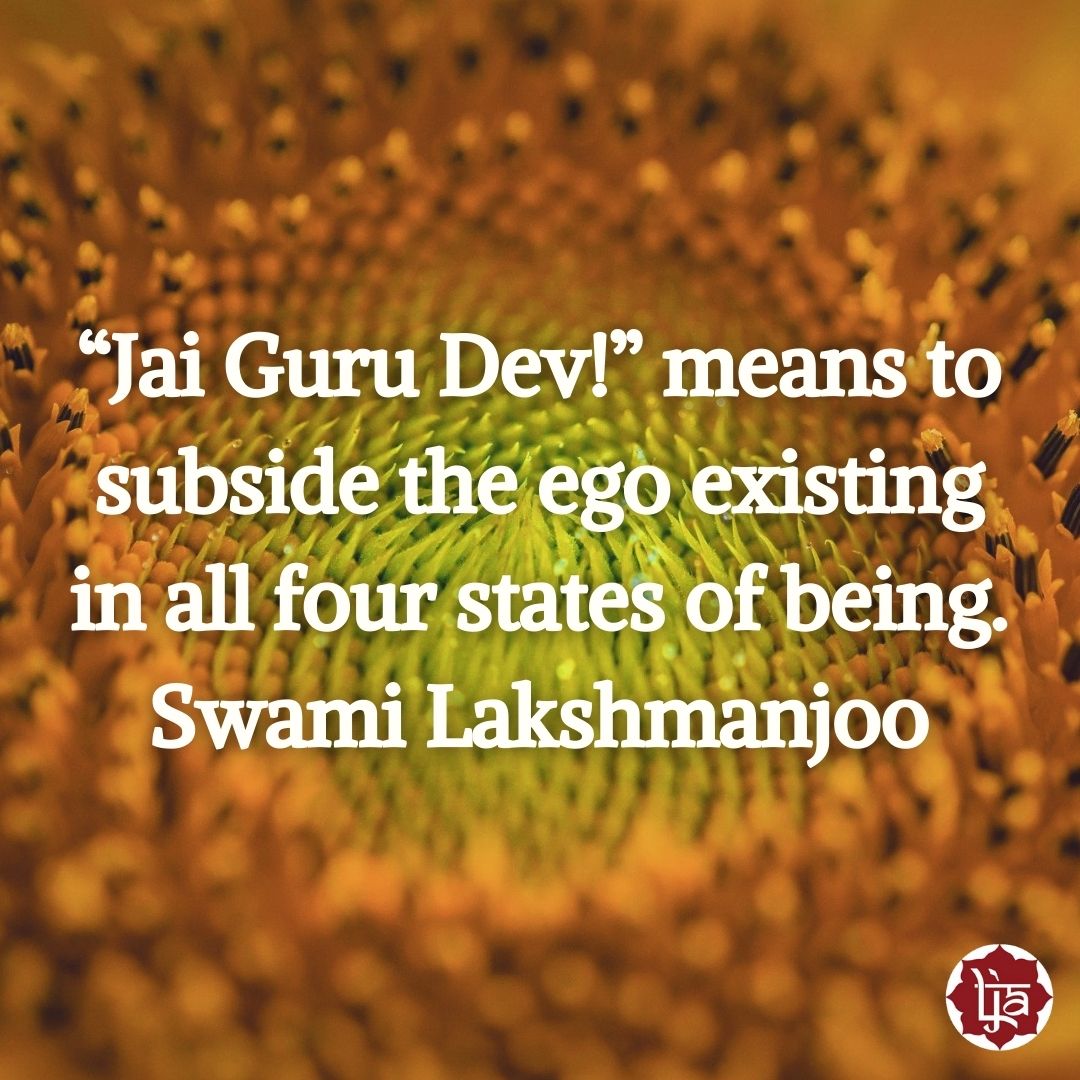 A central theme of the philosophy of Kashmir Shaivism is the highly esoteric principle known as spanda which means vibrationless/vibration or established stable movement. In our Shaivism there are two texts that deal specifically with the spanda principle. The Spanda Karika (precise philosophical statements) on the Spanda theory and the Spanda Sandoha (exposition) of the spanda principle. The complete text is available as The Mystery of Vibrationless-Vibration in Kashmir Shaivism: Vasugupta’s Spanda Kārikā & Kṣemarāja’s Spanda Sandoha by Swami Lakshmanjoo.

In the following excerpt from the Spanda Sandoha, Swami Lakshmanjoo explains the real meaning of – Jai Guru Deva! ‘Salutations to the Master’. 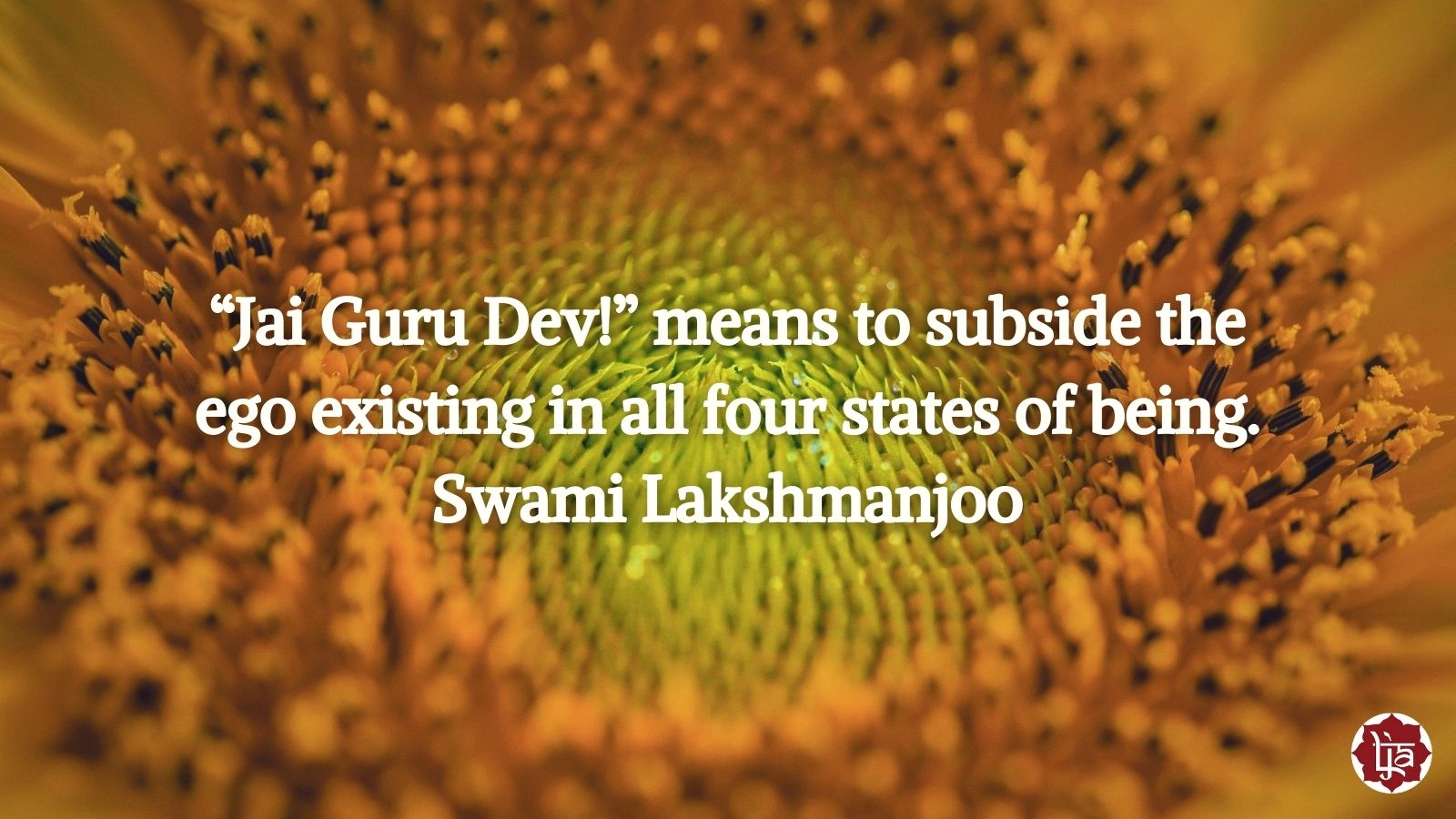 (The Essential Nature of Spanda)

Prostration–what is meant by “prostration”?

What is the self? 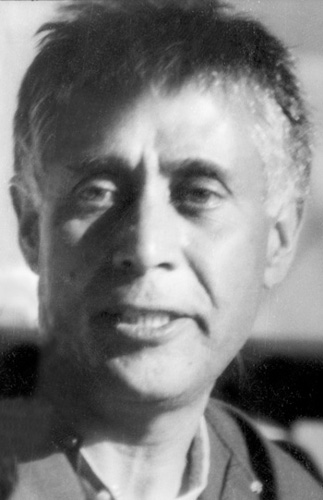 JOHN: What confusions is he talking about here? “Upadrava” means?

When all of that torture ends, gets its permanent end, and param ānandam caitanya prakāśa pratyabhijñā, and you recognize the supreme caitanya140, who is filled with light and bliss, and that is anugraha. This kind of anugraha, this kind of grace, is produced by whom? That is Śaṁkara. Śaṁ is grace. The [bestower] of grace is Śaṁkara.

JOHN: He’s giving different interpretations of “Śaṁkara” depending on the verse.

SWAMIJI: Seventh heaven. He is your own nature. Svātmaparamārthaṁ, It is the nature of your own Self. And that Śaṁkara, I, we, stumaḥ, we prostrate before that Śaṁkara.

JOHN: So he’s differentiating this Śaṁkara from that Rūdra, who is with [Brahma] and Viṣṇu, and that seventh heaven, all of those gods and . . . ?

SWAMIJI: No, not that Śaṁkara.

JOHN: Yes, he is saying, not that one–this.

SWAMIJI: I bow to that Śaṁkara who is residing in each and every being.

What is ego on wakefulness, [etc.]?

Ego on wakefulness is, “I am awake”, [ego on the dreaming state is], “I am dreaming”, [ego on deep sleep is], “I am in sound sleep”, [and ego on turya is], “I am resting in samādhi”. This is only ego. I subside all of these egos! That is samasta-deha-prāṇadi-parimita-pramātṛ, this is the state where parimita pramātṛ bhāva is residing, ruling, governing.

SWAMIJI: And the dreaming state. And vikalpa is absent in the other two states.

SWAMIJI: Deep sleep and turya. That is what he says.

STEPHANIE: Isn’t that also your ego when you say, “I am above the four states”?

STEPHANIE: “Above the four states.” What is that? That’s not your ego?

SWAMIJI: No, when [you are] above the four states. But that [state] is not nominated. If it is nominated, then it is ego. Then it is ego.

STEPHANIE: Because you said, “I am above the four states”.

SWAMIJI: Above, above. Above what? I150 have not spoken that. I say, “I am above”, [but] I don’t know what that is. When you are above and you don’t know what that “above” is, that is not ego. When you know what is “above”, then it will be connected with the ego. The ego is [existing] when it is nominated. It is above the nomination–above.

SWAMIJI: It is, it is above.

ERNIE: And you experience that.

JOHN: So, what’s the difference here then? The difference is that the affirmation of ‘I’ doesn’t have to come into that . . . ?

SWAMIJI: ‘I’ does not come.

SWAMIJI: No (affirmative), in above.

JOHN: Because there is nothing to identify.

ERNIE: Yes, but do you know?

SWAMIJI: How can we know? We can’t know the knower. The knower cannot be known, only the known can be known. What is known, that is known. The object is known, the subject is not known.

STEPHANIE: So, above those four states, nothing is known?

SWAMIJI: Nothing is known, yes.

JOHN: But it’s not nothing.

SWAMIJI: Yes, it is just like next to spanda.

JOHN: So, the knower and the known become one at this state . . .

SWAMIJI: Nothing to realize, yes.

ERNIE: Does a person who has that, does he know that he has that?

SWAMIJI: He experiences that in I-consciousness, not with “this-ness”.

JOHN: In other words, he becomes that thing.

SWAMIJI: He does not become his object. He knows in such a way.

JOHN: That makes it an object, doesn’t it?

JOHN: So, he knows this state more than he knows anything in his life. When he has this state, this will be a more firm knowledge than any other knowledge he ever had.

ERNIE: No, but would it be possible for someone to have this state of . . .

SWAMIJI: He knows that unknown state.

ERNIE: But could you have this state and not know that you were elevated?

ERNIE: . . . is it possible that you don’t know that you are in that place?

SWAMIJI: Who are “you”? Are you not one with That? You are not separate from That.

SWAMIJI: Bas, this separated soul will never enter in That state.

SWAMIJI: Whenever you enter, you enter only when you melt away.

ERNIE: Yes, but then is it possible that you don’t know that you have melted away?

SWAMIJI: When you come out from that, you know it as, “It was something above”.

JOHN: It’s not a nothing.

BRUCE H: Is it a state you hold in the external world, I mean in wakefulness?

SWAMIJI: No, not external. It is an internal [state].

139 Lit., that which attacks or occurs suddenly, any grievous accident, misfortune, calamity, mischief.

144 Lit., the fourth state. See Appendix 5 for an explanation of turya.

146 That is the real meaning of prostration (stumaḥ).

148 The state or condition (daśā) of thought (vikalpa)–jāgrat (wakefulness) and svapna (dreaming).

150 One who is actually above these four states.