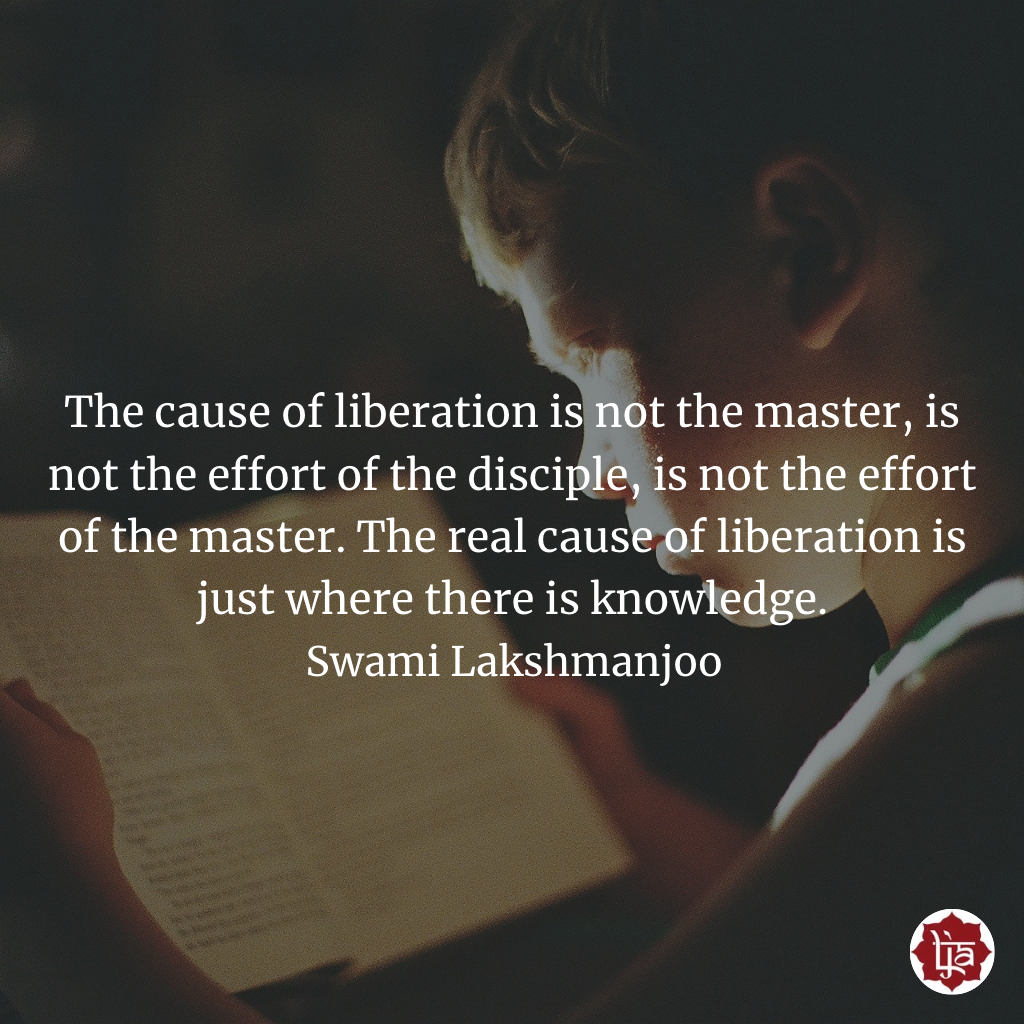 About the Tantraloka Abhinavagupta says the following:

“This Tantrāloka is the manifestation of the three and a half streams of divine nectar which encompass the essence of all spiritual wisdom. With its broad sweep, it embodies in its exposition the quintessence of the Trika school of thought.  (Tantrāloka 36.15)

In this excerpt from the Light on the Tantra of Kashmir Shaivism, Abhinavagupta’s Tantraloka, Volume One Swami Lakshmanjoo explains the real cause of liberation. 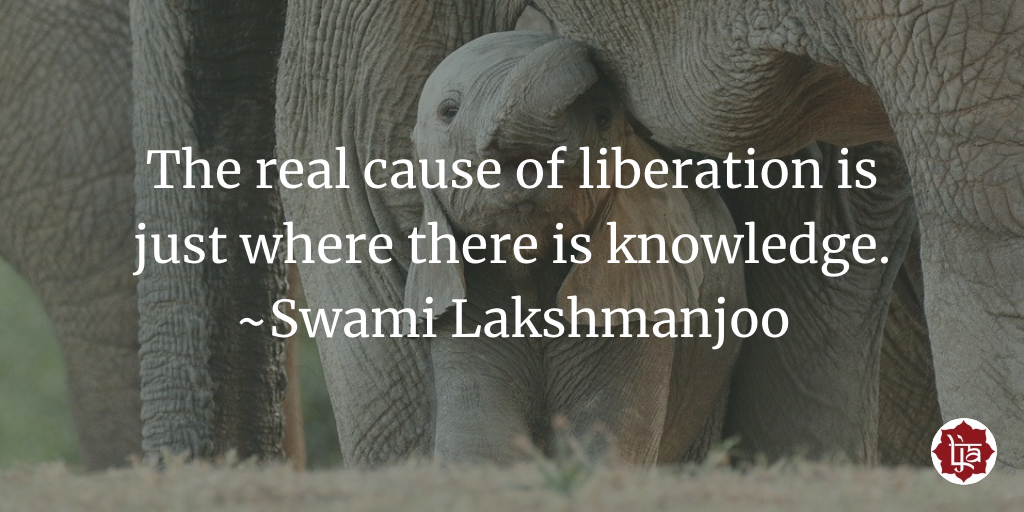 JOHN: Then knowledge residing in succession . . .

SWAMIJI: When there is no touch of knowledge in action.

JOHN: When it is just action.

SWAMIJI: When it is just action–pūjā, worship, [when there is] no awareness.

DEVOTEES: In the disciple’s.

SWAMIJI: The disciple’s awareness, so he is liberated. He has perceived that [knowledge]. “There” and “here,” it is only kalpanā.622

SCHOLAR: Is that right?

SWAMIJI: Tulye kālpanikatve, the kalpanā is the same in the master and in the disciple. [The notion] that “he is the master” or “he is the disciple,” it is incorrect, an incorrect theory. It is only one Lord who transforms in disciples in His own form. He is only one!

JOHN: In all disciples.

JOHN: So, what this is also saying is that there is, in Shaivism, a much closer relationship between the disciple and the master.

SWAMIJI: It is only one, yes.

It is why this experienced and fully knowledgeable master makes all his disciples filled with his knowledge, yuktyāgamā-bhyām, by yuktis, by śāstrās,630 by experiences, and āgamā-bhyāṁ (by śāstras). Tāvānekoyatomuniḥ, in fact, the master is one, traveling in each and every chain of his disciples. 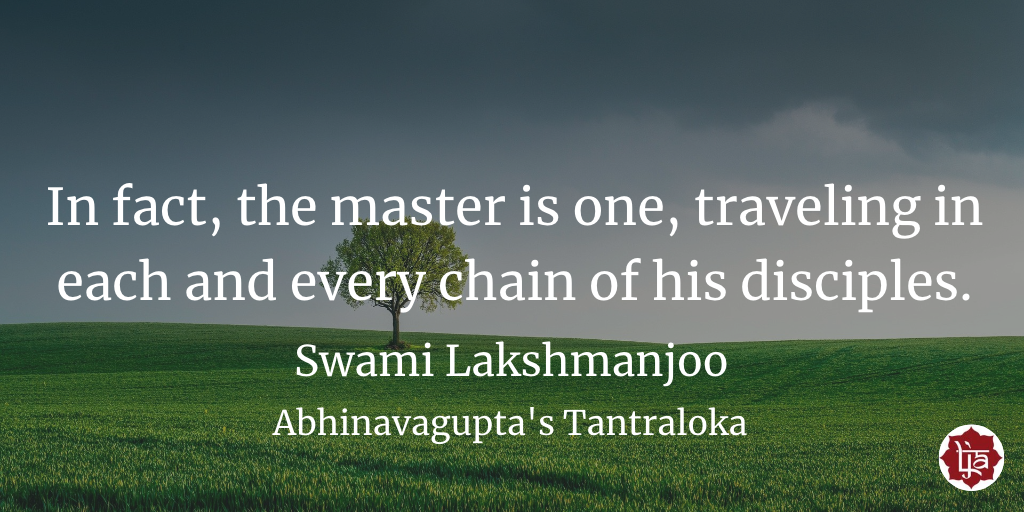 SWAMIJI: Yukti means, the tricks of the master, how to get liberation.

618 The means pertaining to knowledge (vijñāna).

619 Up to the supreme limit of yoga (yogāntatām), which has been explained in verse 149.

620 Swamiji is referring to himself.

624 Swamiji is confirming the scholar’s suggestion that the recognition of supreme knowledge can be likened to the sensation of sparśa (touch), which resides exactly within consciousness.

626 An accomplished or perfected being.

628 Swamiji corrected “tāvat,” which appears in the text in which he is working, to read “tāvān.”

629 That is, the master’s knowledge is not complete.

631 The scholar is referring to the grammatical case of the word “yuktyāgamābhyām.”

633 Lit., having argument or reasoning, skilled in speculation.

Source: Light on the Tantra of Kashmir Shaivism, Abhinavagupta’s Tantraloka, Volume One
revealed by Swami Lakshmanjoo.