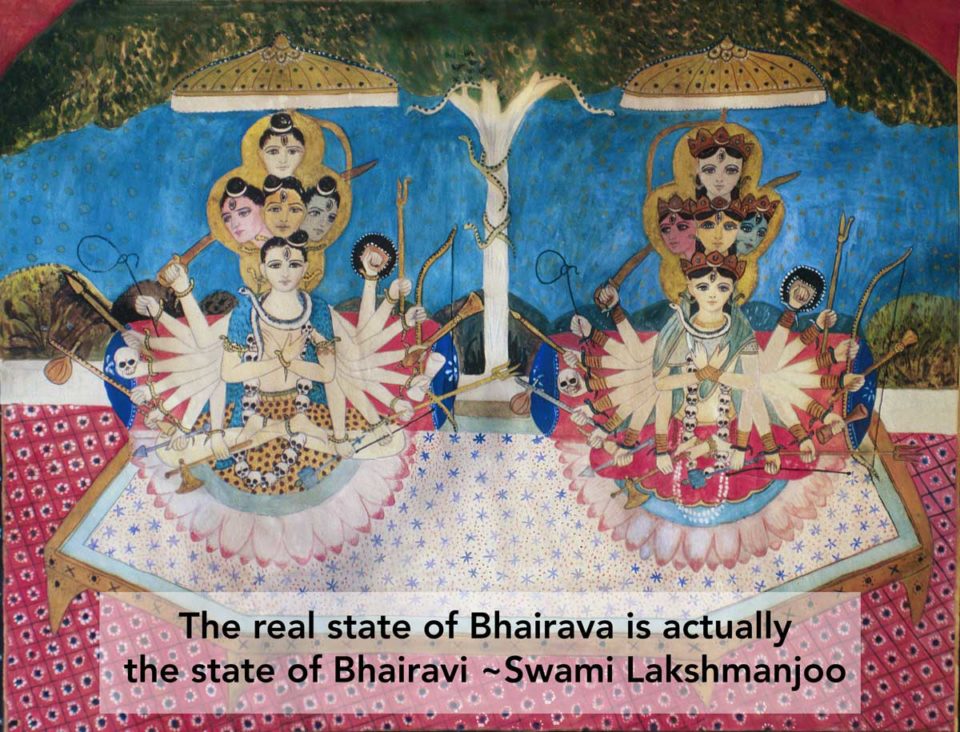 Kashmir Shaivism is so rich and detailed in its theology and soteriology that it has been aptly described as “the mystical geography of awareness.” It includes a highly developed system of spirituality that emphasizes not only the intellectual understanding of its philosophy but also the direct realization, the direct experience, of its truth.

For the Kashmir Shaiva, the very nature of truth, its defining characteristic, is that it is both limited and unlimited, atomic and universal. The human intellect, however limited, is capable of seizing the reality which transcends and envelops it. Such is the proclamation of God (Bhairava) to His beloved consort (Bhairavī) in this forthcoming text, the Vijñāna Bhairava.

Kashmir Shaivism offers many different practical approaches to the realization of the ultimate reality. These approaches vary depending upon the ability of the seeker. In the Vijñāna Bhairava, Bhairava sets out one hundred and twelve techniques of spiritual practice to be used by an aspirant eager to realize the divine universal reality. These secret practices are revealed by Bhairava as He answers the questions posed to Him by Bhairavī, the Divine Mother. 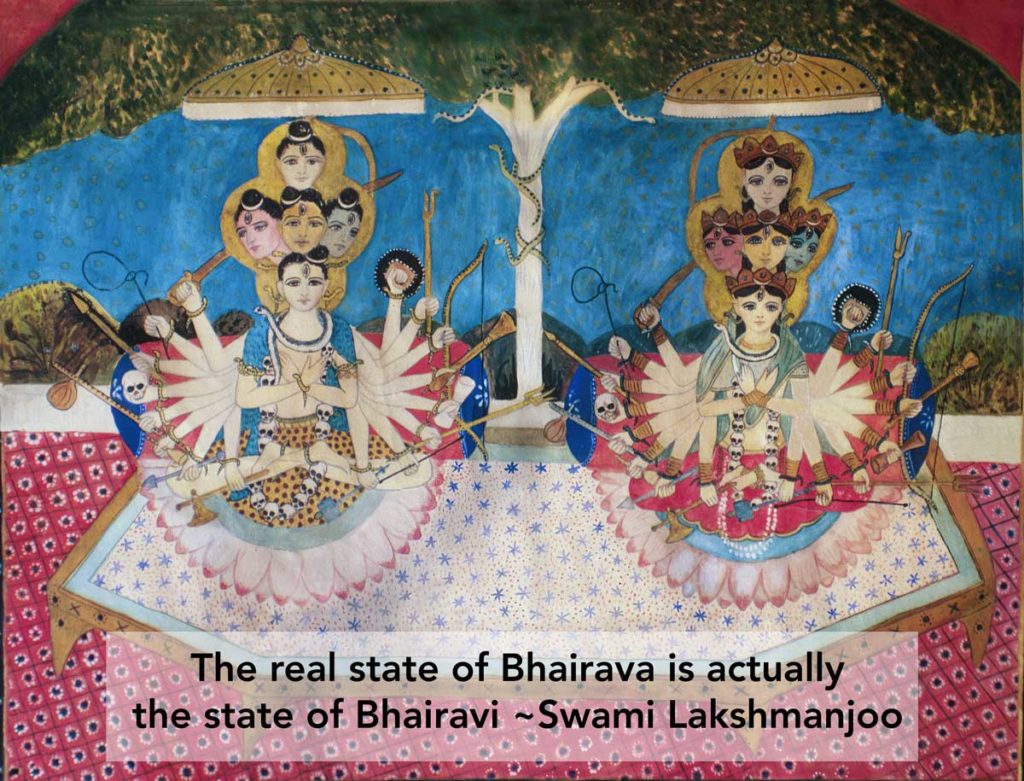 The narrative begins with Bhairavī, feigning ignorance, telling Bhairava that, even though She has heard all the various theories and explanations of the nature of reality, She still has doubts and is not completely satisfied. She implores Bhairava, “What is the real essence of the way we have to tread? Please, O Lord, remove My doubts entirely.”

Bhairava answers by telling Bhairavī that She has asked the question that is worth asking. He says it is a question–a secret question–that is the real essence of all Tantras. He then continues by explaining that all the processes illuminated in the Tantras are not meant for great or highly elevated souls, but for those who are not completely developed. He emphasizes that all these processes are just to begin with: “You begin with them and then leave them aside.” This is because, in reality, the supreme state is not achieved by the support of the means (upāya). These practices are only capable of assisting the aspirant to meet God half-way, and the rest happens automatically by the independent grace of Bhairava. But it is important to understand that even the mere thought or desire to practice is a sign of God’s grace.

So, in answering Bhairavī’s question–“What is the real essence of the way we have to tread?”–Bhairava will teach Her one hundred and twelve ways to enter in the universal and transcendental state of consciousness. And, as Swamiji explains, because Bhairavī is Herself the way, all of these ways, these means, reside only in the field of Bhairavī (śakti), not in the field of Bhairava.

But what is the relationship of Bhairavī to Bhairava? Is Bhairava superior to His śakti, Bhairavī? To answer this, Bhairava tells us in verse eighteen that, “Just as there is no differentiation found between energy and the holder of energy, so also there is absolute unity between Bhairava and Bhairavī.” And so, because of the unity of Bhairava and Bhairavī, you can experience the identity between the energy and the holder of energy by entering in the state of energy, Bhairavī. Ignorance, for Kashmir Shaivism, is not the absence of knowledge; rather it is said to be non-fullness of knowledge. The Kashmir Shaiva tells us that knowledge is always present in our life but it is limited differentiated knowledge. He argues that every limited being must have some knowledge because no one could exist without knowledge. On the other hand, real knowledge, which is unlimited, is Self-knowledge. It is undifferentiated (nirvikalpa) and identical with consciousness. Being identical with consciousness, it is the essence of reality.

Source: Author, John Hughes, from the Introduction to the
Manual for Self Realization: 112 Meditations of the Vijnana Bhairava Tantra,
revealed by Swami Lakshmanjoo