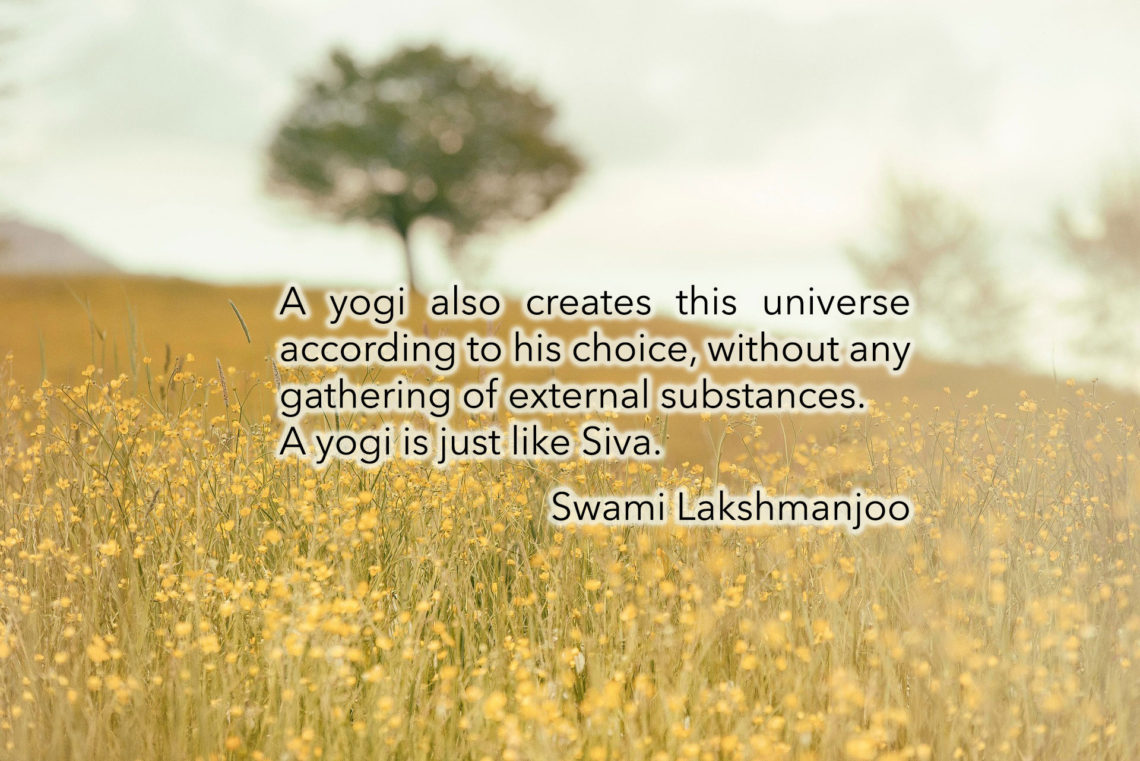 Swami Lakshmanjoo explains why the acting of a yogi is just like the acting of Shiva in this excerpt from the Mystery of Vibrationless-Vibration in Kashmir Shaivism – Spanda Kārikā & Spanda Sandoha. 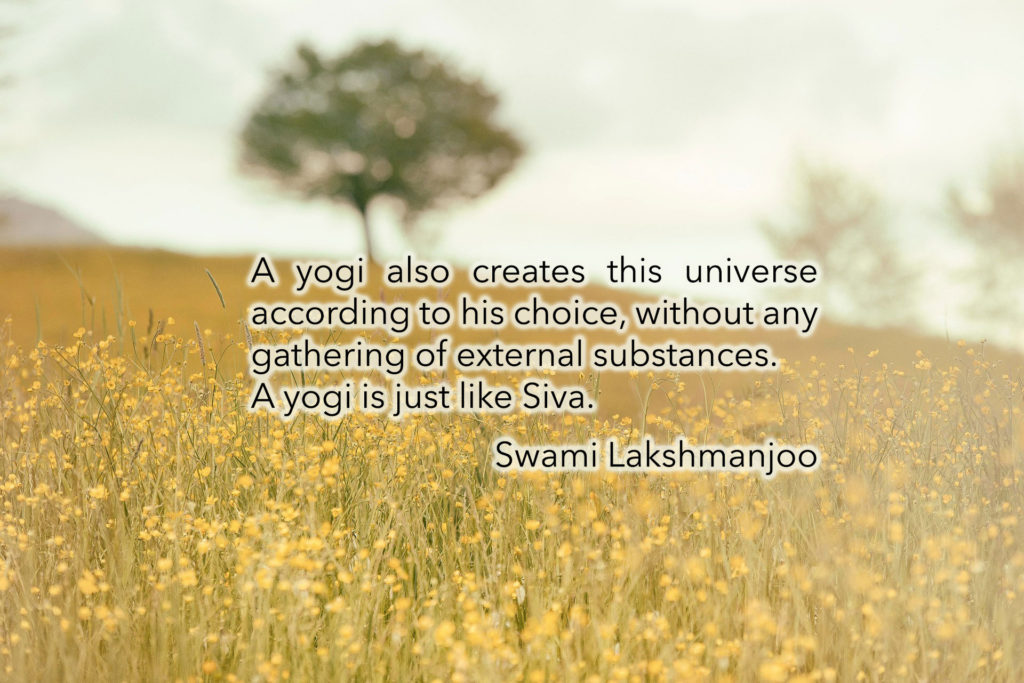 SWAMIJI: Just like a yogi. A yogi also creates this universe [according to] his choice, with his choice, without any gathering [of external substances]. A yogi is just like Śiva.

ERNIE: So then it is possible that [the yogi’s] house would not be dependent on the rocks coming in the truck or the cement. He would just . . . and it would be there.

In this Spanda śāstra also it will be said:

DENISE: Swamiji, is it like, you know, we can imagine what the house is going to be like when it is finished, that’s . . .

SWAMIJI: It is in your idea, yes.

DENISE: But outwardly I can’t do it (laughter).

SWAMIJI: Yes. Bas, we will do only this much.