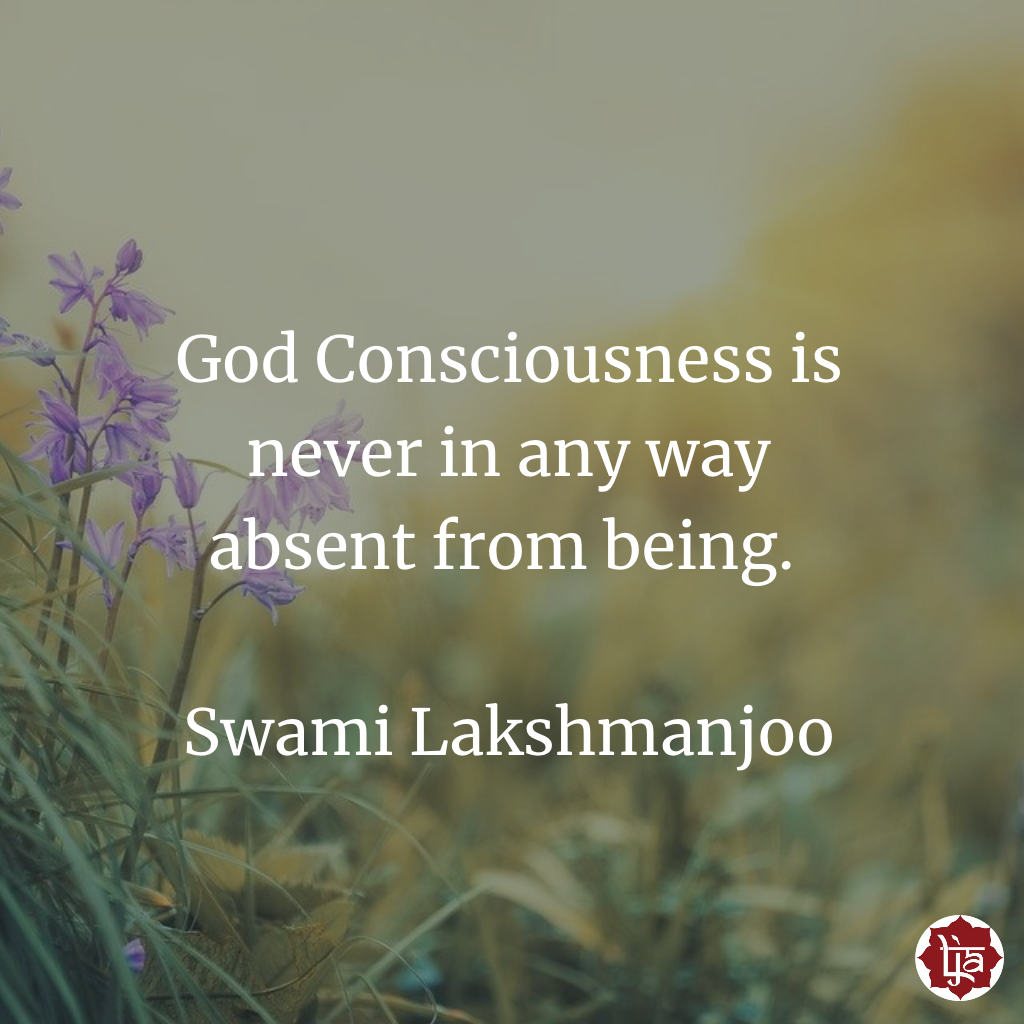 Swami Lakshmanjoo reveals why “God consciousness is never absent from being”, in all the states of waking, dreaming, deep sleep and the void state. This excerpt is from the Shiva Sutras, The Supreme Awakening, third awakening, verse number 31. Read about the origin of this important Kashmir Shaivite text by Vasugupta here.

“God consciousness is never in any way absent from being.” ~Swami Lakshmanjoo 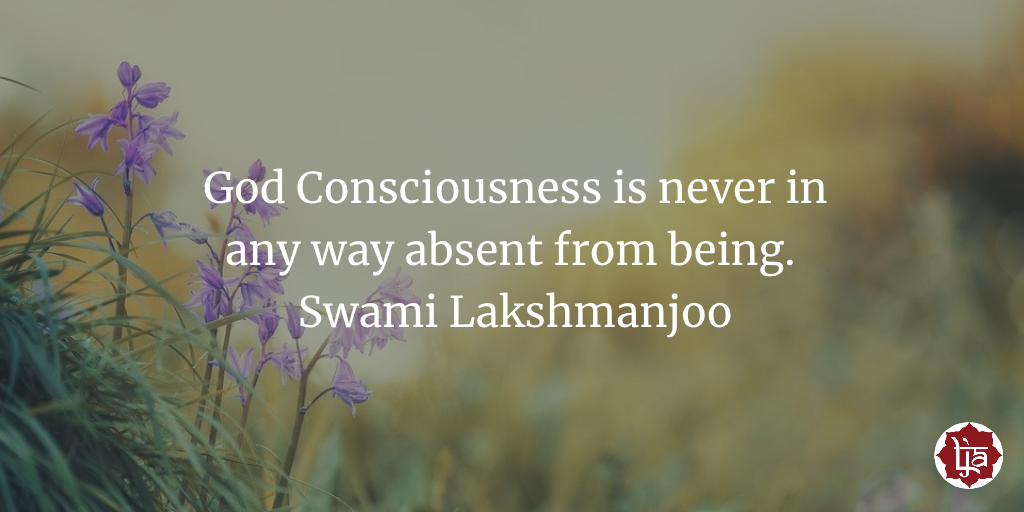 This universe is the expansion of his energy in objective impressions and in the dissolution of those impressions.

God-consciousness is never in any way absent from being.

Initially, this universe is revealed to you by the energy of action. And after this universe shines before you, this knowledge of the universe remains for some time as an impression in your objective consciousness. That is what is meant by the word sthiti.

For such an elevated soul, these two states are only the expansion of His energies and nothing else. For him, this objective world may be created in his sensual world, or it may be stored in his impressions, or it may be taken away from his impressions; but this threefold world is nothing more than the expansion of his God consciousness everywhere.

Otherwise, if this threefold world was not existing in his God consciousness, then the impressions would not arise from that nothingness and from those impressions, this objective world would not arise.
For example, when you go to sleep and enter the dreaming state and after dreaming, you enter the dreamless state and after some time, you wake up, throughout all of these states God consciousness is existing. If God consciousness were not existing throughout, then how would you be able to travel from one state to the next, from the dreaming state to the state of deep sleep, and from the state of deep sleep to the waking state?

As an example, consider that I am staying with you and before going to bed, I give you some money to keep for me. I then go to bed and enter the dreaming state and after that, I enter the state of dreamless sleep and after that, I wake up and again enter the waking state. And after waking, I ask you for the money I gave you to keep for me. If God consciousness did not persist in every moment, did not travel throughout all three states, then the continuity of memory would not be possible and I would not remember to ask you for the money or even that I had given you this money to hold for me. It is God consciousness existing in all states that maintain the continuity of awareness and memory.