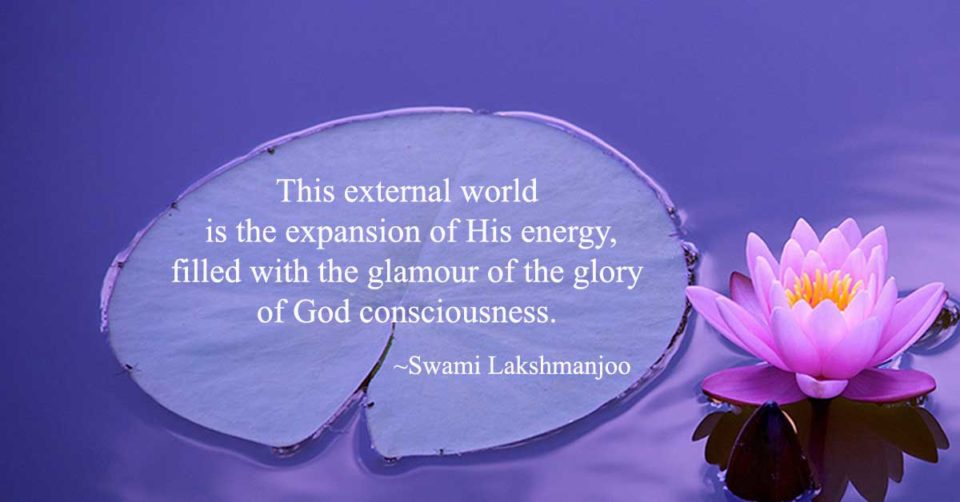 Today’s lecture is an excerpt from the Bodhapañcadaśikā [15 verses of wisdom] as revealed by Swami Lakshmanjoo. Here he explains the most important points of Kashmir Shaivism, beginning with the explanation of what “that One Being” is like. 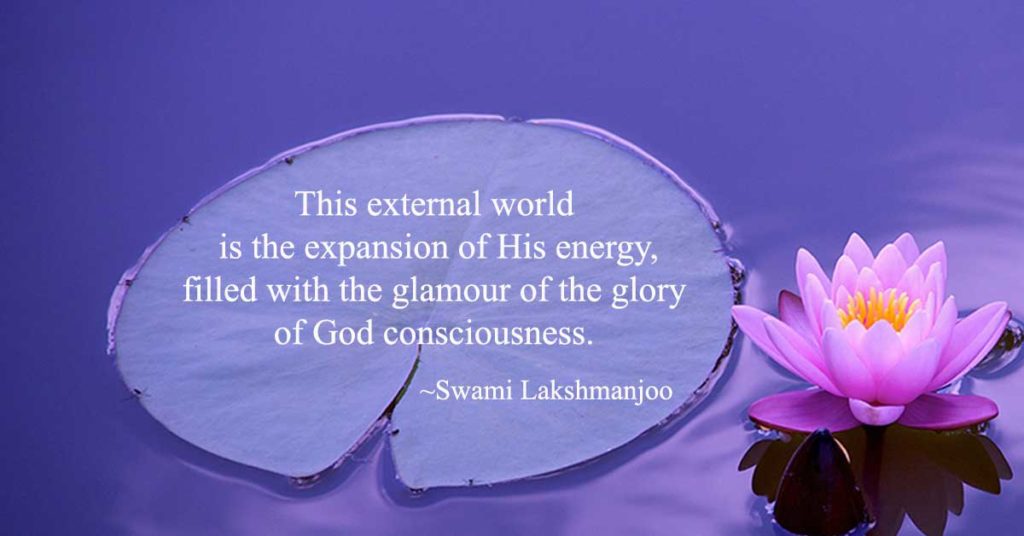 These are fifteen ślokas, which were composed by Abhinavagupta, giving a brief exposition of the doctrine of Kashmir Śaivism.

JOHN: It is overpowered by the light of the sun.

And yad antaśca tejāṁsi ca tamāṁsi ca, and you will find all of these external lights and external darknesses are residing in that Supreme light of God consciousness.1

That Being is sarva bhūtānām svabhāvaḥ, that Being is nominated as Lord Śiva.2 And sarva bhūtānāṁ svabhāvaḥ, this is the Lord Śiva who is the nature of all beings, who is the existence of all beings. And this external collection of objective world, external objective world is tasyaiva Śaktir, is his energy, it is not beside [other than] his energy.

This external world is the expansion of his energy only, which is filled with the glamour of the glory of God consciousness.

So, it is decided that Lord Śiva is the energy holder and this universal state of the objective field is his energy, his Śakti.

Do you understand it? It is very easy!

He is the God Bhairava3, he is only God Bhairava, and jagat bharaṇa lakṣaṇaḥ, and he creates, he protects and he destroys and conceals and reveals his nature in the cycle of the world. So he protects, so he gives strength to this universe. So the universe and the universe holder, the creator of the universe, are one.

BRUCE P: But there is no city separate from the mirror. There is only the city on the mirror?

SWAMIJI: City on the mirror, there is no separate city. In place of a separate city there is svātantrya5, i.e. by ‘his freedom’ he has created this whole universe in his own nature.

SWAMIJI: Yes. And that which gives reflection is not the universe, it is the svātantrya of Lord Śiva. By svātantrya he has created this universe in his own nature.

Do you understand sir?

2  Here, Lord Śiva means Paramaśiva (supreme Śiva), who is one with the supreme Light of God consciousness.

3  Bhairava in Sanskrit means ‘bha’ who protects, ‘ra’ who destroys, and ‘va’ who creates. In this context Lord Śiva is also called Bhairava because he creates, protects, destroys, conceals and reveals the universe in his own nature. The monistic texts of Kashmir Shaivism are known as the Bhairava Tantras.

4  The theory of reflection (pratibimba vāda) is covered fully in Kashmir Shaivism – The Secret Supreme, Chapter 4.