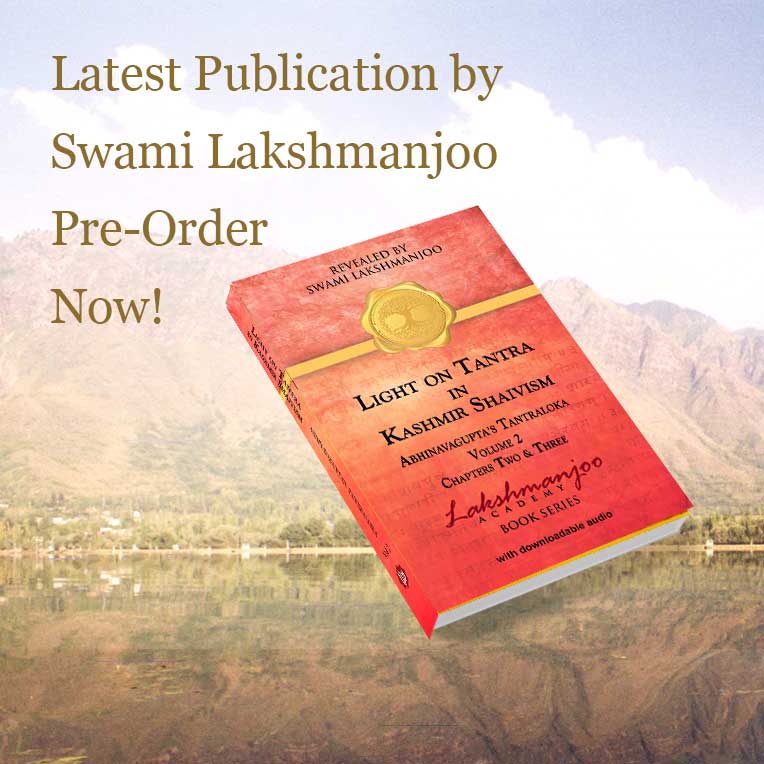 We are looking forward to presenting you with the second volume of Abhinavagupta’s Tantraloka, chapters two and three.
You can pre-order the book now and we will have it sent to you by January 15, 2021. 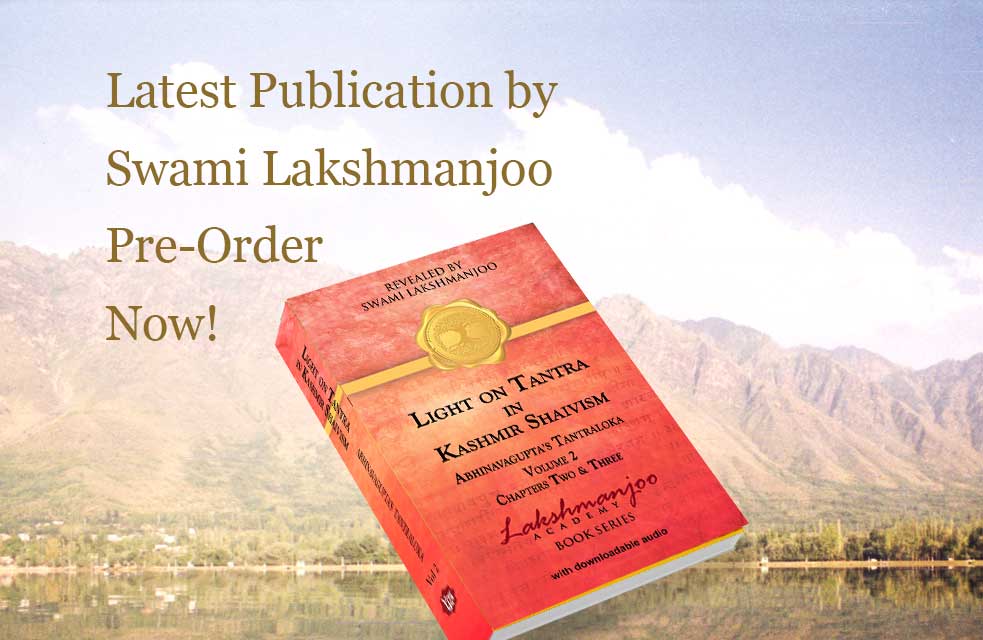 Tantrāloka is the voluminous masterwork of the 10th-century philosopher-saint Abhinavagupta. It is a veritable encyclopedia of non-dual Shaivism, a spiritual treasure trove containing a glorious synthesis of all the schools that make up Kashmir Shaivism.
This second volume includes chapters two and three, dealing with Anupāya, the means (upāya) where there is nothing to be done for attaining oneness with Universal Being, and Śāmbhavopāya, the means requiring supreme awareness.
Coming from the direct line of Abhinavagupta, in his translation and commentary Swami Lakshmanjoo reveals the true meaning of this otherwise difficult text. In the accompanying free audio, the sincere student can hear the words of a master who lived and breathed Kashmir Shaivism in its fullness.

Why was the Tantraloka written?

In answer to this question, Abhinavagupta tells us that, although in the schools of Kashmir Shaivism there are many wonderful and important ways and methods for attaining the supreme reality, yet in his time not even one was still existing. All of those ways and methods were lost. It is for this reason that he was requested by his colleagues and disciples to create a text that would illuminate and clarify all of these ways and methods of Kashmir Shaivism.
To accomplish this, Abhinavagupta composed the Tantraloka, a text, which he tells us is filled with the complete explanation of the ways and methods associated with Kashmir Shaivism. That is to say that the philosophical understanding on the level of the intellect might have been existing, but the actual practical means or methods to be used to attain the supreme reality – oneness with Universal Being – to which they all pointed was lost.
Abhinavagupta was intent, therefore, to revive the true understanding of these very important teachings, to make the practices that they embodied live again. For what is the use of a map if you have no way to reach the destination? Thus, Abhinavagupta gave us the Tantraloka to remedy this situation.

The Tantraloka is composed of thirty-seven chapters (ahnikas). Each chapter has its own distinct topic.