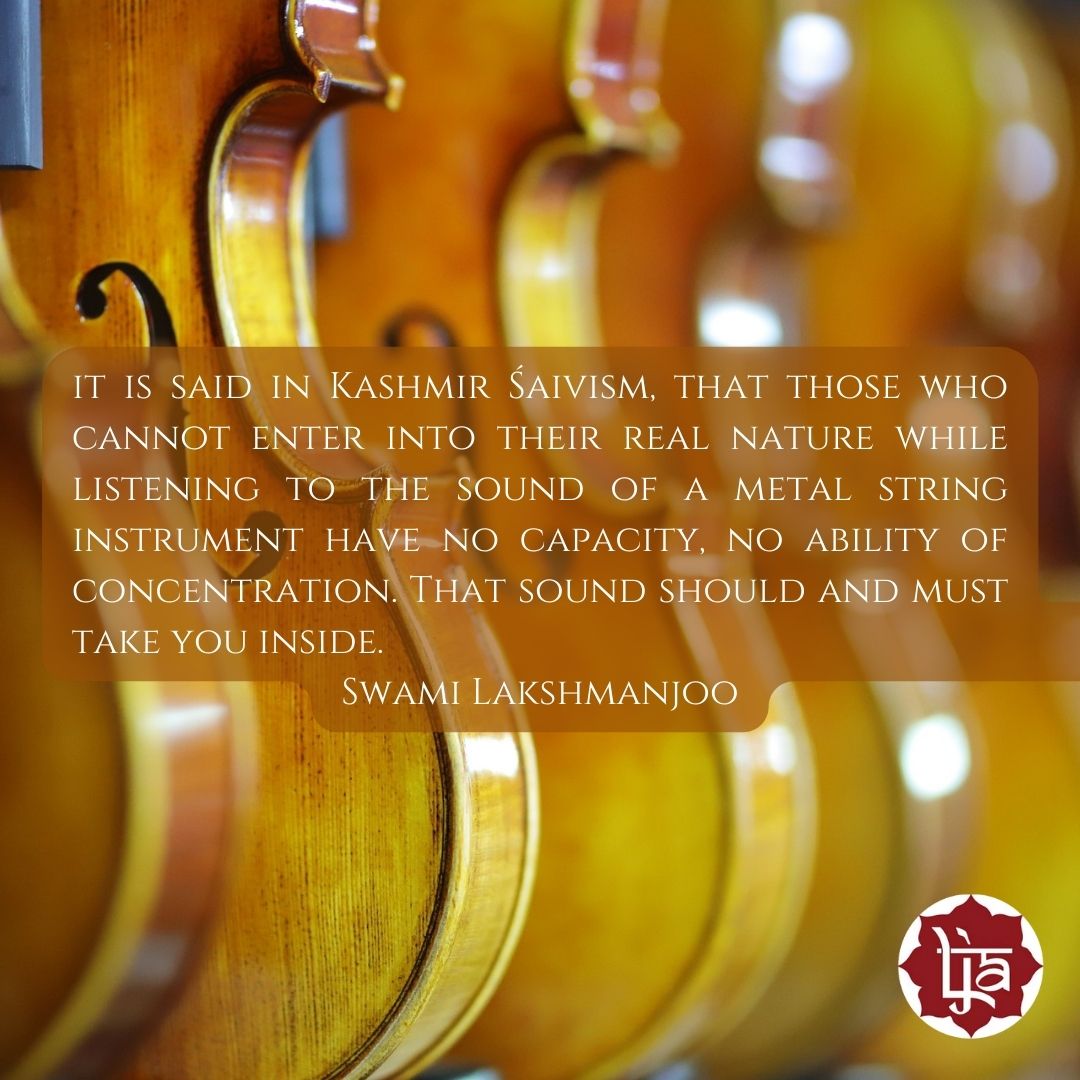 This is a continuation of the first part of the excerpt from the book Kashmir Shaivism, The Secret Supreme, by Swami Lakshmanjoo. Chapter Six, The Theory of Speech: Vāk. Swamiji answers the question of “what really happens when you speak.” 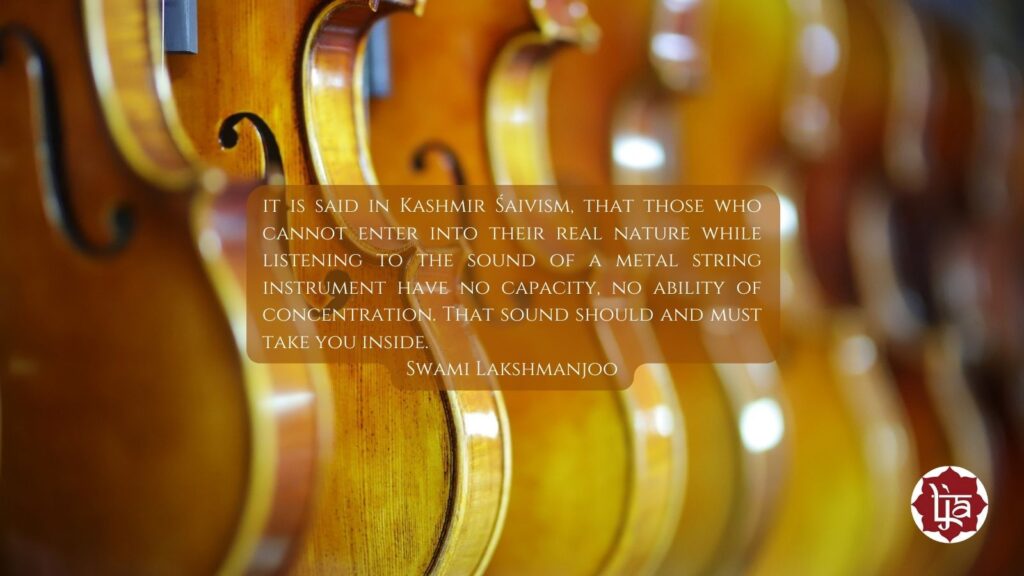 These three states of speech are, respectively, called subtlest, subtle, and gross.

Each state of speech is itself also

When you play on any metal-string instrument, such as a sitāra, the sound which is produced by that instrument resides in gross paśyantī. And when one concentrates on that sound which exists in gross paśyantī, one should enter in samādhi, enter in that supreme transcendental Being. In fact, it is said in our Kashmir Śaivism, that those who cannot enter into their real nature while listening to the sound of a metal string instrument are worthless. They have no capacity, no ability of concentration. That sound should and must take you inside because that sound is paśyantī, even though it is gross paśyantī

The third speech, gross vaikharī, is said to be all the sounds which are produced by the mouth, through the contact of the lips and tongue. In this state of speech, no concentration is possible. No one can enter into samādhi by concentrating on this gross vaikharī except for that aspirant who is residing in the śāmbhava state. He enters into samādhi through ordinary talk. This, therefore, also leads him to that supreme consciousness.

Aspirants traveling in those states of vāk:

The aspirant of the śākta state, which is that aspirant who has gained transcendental consciousness through adopting the means of śāktopāya, for him there are only two movements of speech in which he can travel, subtle and subtlest. If he tries to travel in the movement of gross speech, he will be scattered; he will go astray from his reality.

Those aspirants who are in the state of āṇavopāya can only utilize the gross movement of speech because they have no experience of the subtle or the subtlest states of speech. They must, therefore, initially practice on the gross state of speech. In the long run, their concentration on that gross speech will finally carry them to śāktopāya, where they will then reside in their own nature.

End of the Theory of Speech in Kashmir Shaivism by Swami Lakshmanjoo.

4. Abhinavagupta explains these three states of subtle sound together in the third chapter of the Tantrāloka.