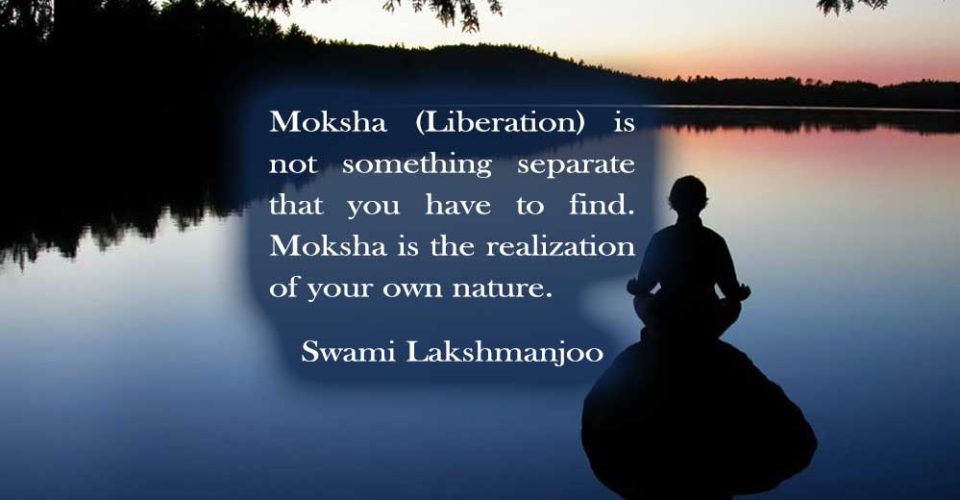 This is an excerpt from the book Kashmir Shaivism, The Secret Supreme, by Swami Lakshmanjoo. Chapter Six, The Theory of Speech: Vāk, when the aspirant resides in  the śāmbhava state, in complete universal I-ness (pūrṇāhantā).

When the aspirant resides in the śāmbhava state, in complete universal I-ness (pūrṇāhantā), he is traveling in the kingdom of vāk, “speech.” Here, he resides in the principal and supreme speech, which is called parāvāk. And not only does this aspirant reside in that state of parāvāk, but he travels in other sounds also. He comes out and he goes in. He has the ability of traveling from the supreme to the gross and from the gross to the supreme. He can ascend and descend without varying his consciousness. His consciousness will remain the same in each and every state.

The word parā means “supreme,” and parā vāk is the “supreme speech.” It is that soundless sound which resides in your own universal consciousness. It is the supreme sound which has no sound. It is the life of the other three kinds of speech which comprise the kingdom of speech, paśyantī, madhyamā, and vaikharī, and yet it is not in this kingdom of speech.

The aspirant’s purpose in the kingdom of speech is to travel from paśyantī to madhyamā and then to vaikharī. In your journey you do not travel to parā because parā is supreme.

Paśyantī vāk is that speech which is without differentiation (nirvikalpa). Take, for example, the perception of some object such as a watch. When you look at this watch, you feel that it is a watch. But do not go that far in your perceiving. You have to see something more, what you saw before you felt that it was a watch. Before that, you observed something white, not a watch, only something white. This is that state which is partially undifferentiated (nirvikalpa) and partially differentiated (vikalpa). This is moving to the first flow of the perception of that which you are observing. At this point in your perception, you see only a white shade. Go still further forward in your perception. You will see that there is some sensation of seeing. You will not see anything. This is paśyantī vāk. In this first flow of your perceiving, you were observing, you were looking, but you were not seeing anything. It is only afterwards that you saw a watch. This kind of observation, which takes place at the level of paśyantī vāk, is in the nirvikalpa state.

Paśyantī vāk is that state where a person is experiencing, observing the world, but not seeing anything. It is only pure sensation without any differentiation (vikalpa), without any thought. In our Śaivite literature, the state of paśyantī vāk is described as śikharastha jñāna. Śikharastha jñāna means “knowing something while situated at the top.” For example, you climb to the top of a hill and see below a whole town. When you observe that town, you observe it in its entirety. You do not observe it as a collection of separate entities, one by one, such as this is a tree, this is a path, this is a motor car, these are people moving about. Rather, you generally see the town as a whole without differentiation, such as the perception “this is the town of Srinagar,” “this is the city of London.” And this kind of perception where you perceive something as a whole and not in distinct parts is called śikharastha jñāna. This is that seeing which is without thought. You perceive and observe in the same way at the level of paśyantī vāk.2

The next state of speech (vāk) is called madhyamā vāk. Madhyamā vāk is between the lowest speech, vaikharī, and the highest speech, paśyantī. This is the reason that it is called madhyamā, speech in the middle state. Madhyamā vāk is that state of mind where you reside only in thoughts. This state is only mental. It is without letters, words, or sentences. When you are asleep and dreaming, you are residing in madhyamā vāk. Here you are residing only in the mind, not in action and, therefore, you are devoid of sensation.

The third state of speech is called vaikharī vāk. The term vaikharī means “gross, rough.” This gross speech is ordinary speech. When you utilize vaikharī vāk, you have to use your tongue and lips.