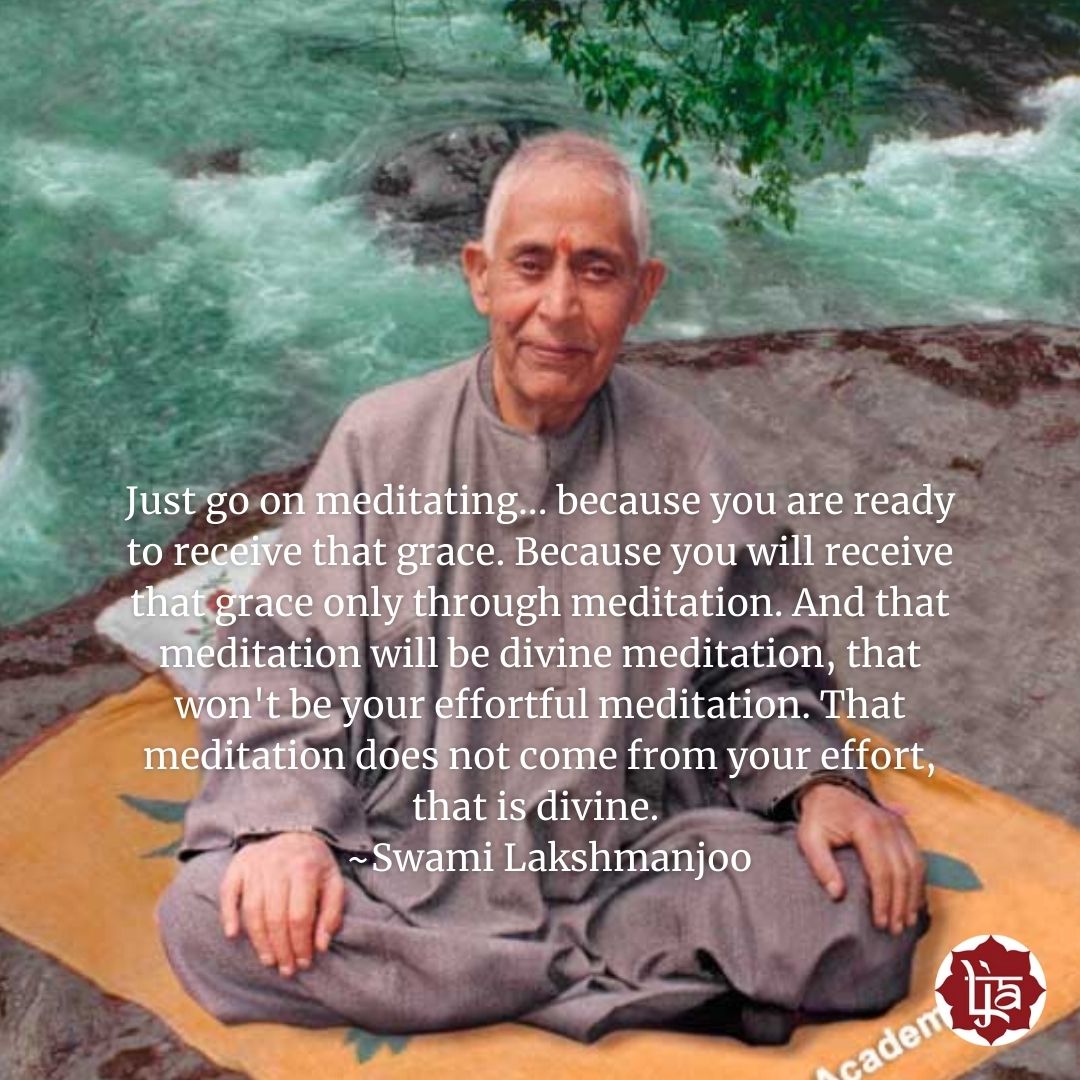 This talk on shaktipata [grace] was given by Swamiji in July, 1978 on Shankarpal Rock, in Dachigam Forest, near the village of Harvan (just a few miles from Swamiji’s Ashram). This is also known as Shiva Rock, where the Sacred Shiva Sutras were revealed to Vasugupta, in the 8th century, AD.

Here, Swamiji explains grace in the Light of Kashmir Shaivism. To learn more about this subject check out our webinar “Grace on the Spiritual Path” which is extensively devoted to this subject. 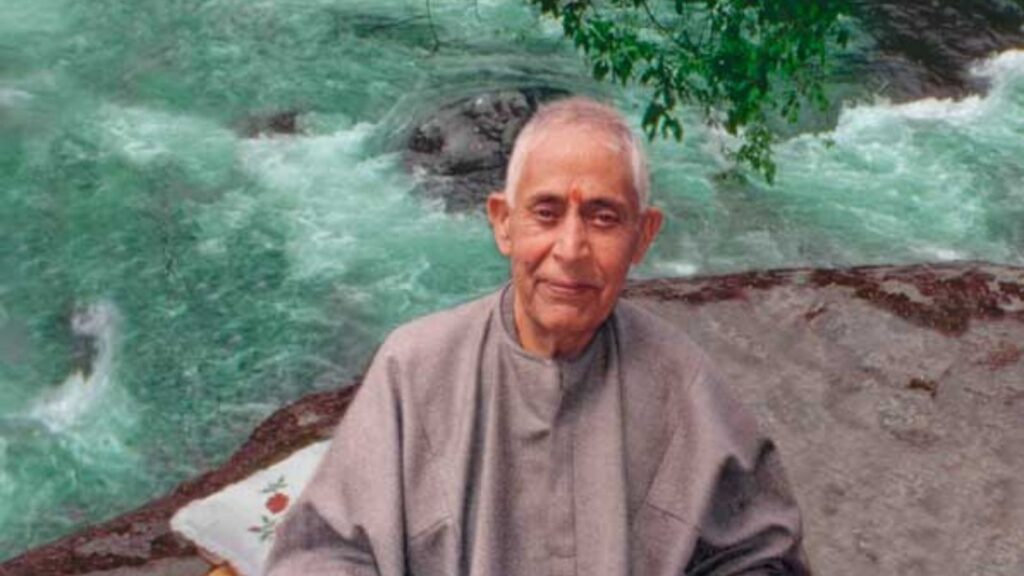 SWAMIJI: My golden words are as follows, and those are regarding the grace of Lord Shiva, grace, shaktipata. If you do effort, by your personal effort, shaktipata won’t take place. That effort becomes useless. When you are detached, you develop within you detachment for external… for these pleasures of the world, by that you cannot be graced by God, i.e. shaktipata won’t come.

Now there is a question, how we will know that shaktipata has come?

Sometimes you meditate and that meditation diverts you at once towards God consciousness, one-pointedness — that comes from God. That meditation is from God. In the same way you must distinguish what is grace and what is not, what is your own effort. When you recite mantra of God, do japa, go on doing japa, for centuries and centuries with no fruit, that is your own effort. When you do japa only once, only two times and get entry in God consciousness, that action comes from God, that is grace.

JOHN: What is the reason for, when you told us earlier, I remember one time, you were saying, you should meditate six hours a day at least, not three hours . . .
SWAMIJI: Yes, go on . . . we will see, if sometime grace may come from God. While meditating, sometime there may be some point.

JOHN: Why meditate to get that grace?
If you say meditation does something, then when you meditate there is more of a chance for the grace to come then when you are just walking in the garden, then that means that some effort has a value.

SWAMIJI: You will remember God at once without any effort. And your mind will be centralized in that God consciousness, and that is grace.
So why not take the nearest step . . . why to do actions of worldly activities? So our masters have suggested that we should not be given to worldly activities too much. Just meditate, go on meditating. Some time there will be grace and you will get a lift.

JOHN: How does the concept, “strengthening your awareness” fit in?

JOHN: You say you meditate and you strengthen your awareness. That seems to be something that . . .

SWAMIJI: No that is nothing. That is only just for your consolation to strengthen your awareness. Your awareness will be strengthened only when grace comes.

DENISE: And it happens in a flash.

SWAMIJI: It is not step by step, it is not a successive process.

JOHN: What is this idea, and is krama not a successive process?

SWAMIJI: It is not, it is akrama,

SCHOLAR: It is not called krama because of succession?

DENISE: So praying to God does not help?

SWAMIJI: Because, when God puts, showers grace on some being, he likes to meditate. This force of interesting force in him comes, appears to him. So why not remain at that step for grace.

DENISE: Waiting for it.

SWAMIJI: Waiting for grace. That waiting is just to meditate, go on meditating.

DENISE: Even though it takes you nowhere? 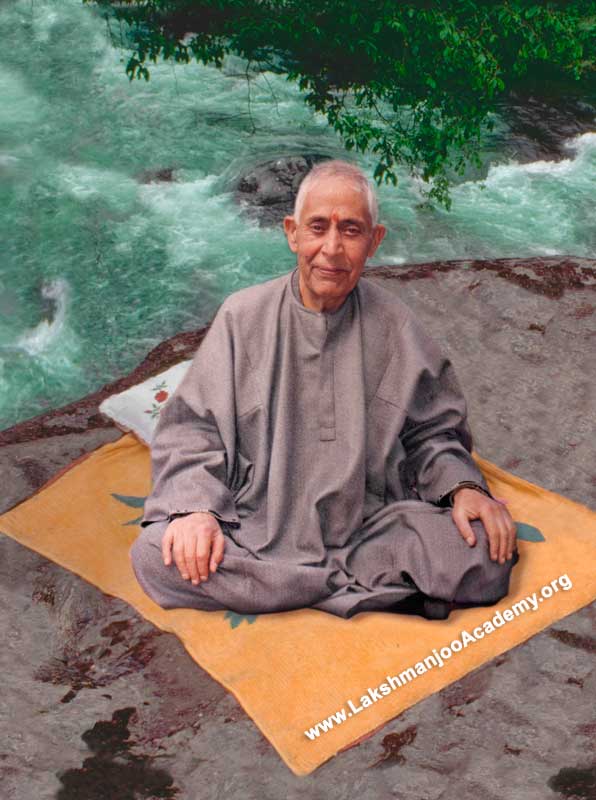 JOHN: The grace comes only through meditation?

DENISE: God will grab you while you are in meditation?

JOHN: Why only meditation?

DENISE: He won’t do it any other time?

DENISE: And suddenly you start watching your breath.

SWAMIJI: But that awareness also comes by grace, that maintaining of awareness. You see, I told many times to watch your breath. You can’t watch your breath unless there is grace. Just you are diverted towards other points at once, at once in a flash, you are, you get astray. So it is the grace that can maintain it, awareness.

JOHN: What is the point of the master then, grace comes from master then?

SWAMIJI: No, master’s activity is only just to make him capable of receiving grace.

DENISE: And how does the master do that, make the disciple capable?

SWAMIJI: Just, he tries to make him established on that step where it is first step of grace.

DENISE: What does that mean, how does he do that?

SWAMIJI: He just wants to make him concentrate, concentrate and concentrate, again and again, again and again, again and again, so that is the first step where from he has to rise. From that step he has to rise. So why not remain on that step.
Khema told me that she would be here when we would reach here. She and Harikrishan Kaw would be here beforehand. “Wherever you go, we will be there.” So this is the same thing. Master wants you to remain there, where from you have to rise through grace. So there is no wasting of time. Even then there is no wasting of time, if you are doing some other activity also. Because you will just be dropped at that step, where you will get clearance of rising. At once clearance of rising without any obstacles.

DENISE: Is it easy to understand, Swamiji, how a disciple is drawn to a master, because the master is so great and shining and represents God for him, but how is master drawn to a disciple?

SWAMIJI: Because of his qualities, capability.

DENISE: Because of the disciples?

SWAMIJI: Only one capability is needed . . .

DENISE: And what is that?

SWAMIJI: . . in disciple. That is, no other foreign matter residing in his brain.

DENISE: Other than what?

DENISE: What should be there?

SWAMIJI: No, there shouldn’t be reasoning.

DENISE: You should be dumb.

DENISE: Because disciple has limited knowledge.

SWAMIJI: Because that power of reasoning has come into existence from his effort. From going to school, and from discussion, discussing matters with each other . . .

DENISE: So it is limited, it is incomplete.

SWAMIJI: It must be pure . . . pure consciousness without reasoning. So that is the point where your master makes you established.

SWAMIJI: Yes. And that is done by surrendering. Bowing down before master, serving him wholeheartedly. This service, this adoption is meant just to remove that substance in your mind of reasoning.

DEVOTEE: And that is connected to individual ego?

DENISE: So it’s to get rid of everything that makes the disciple shrunken, so that he can . . .

JOHN: What do you mean by reasoning here?

JOHN: What do you mean by reasoning, reasoning means thinking?

SWAMIJI: You have to abandon your common sense.

DENISE: If the master says, “the sky is orange.”

SWAMIJI: Yes, you must say, “my eyes are defective eyes . . . this seems to me blue, it is defect in my eyes.” You must not put reasoning that, “no, my master is wrong.”

SCHOLAR: But only after you have put reasoning and seen that your master is real master.

SCHOLAR: Otherwise one would listen to any fool.

DENISE: But once you have found your master, are you talking about.

SWAMIJI: Yes, he is right.

SCHOLAR: First you have to have that faith in your master, then you believe.

SWAMIJI: First you have faith and total surrender, unconditional surrendering to the master. Then the time will come you will get reasoning also, developed reasoning afterwards. And that development of reasoning will be conducted by your master, not by your own effort. So you will be all powerful then. So you won’t be victim of fools.

BRUCE P: That also is grace.

SWAMIJI: That is also grace.

SCHOLAR: Isn’t it also grace that a person goes to the master?

SWAMIJI: Right master, real master, not fraud master, that is not grace.

(End of lecture on Grace.)

Source: audio archives of the Universal Shaiva Fellowship and the Lakshmanjoo Academy.
All Content is subject to Copyright © John Hughes.