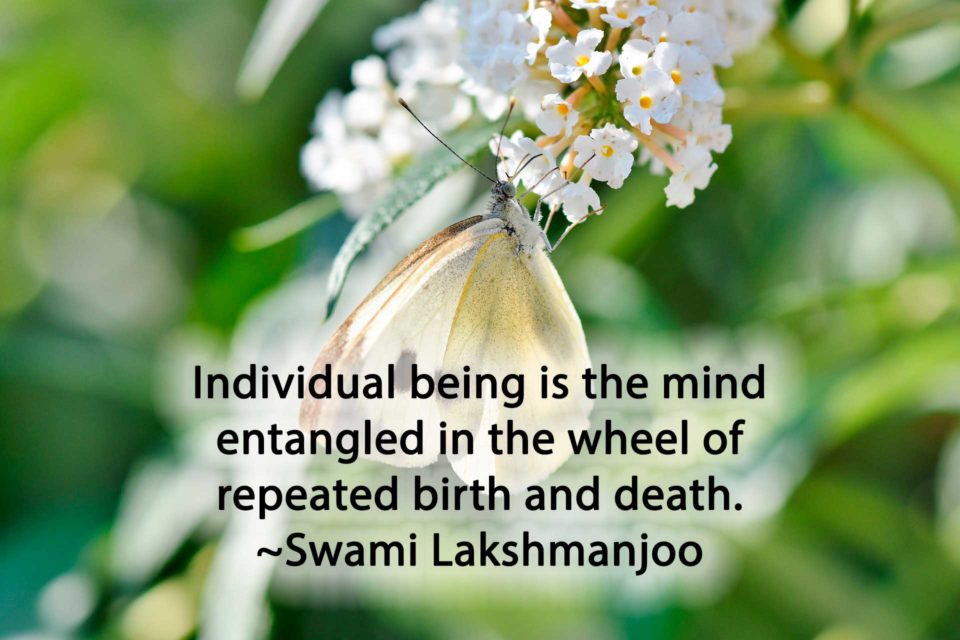 What is the individual being?

In this lesson Swami Lakshmanjoo answers the question what individual being is, and why his mind is entangled in the wheel of repeated birth and death. He also tells us about the mind that has become one with God consciousness, in comparison. This excerpt is from the first verse of the third awakening (āṇavopāya – the inferior means) of the Shiva Sutras: The Supreme Awakening by Swami Lakshmanjoo. 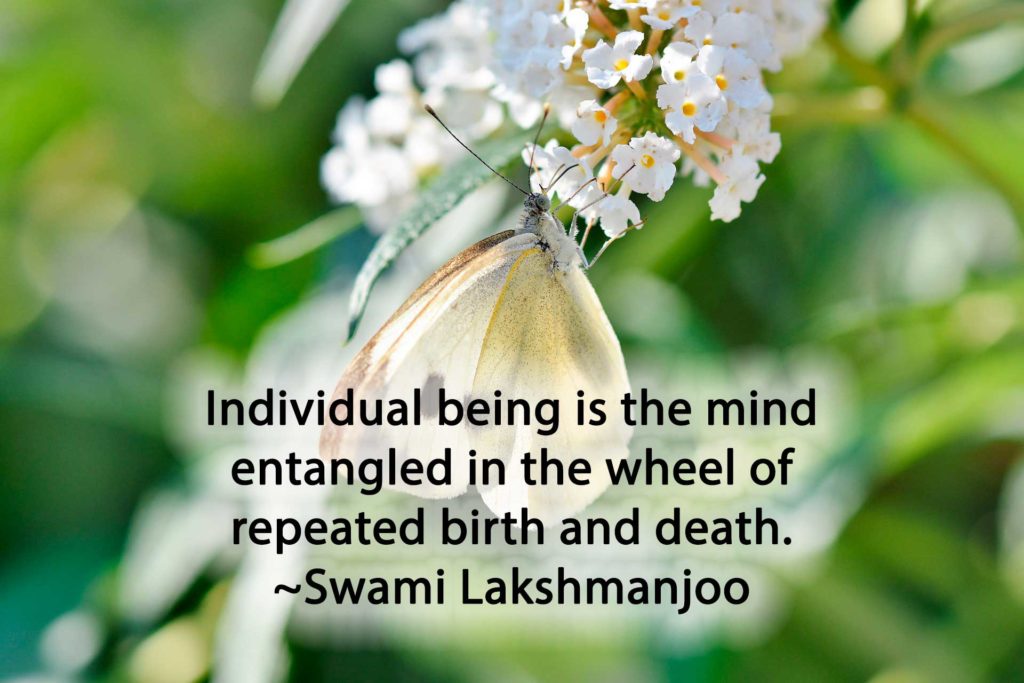 1. ātmā cittam
Individual being is the mind entangled
in the wheel of repeated birth and death.

Here, individual being has been transformed into the nature (svarūpa) of mind. But what kind of mind is this? It is not the mind filled with (mantraḥ), the God consciousness of supreme I. It is that mind which is eternally saturated with the impressions of sensual pleasures.

This individual is attached to the three intellectual organs—mind, intellect and ego. The function of these three organs is as follows. First, understanding what is to be done is accomplished by the organ of intellect. Second, the thought of how to do it is accomplished by the organ of mind. Third, the ego is attached when we say, “this is to be done by me.”

These three movements are the functions of the mind of that individual being. It is this mind of the individual being which is ātmā. Here the Sanskrit word ātmā does not mean “individual being.” The word ātmā comes from the verbal root ata. In grammar, the meaning of ata is sātatya gamane, “who comes and goes, who is always in movement, moving in repeated births and deaths, being born and dying again and again.” So he who is always entangled in the wheel of repeated births and deaths is ātmā. And that mind is ātmā.

On the other hand, the mind that has become one with God consciousness does not remain in this way. He moves in his own real nature. This is why the first sūtra of the First Awakening is caitanyam ātmā, “independent God consciousness is the reality of the self.” So in this sūtra, the word ātmā in caitanyam ātmā was explained in such a way that you will understand that ātmā is no other than God consciousness. But here, in the present sūtra, ātmā is defined as a truly inferior being. This is the state of individuality. It exists when the supreme being possesses the state of individuality. Possessing this state and being shrunk from all sides, he becomes an individual being.