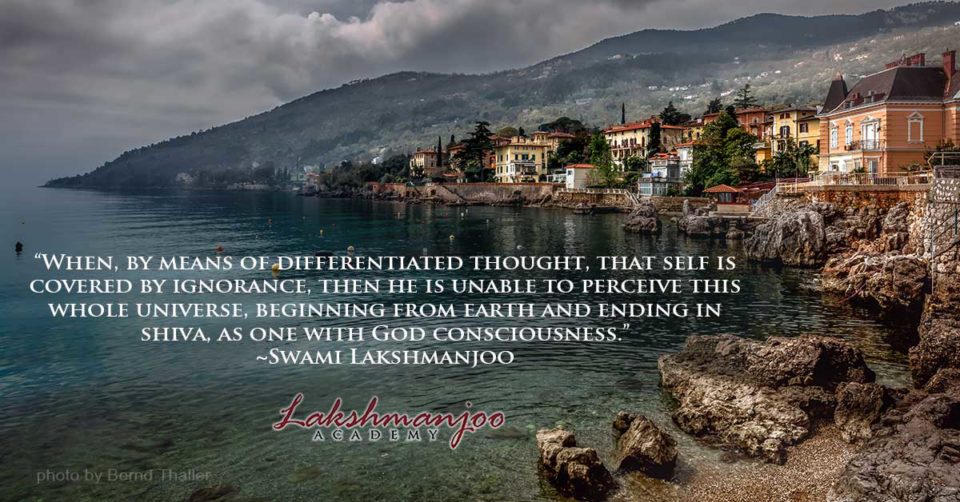 This is an excerpt from the Shiva Sutras, The Supreme Awakening as revealed by Swami Lakshmanjoo. This is a continuation of the 39th verse of the third awakening of the the Shiva Sutras: The Supreme Awakening revealed by Swami Lakshmanjoo. Here Swamiji explains what happens to the person who does not maintain onepointed-ness on turya (the fourth state). 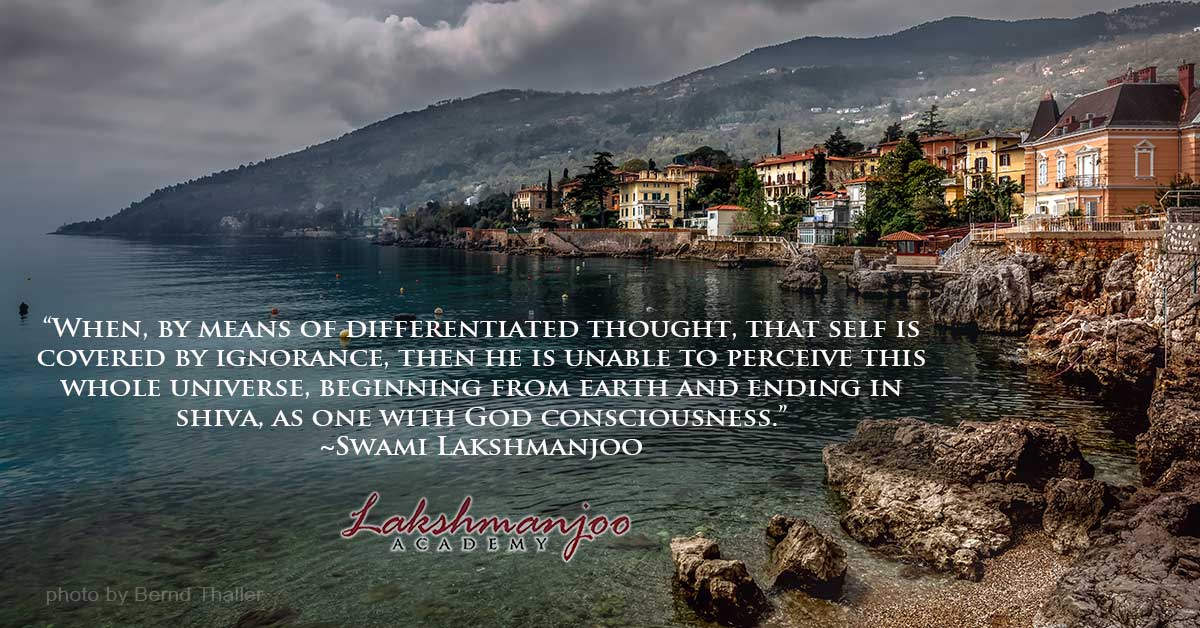 Due to the insatiable and insistent desire to fill that gap (in his nature),
his flow and movement are toward the objective world, not subjective consciousness,
and so he is carried from one birth to another.

This yogī feels there is a gap in his nature of being. Because of this feeling of incompletion, a desire arises within him to fill his nature of being. And so to accomplish the fulfillment of this desire, he directs his attention toward the objective world and not subjective consciousness. And so, just like a beast, he is carried from one birth to another birth, from one death to another.

By whom is he carried? He is carried by those energies governed by the supreme wheel of the energies of God (śakticakra). And those energies are the six coverings (kañcuka): kalā, vidyā, rāga, kāla, niyati, along with māyā; the internal organs (antaḥkaraṇa), mind, intellect, and ego; the five organs of actions, the five organs of the senses, and the five tantmātrās: sound (śabda), touch (sparśa), form (rūpa), taste (rasa), and smell (gandha). By these energies, he is carried from one state to another state, from one life to another life, from one womb to another womb. And so he is not a carrier; he is being carried. In brief, he is just like a beast (paśu), dependent upon his past and future actions. And this insatiable and insistent desire is dirt, impurity (mala).

In this quote from the Svacchanda Tantra, we are told:

Āṇava mala, which has appeared by perceiving one’s own self as incomplete, is ignorance (avidyā). Because of this āṇavamala, desire (abhilāsā) arises and one is carried outside to the external world and not to the internal world of spirituality. (Svacchanda Tantra)

Thus his consciousness is diverted toward worldly pleasures. He does not maintain awareness to become established internally in his own nature (antarmukharūpā). That internal awareness is lost.

When, by means of differentiated thought (vikalpa), that self is covered by ignorance, then he is unable to perceive this whole universe, beginning from earth and ending in Śiva, as one with God consciousness.

So, just like bamboo trees, which are burned by their own internal fire,34 he destroys himself by his own impurities and limitations.

Those who integrate into their nature those objects which are not beyond illusion, take the form of māyā and cherish the nature of ignorance, not the nature of spirituality. In the end, they experience only pain (kleśās) and sadness.

34. This fire is produced by the bamboo trees themselves when they are subjected to strong winds. The bamboo canes rub against one another and the resulting friction ignites a fire.