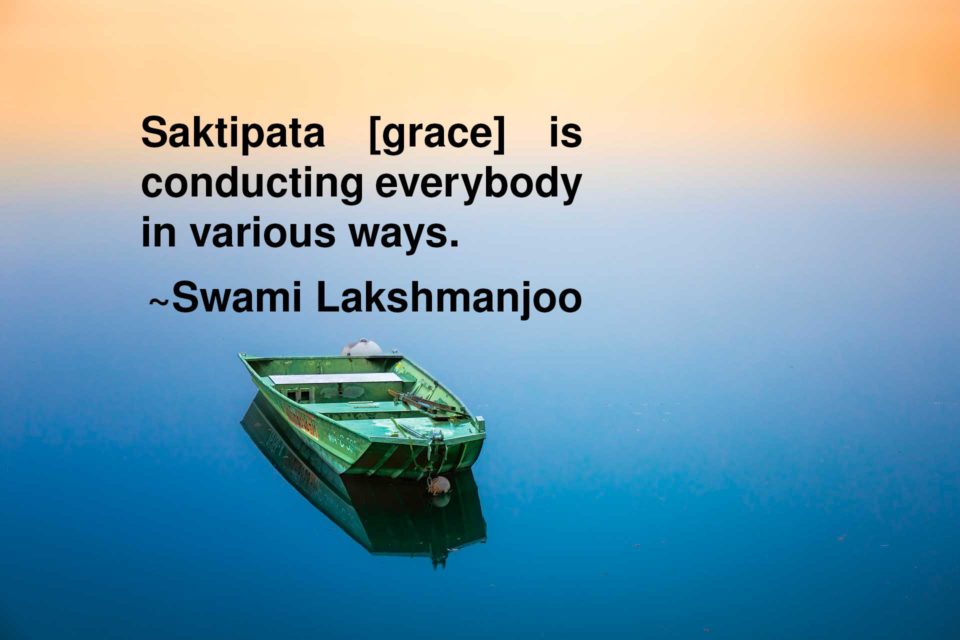 This is a continuation of a previous lecture about puruṣa and prakṛti, taken from the 13th Chapter of the Bhagavad Gita, in the Light of Kashmir Shaivism. Here Swami Lakshmanjoo says there are various ways of understanding… It is not [only] one way that he is in samādhi. Śaktipāta [grace] is in various ways conducting everybody.

Everybody is behaving . . . when he has become pāta, [graced with] śaktipāta. 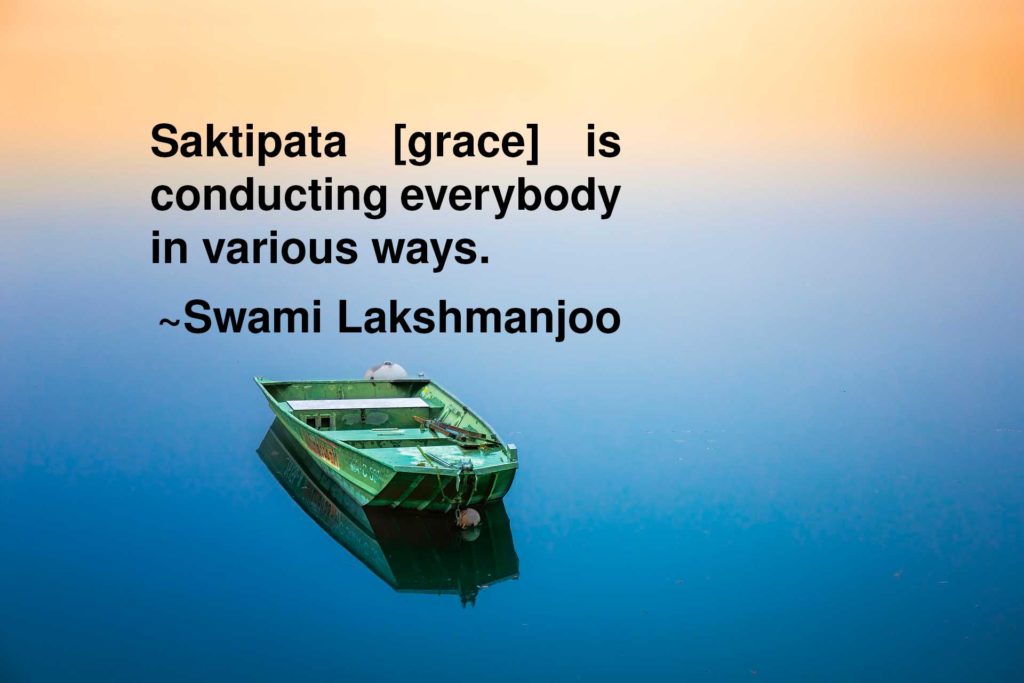 Śaktipāta is in various ways conducting everybody. It is not śaktipāta in one way that he is in samādhi, i.e., some sing the glory of Lord Śiva day and night. Some go on doing service for mankind everywhere without any reward. Dhyānenātmani paśyanti, some people concentrate in the heart and see Him. Kecidātmānamātmanā, some people by mind, they focus their minds and they enter into samādhi. Annye sāṁkhyena yogena, some people, by hearing the śāstras from masters lips, by that they rise. Karma yogena cāpare, some in adopting karma yoga (karma yoga [means] yoga in action), they go on [acting] and thinking of Lord Śiva.

And they have got friends, and his friend is seated before his master. Although he does not understand the philosophy of his friends’ master, he asks his friend, “what has he said, what has he said to you?” He in reply says, “he has said like this,” and he goes on deriving that [knowledge] and bas, he also rises. Śrutvānyebhya, from friends they hear the reality of generalizing [i.e., explanation] in this Parabhairava state. All are rising. All rise!

Source: Bhagavad Gita, in the Light of Kashmir Shaivism by Swami Lakshmanjoo