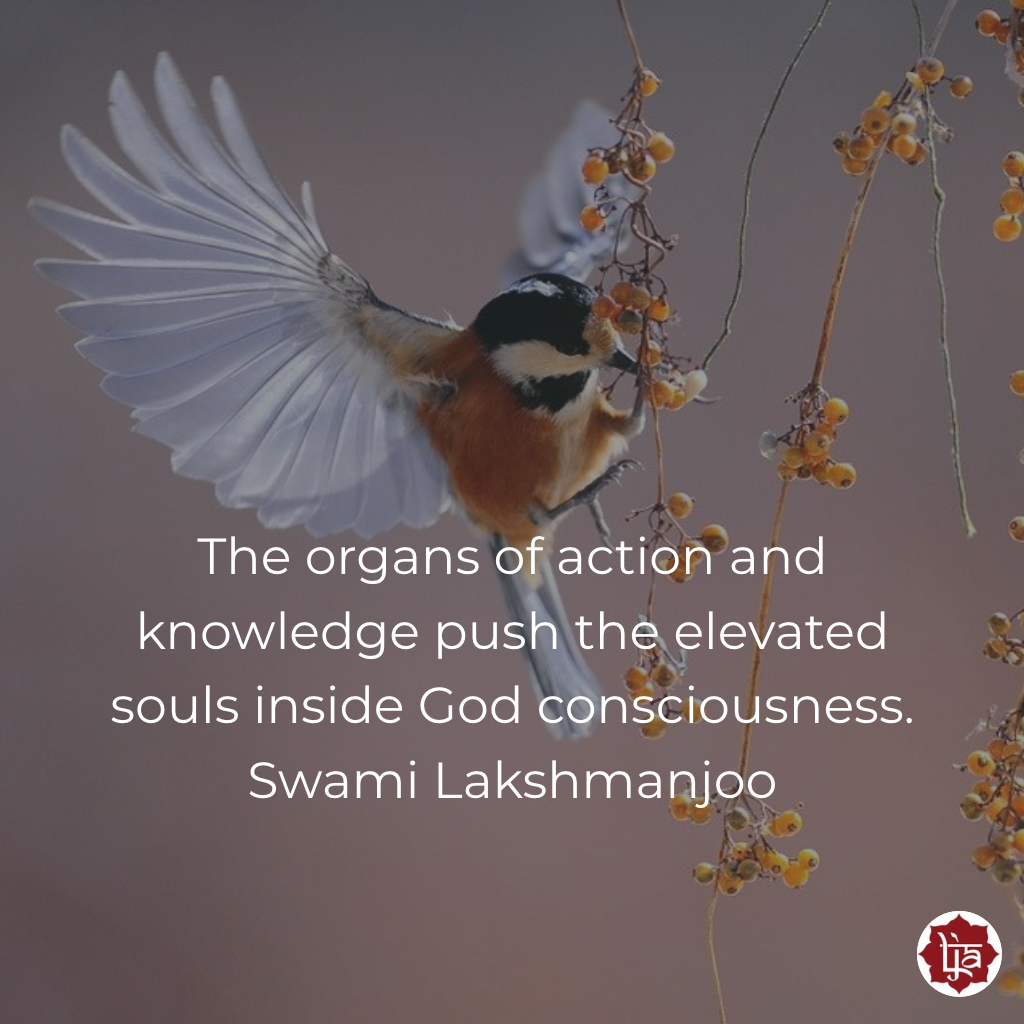 In this excerpt from the Mystery of Vibrationless-Vibration in Kashmir Shaivism: Vasugupta’s Spanda Kārikā & Kṣemarāja’s Spanda Sandoha, Swami Lakshmanjoo explains how, for elevated souls, the organs of the senses push him in the center of God consciousness. Verse 19 of the Spanda Kārikā by Swami Lakshmanjoo. 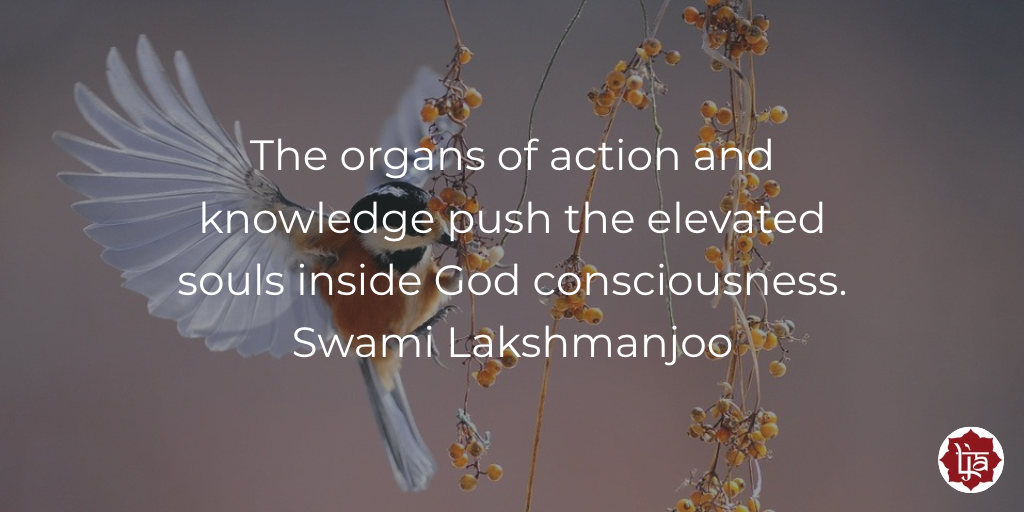 Now he explains in this next śloka that this elevated yogi does not get bondage, does not get bound, entangled, by these three states (jāgrat-waking, svapna-dreaming, and suṣupti-deep sleep).

Jñasya means, that yogi who is absolutely elevated (jñasya). He who has known, in the real sense, the state of Lord Śiva, he is jñasya (jñasya means, a fully-elevated yogi).

*. . . that elevated soul takes hold of sāmānya spanda in that.

Yoga in inaction, that is jñāna yoga63. When you don’t act, you remain in samādhi, meditating, all-round meditating, that is inactive yoga. In that inactive yoga, there is the possibility of coming down from that state, but in active yoga, when you rise along with thieves, who will steal your property? You are with thieves, you are rising along with your thieves, who would [otherwise] snatch all your good property from you–if you deal with, along with, thieves also. What are “thieves”? The temptations of the world, temptations of the world. There are so many temptations in the world. Those snatch away the treasure of God consciousness from you. You lose that treasure of God consciousness by those thieves. But you make friendship with the thieves. When you remain in the action of the world, [then] you are on friendly terms with the thieves also. What can they snatch from you? They will never snatch from you.

SWAMIJI: . . . the karma yogi, they are not thieves, they are friends–no problem.

JOHN: So karma [yoga] is much higher than jñana yoga.

So, for those elevated souls, these guṇādi spanda niṣyan-dāḥ, these classes of the organs of the senses, they become labdhātmalābhaḥ, they just push him in the center of God consciousness.

Those elevated yogis. It is not found in those who are not elevated–they are kicked down by these senses.64

And this is the way [that] jñasya āparipanthinaḥ, for an elevated soul, they become friends, not enemies. For those who are not elevated, they are enemies for them.

64 “At the time of enjoyment of those senses, vidyudvat ābhāsanam, that God consciousness is shining just like lightning for one second, in a flash. Tena tattadavasareṣu–but what you have to do there?–tattadavasareṣu, at those points, at those points of lightning, you have to be absolutely aware. If you are not aware, finished, you are as good as an individual being.” Swami Lakshmanjoo, trans., Śiva Sūtra Vimarśinī (LJA archives).