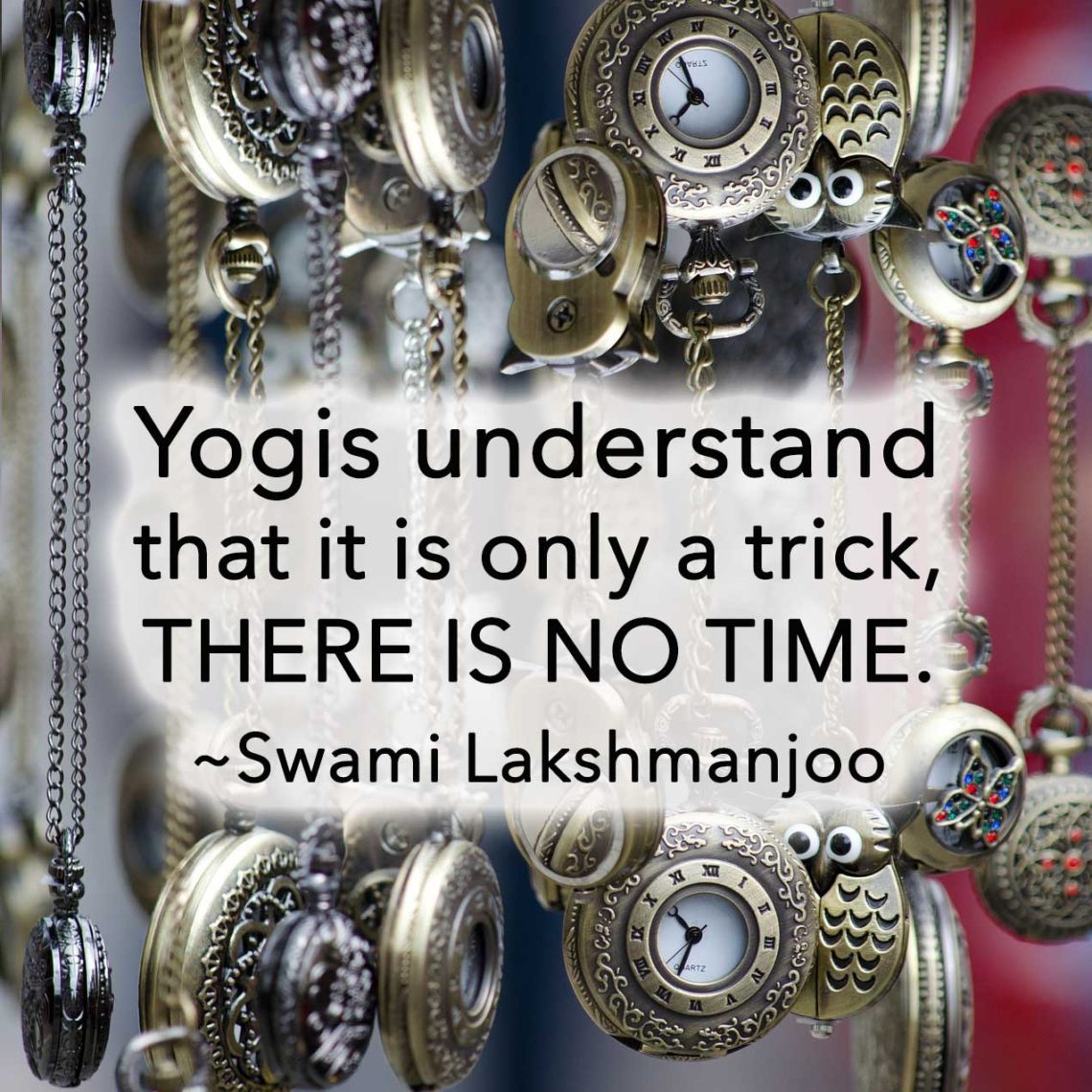 “Yogis understand that it is only a trick, there is no time.” ~Swami Lakshmanjoo

This is the 12th and 13th verse of the Bodhapañcadaśikā by Abhinavagupta, who wrote the [15 Verses of Wisdom] for ‘those dear devotees who are not intellectually inclined”. We are offering a more in-depth study of the whole text in this Online Course. You can also listen to the previous verse on this blog. 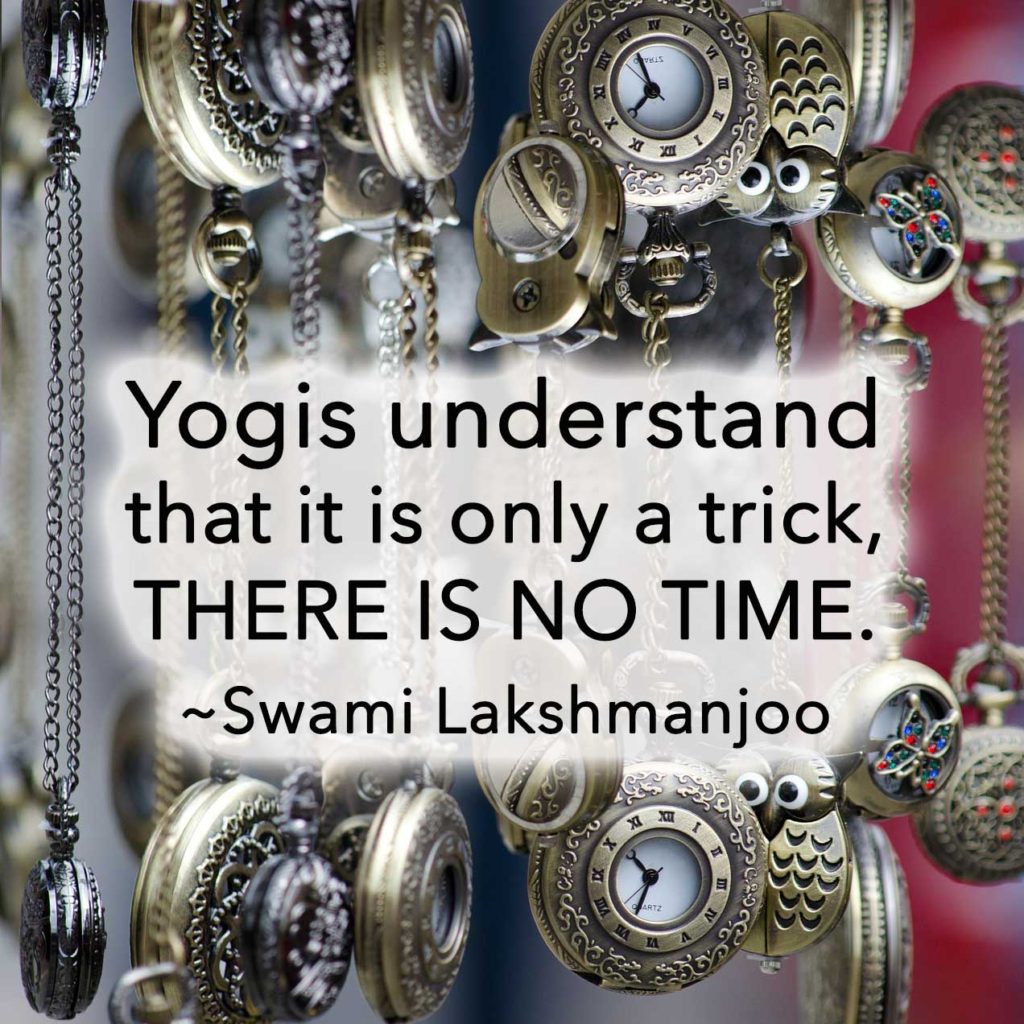 Tat prāsāda, now what happens to some people who know afterwards, i.e. who come to this understanding that it is only just a trick. Yogis understand that it is only a trick, there is no time, actually there is no span of time. If this was true, that there was time . . . why [is there] difference? This [lifespan] would have been only equal to all.

ERNIE: Twenty four hours for a mosquito, same for a human, same for Śiva.

SWAMIJI: Yes, but it is not.

BRUCE P: Is he speaking specifically of time, or just all varieties of creation?

SWAMIJI: Vibrating force. Your master vibrates his God Consciousness in you, and you come to this understanding that there is no time. You understand what this is, what trick this is [being] played by Lord Śiva.

ERNIE: But, when you mean come to know, you mean when you live that?

ERNIE: But I’ve come to know, just from lectures and from being here with you, but I don’t know . . .

SWAMIJI: No it is attached knowledge.

SWAMIJI: It is attached knowledge. It is not real knowledge

ERNIE: Yes, so real knowledge is, when you?

SWAMIJI: When you know yourself exactly.

ERNIE: When you live that.