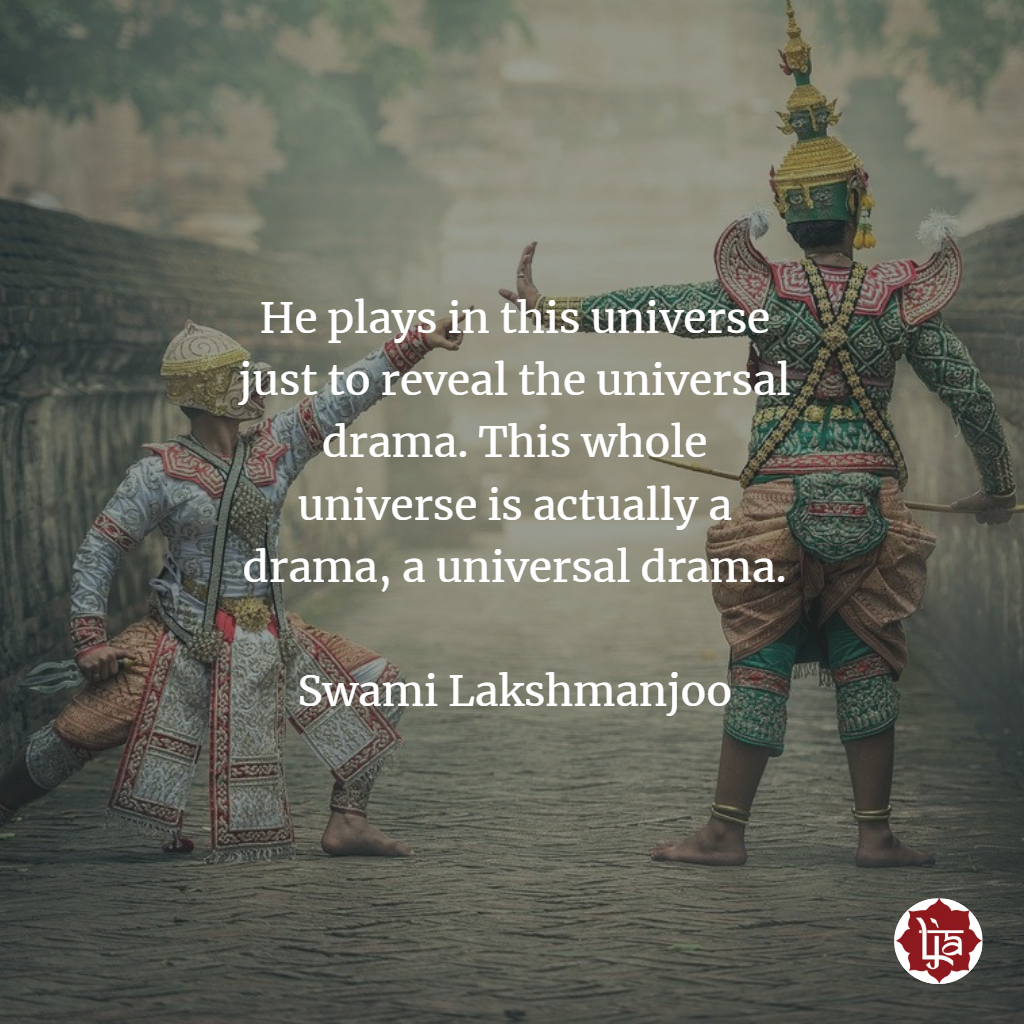 Swami Lakshmanjoo explains the different ways of (sāttvic, rājasic, tāmasic) acting in this universal drama, as revealed in the Shiva Sutras: The Supreme Awakening, by Swami Lakshmanjoo. (transcript below is different than the book text) 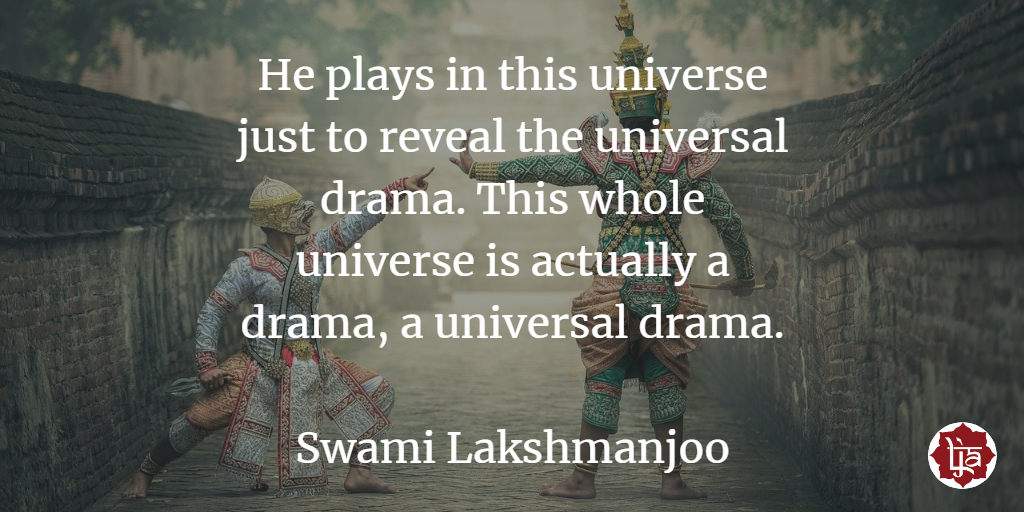 Now in his theatrical dress evaṁvidhasya asya jagat nāṭya nartakasya, while he steps in the play of drama, acting, his way of acting is explained in next sūtra, the 3rd chapter, 10th sūtra.

There he has stepped in that field of drama.

And there he puts his steps for dance and reveals the drama of the universe by infusing the spanda of his organs. Spanda means movement of organs. Sometimes he is sad, sometimes he is weeping, sometimes he is laughing, this is all play. In fact, he is neither laughing nor dreaming nor sad nor joyous. He is one, as he is always.

This is already explained in Svacchanda Tantra.

By entering in the subtle body of puryaṣṭaka . . .

You know puryaṣṭaka?
Puryaṣṭaka is that body which is found in dreaming state. That is puryaṣṭaka, that body.
. . . and he enters in that puryaṣṭaka body and he takes the journey in each and every womb in this universe. Thus he is called antarātmā, he is really antarātmā, the interior self.