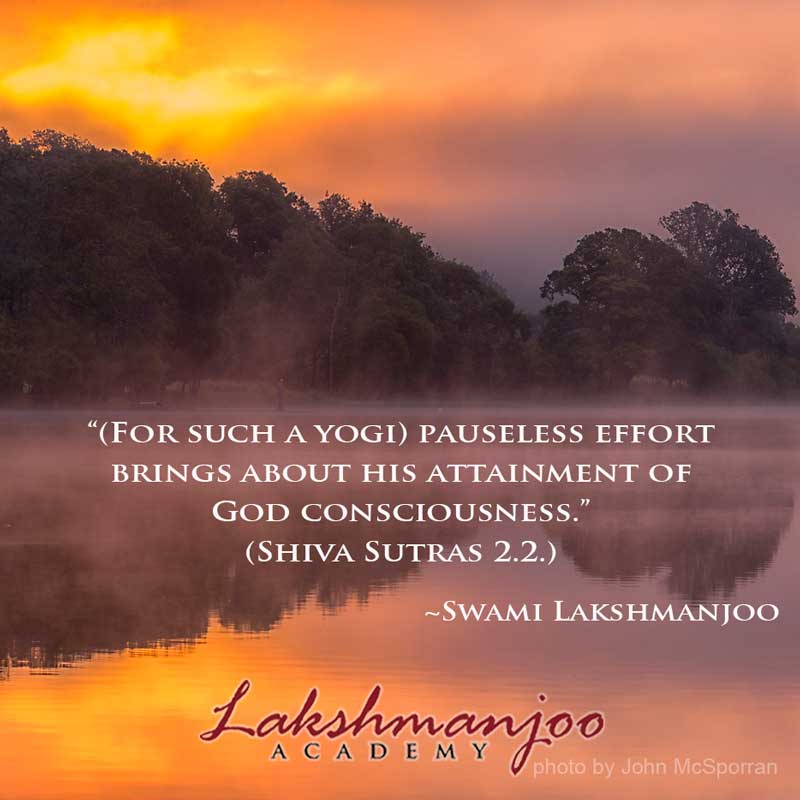 Pause-less effort and its real importance is the subject of this excerpt from the most unique book on Kashmir Shaivism, Shiva Sutras, The Supreme Awakening as revealed by Swami Lakshmanjoo. This is from the second awakening, verse number two. Read about its origin as Lord Shiva’s direct revelation to Vasugupta here.

Pauseless effort brings about his attainment

The mantra and its application, which was explained in the First Awakening of this scripture5 and which is carried out at the very start of any movement, gives rise to the union of the worshiped and the worshiper. Here, just begin with some movement, any movement, and stop. Hold the beginning point of that movement with awareness. In Sanskrit, this state is called anusaṁdhitsā.

By holding the very beginning of that movement, the goal of uniting the seeker of God consciousness with the God consciousness he seeks, the spiritual aspirant with that to which he aspires, the one who recites mantra with mantra devatā, that Lord for whom the mantra is recited, is achieved.

It is said in Śrī Tantrasadbhāva:

Just as when a vulture, flying in the sky observes a piece of meat in that sky and immediately, with spontaneous effort, catches that piece of meat, so in the same way the elevated yogī directs his mind to that point of light (bindu prakāśa) of God consciousness.
Or just as when the archer, placing an arrow on the string of a bow and then pulling back on that arrow and letting it go, where it flies swiftly, striking the point at which it was aimed. It is in this same way, O Devi, the supreme light of God Consciousness (prakāśa) is attained by just one thrust of awareness.

If the yogī is not successful in one push, he will not be successful at all. It must be attained in one thrust of awareness.

In some other place, it is also said:

In its true sense, the knowledge of awareness is the state of mantra.

The explanation of this sūtra is that your effort must not be artificial (akṛita). It must be absolutely natural, filled with intense desire and fervent longing, and originating from the center of your heart. By that force, this great yogī directs his mind to that point of supreme God consciousness.

This is narrated in Spanda in this verse:

The yogī must first possess such a determined longing that it will lead to the resolution, “I will sit until I attain the state of God consciousness or I will leave my body.” The effort must be filled with such determination. It must not be passive effort, it must be active effort. That active effort itself is God consciousness. (Spanda Kārikā 2.6)

For such a great yogī, the mantra, universal I, and the splendor of that universal I is explained in this sūtra (3rd) [Shiva Sutras 2.3.]. 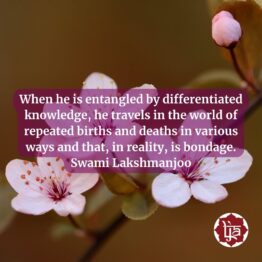 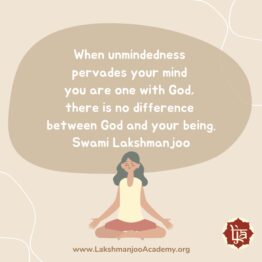 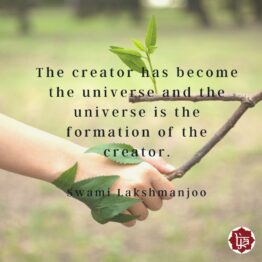 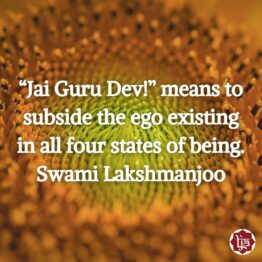