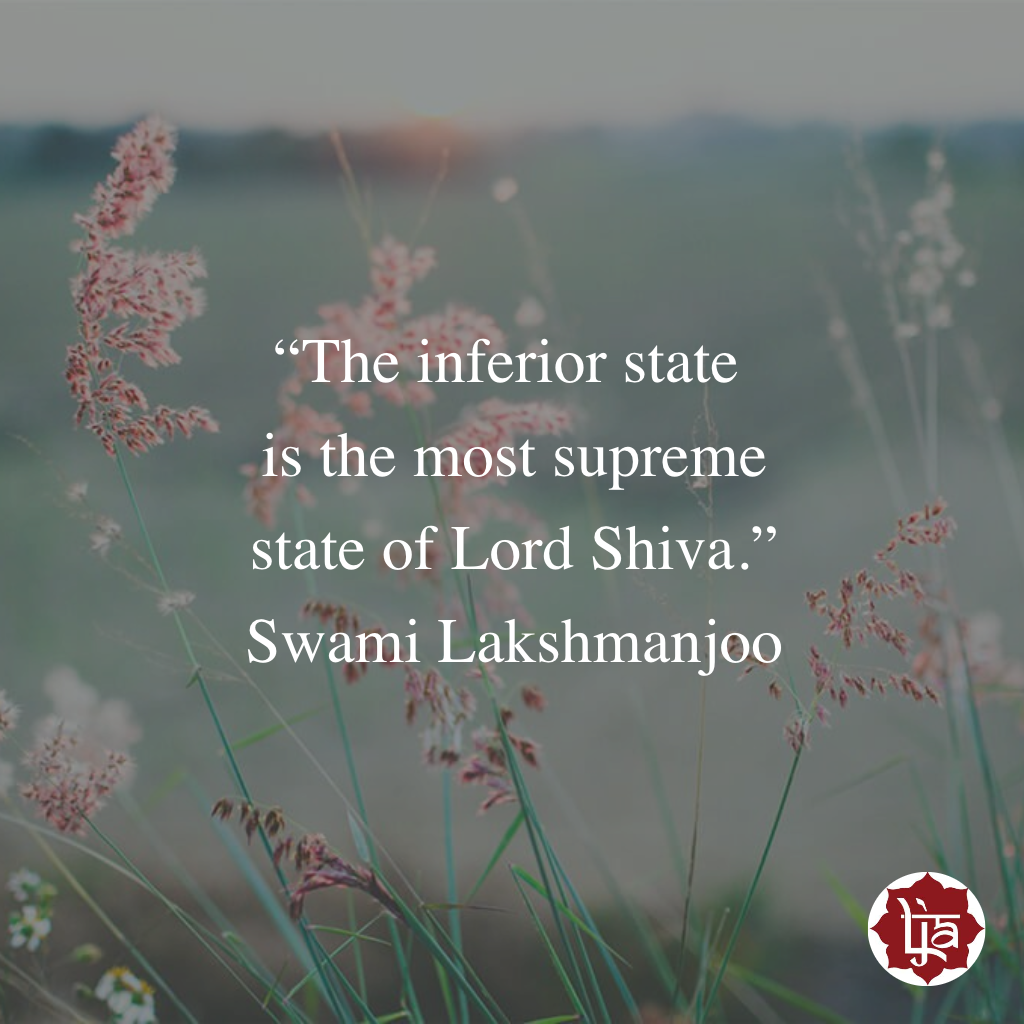 An excerpt from the Paratrishika Laguvritti by Swami Lakshmanjoo explains why the objective world is considered highest in Trika Shaivism . . .

So, krama abhinna samasta tattva svīkaraṇāt, all the elements are owned . . .

SWAMIJI:  . . . objective world is the most supreme state of Lord Śiva.

JOHN:  Why is that, because you have to find everything in everything.

* Visarga is the sixteenth letter of the vowels aḥ, represented in Devanagri as two bindus (:). Here both Shiva and Shakti exist together, indistinguishably interwoven, one in another. = Ṣoḍaśī kalā [sixteen-fold kalā] = The objective world.

** There is no lower state than prameya kalā, the state of the objective world.

# NOTE: pramātṛ kalā is generally considered to be eight-fold.

Source: Paratrishika Laguvritti, by Swami Lakshmanjoo,
from the Archives of the Lakshmanjoo Academy.
All Content is subject to Copyright © John Hughes