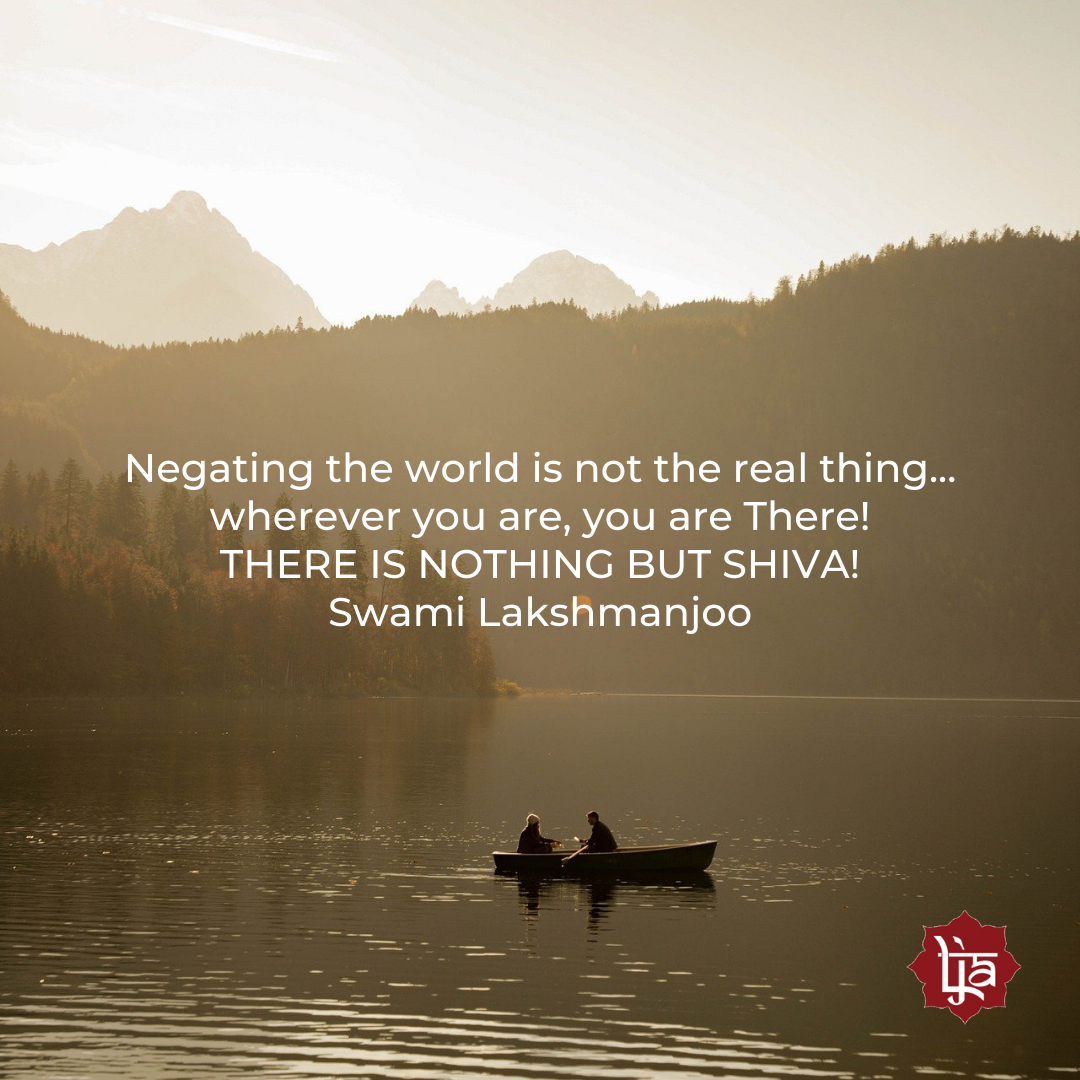 A central theme of the philosophy of Kashmir Shaivism is the highly esoteric principal known as spanda which means vibrationless/vibration or established stable movement. In our Shaivism there are two texts that deal specifically with the spanda principal. The Spanda Karika (precise philosophical statements) on the Spanda theory and the Spanda Sandoha (exposition) of the spanda principal.

“Negating the world is not the real thing…
wherever you are, you are There!
THERE IS NOTHING BUT SHIVA!”
~Swami Lakshmanjoo 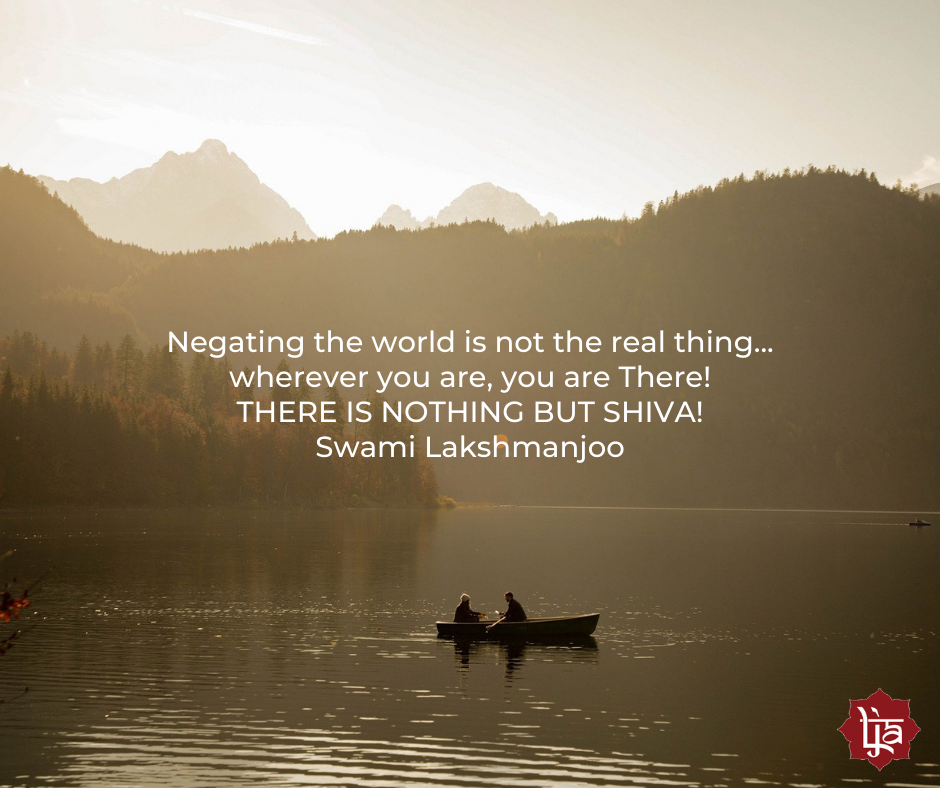 . . . He is one with the universe and above the level of the universe, both (viśvottīrṇā and viśvamaya161). Uttama, and It is supreme, akula, without . . . He is akula (akula means anuttara, the most supreme state), trikādi āmnāya upadeśadiśā, and this is calculated, this is taught, in the Tantras which are nominated as Trika Tantras, Bhairava Tantras, monistic Tantras. That is trikādyi āmnāya upadeśadiśā. By that, we come to this point that svasvabhāva eva śaṁkaraḥ, this Śaṁkara, the Lord Śiva is your own Self. You have not to go to search [for] It. Wherever you are already existing, that is the state of Lord Śiva. Bas, remain there. This is what he says.

This statement of the Vedānta theory is absolutely incorrect. What statement of Vedānta? That where this state of worldliness ends, there you find the state of God consciousness.

SWAMIJI:  It is wrong.

SWAMIJI:  . . . of the world is neglected, then you find the shining of God consciousness.

SWAMIJI:  This is not the real thing, this is not . . . what is real? Wherever you are, you are There! Don’t worry.

SWAMIJI:  The body of God consciousness. This [universe] is the outcome of That body. This is the reflection of His own body, [so] why should you neglect it? Go on enjoying this world and you are There.

SWAMIJI:  But not always.

SWAMIJI:  Once a month. Don’t be given to these pleasures.

JOACHIM:  And the dualist. Negation is dualism.

162. Lit., “not this, not that”, the via negativa of Vedāntic philosophy.