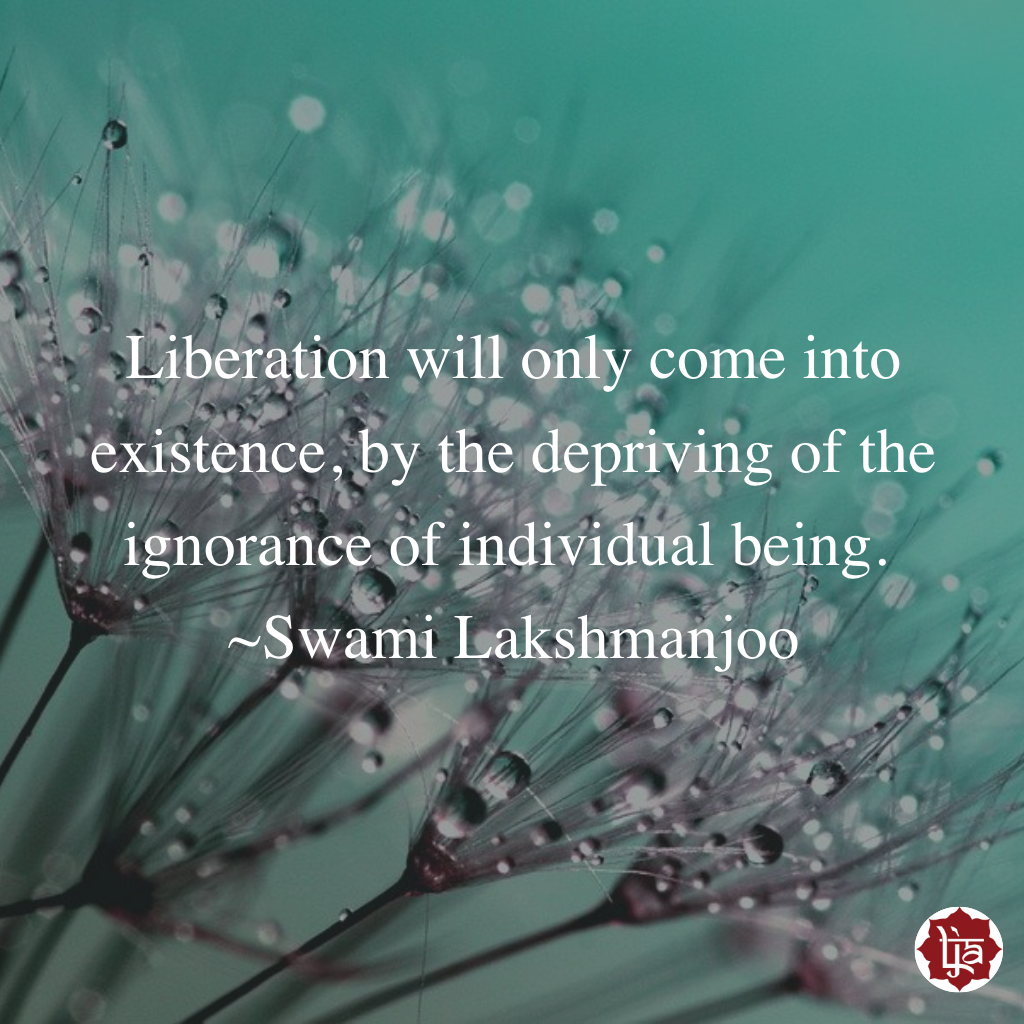 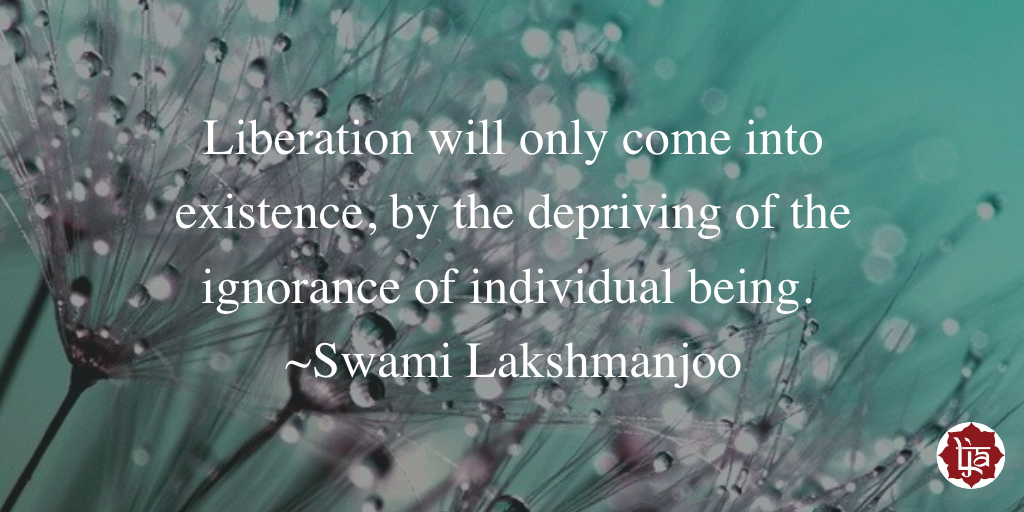 In this world of spirituality, everywhere, in each and every śāstra, it is sung that ignorance is the cause of repeated births and deaths and knowledge is the cause of liberation from it. This I have not explained from my mind. It is explained by Śiva in tantra.

For this he explains this twenty-third śloka:

Mala is ignorance. Mala is not some dirt.57 Mala is called [literally] “dirt,” but that dirt is ignorance, and that ignorance becomes the cause of māyīyamala and kārmamala. Malam is called āṇavamala. Āṇavamala is called ajñāna (ignorance) and that ajñāna is the cause of māyīyamala and kārmamala.58 This is explained by Lord Śiva in the Mālinīvijayottara [tantra].59

Lord Śiva has explained, told, that

Mokṣa (liberation) will only come into being, into existence, by the depriving of the ajñāna (ignorance) of puruṣa (being).60

SCHOLAR: When you say that it is created after saṁsāra . . .

SWAMIJI: It is created after saṁsāra.

JOHN: It is not certain that mokṣa will happen, it’s only likely.

SWAMIJI: No, no, it is certain. Abravīt, He has told that mokṣa will take place, not likely [take place].

57 “The malas are just the absence of knowledge and not something substantial.” Tantrāloka 9.75 (LJA archive).

59 The first line of verse 23 is a direct quote from the Mālinīvijaya tantra 1.23cd.

63 Swamiji tells us that, “The creative course is beginning from Śiva to pṛthvī” (Parātriśikā Vivaraṇa, LJA archive) and also that these 36 elements “flash forth simultaneously in a successive way.” Tantrāloka 9.215, (LJA archive). As Swamiji explains in his translation of verse 9.94 of the Tantrāloka (LJA archive), āṇavamala first arises in the state of Sadāśiva. The intellect (buddhi tattva) is created after the creation of āṇavamala (viz., Sadāśiva) and after the creation of the limited individual/saṁsāra (viz., māyā and the kañcukas) and therefore cannot be the cause of the individual’s bondage. See Appendix 2 (p372) for a list of the 36 elements.

Source: Light on Tantra in Kashmir Shaivism, Abhinavagupta’s Tantraloka, Chapter One,
revealed by Swami Lakshmanjoo
All Content is subject to Copyright © John Hughes.