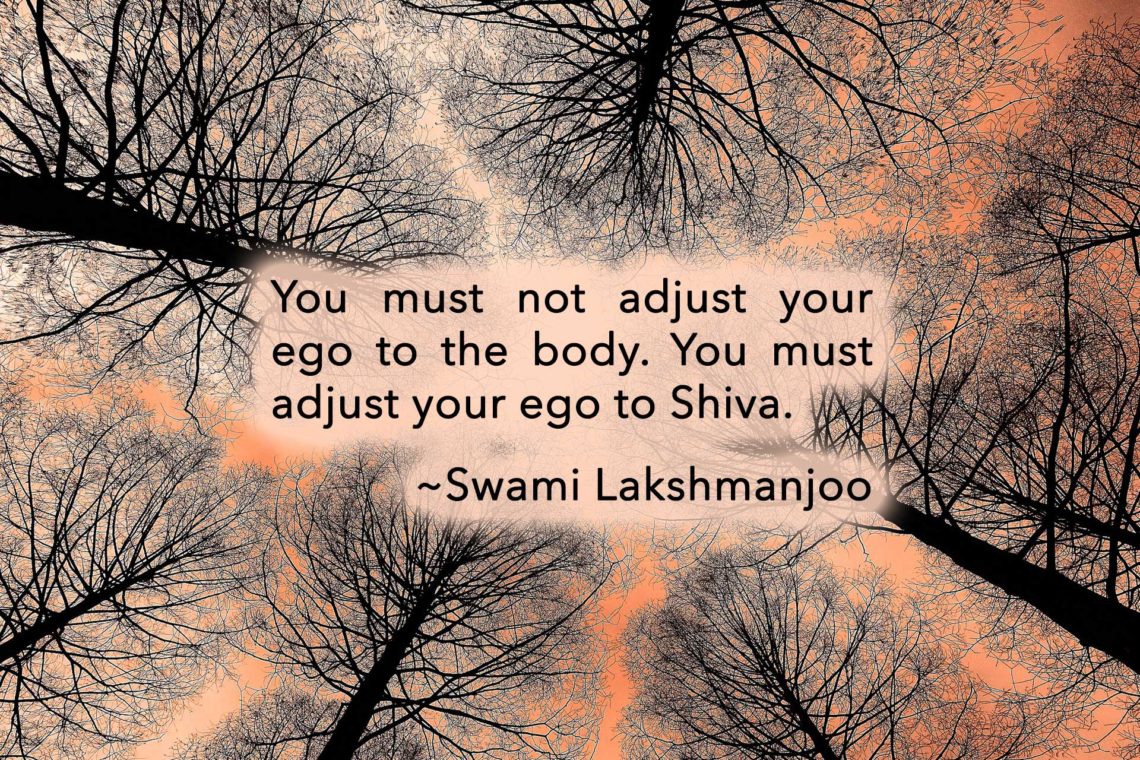 In this excerpt, Swami Lakshmanjoo explains how to understand the question correctly. “Śivo ’haṁ cet, if I would have been Śiva, why these things happen against my wishes in this world?” You should not say like that. Why? I’ll make you understand.”

This is from the unpublished Trantraloka, Āhnika 14, Verse (and commentary) 28-31, Audio Archives Lakshmanjoo Academy. Copyright © John Hughes. Do not use without permission! 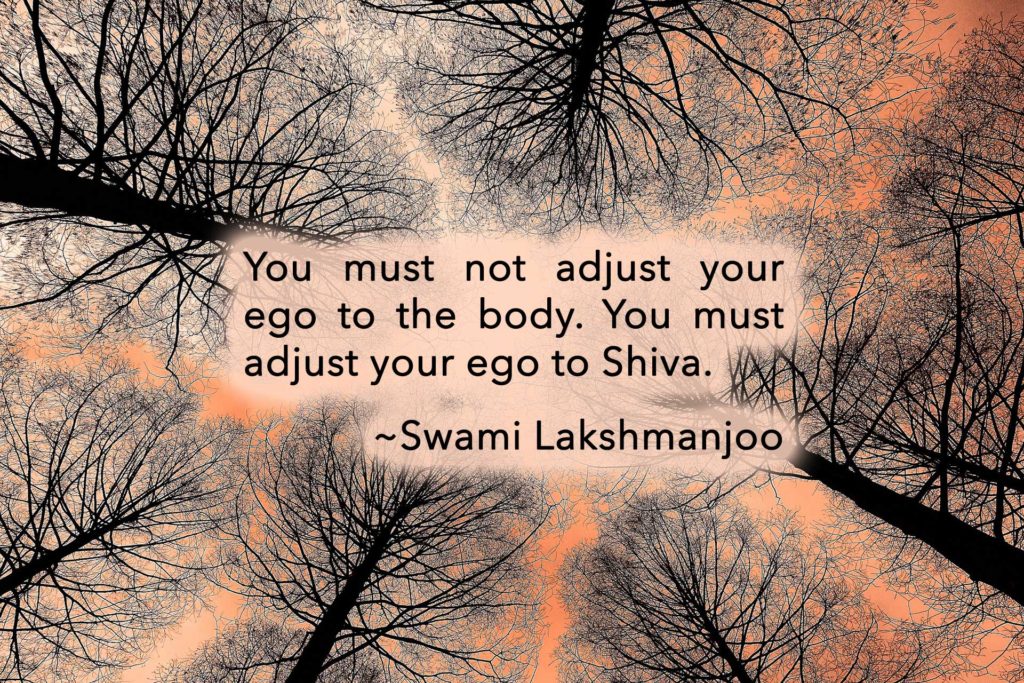 Now there is question, there is question now; he puts question.
“Alright it is good, I am also Śiva! But when I get a headache I cry just like a beast; or stomach ache; or something, or some wound; or I have an accident, where is that Śiva bhāva . . .

Is it not defective nature of Śiva?

He was Śiva and that headache has caught Śiva!

Is this Śiva, would you call that Śiva?

BRUCE P:  Yes . . . just like Śiva. Because he’s created all of this ignorance?

SWAMIJI:  No, he has created all ignorance, but he is crying.

BRUCE P:  But he does that and it is his own play?

SWAMIJI:  But he does not realize that.

DENISE:  He has pain and he forgets he is Śiva.

SWAMIJI:  He has pain and he forgets Śiva at that time. He says, you should not think like that! He [Abhinavagupta] says iti jñātvā grahītavyā naiva jātvapi khaṇḍanā, this kind of doubt, and this kind of defective state existing in yourself, you should never think.

DEVOTEE:  Or enjoy it!

SWAMIJI:  “Śivo ’haṁ cet, if I would have been Śiva, why these things happen against my wishes in this world?” You should not say like that. He says you should not think like that.

You desire for something, it does not happen. Are you Śiva?

I don’t like this kind of Śiva who is dependent always; desiring something, and no hope for achievement of that desire. If you say like that–mama icchām anuvartantām–if I would have been Śiva then let this whole universe take place according to my choice; acha, if you say that, śivo vā parameśāno dehādir atha nirmitaḥ to whom do you attribute this kind of question?

Do you adjust this kind of question to Śiva or to your body? Tell me that first!

I’ll answer to this point: “Do you attribute this question to Śiva, or to your body?”

Why this universe does not take place according to my choice . . . who is my? Do you attribute this my to Śiva or to your body?

Śivasya tāvadastyetad if you attribute this to Śiva, Śiva has . . . Śiva does behave like that. It is the choice of Śiva that this universe is created, protected, destroyed, and concealed and revealed. Dehastveṣatathā tvayā but if you attribute this question to your body, this ego you’ll adjust to your body that, “this [body] must create”; [but] this cannot create. The body is already created by Śiva. So you must not adjust your ego to the body. You must adjust your ego to Śiva.

Have you understood sir?

SWAMIJI:  That is the point to be understood.

Kṛitaḥ kānyā dehatāsya tatkiṁ syāt vācyatāpadam if you attribute this kind of question to your body then it won’t be answered. It won’t be answered. Because the body is already body, it is created substance. It is not your Self. Your Self is Śiva. You should adjust this question to Śiva. Śiva has, Śiva creates according to his choice.

So you should not attribute this kind of question to Śiva. You are putting this question in the wrong way.

I think you have understood now.

So this is the reality one has to achieve, “lose faith in your body attachment. Don’t be attached to your body.” Body is already just like a pot, it is already dead, unconscious. And the consciousness, which is residing, which is existing in the body, is Śiva. It won’t die. Body will be crushed by thunderbolt, so you are grumbling.

This is not my thinking only. You should not say that it is only the thinking of Abhinavagupta. This is explained in Siddha Santāna Tantra and Ūrmi Mahākula Tantra; in both Tantras this is said by Lord Śiva himself.

And pavana bhramaṇa prāṇa vikṣepādikṛitaśramāḥ and those who are trying for these powers, achievement of these powers, you must know that they have got attachment for the body.

What is rising from the level of the ground? Body! Body is rising. What have you got to do with body? You have everything to do with God. God is already everywhere.