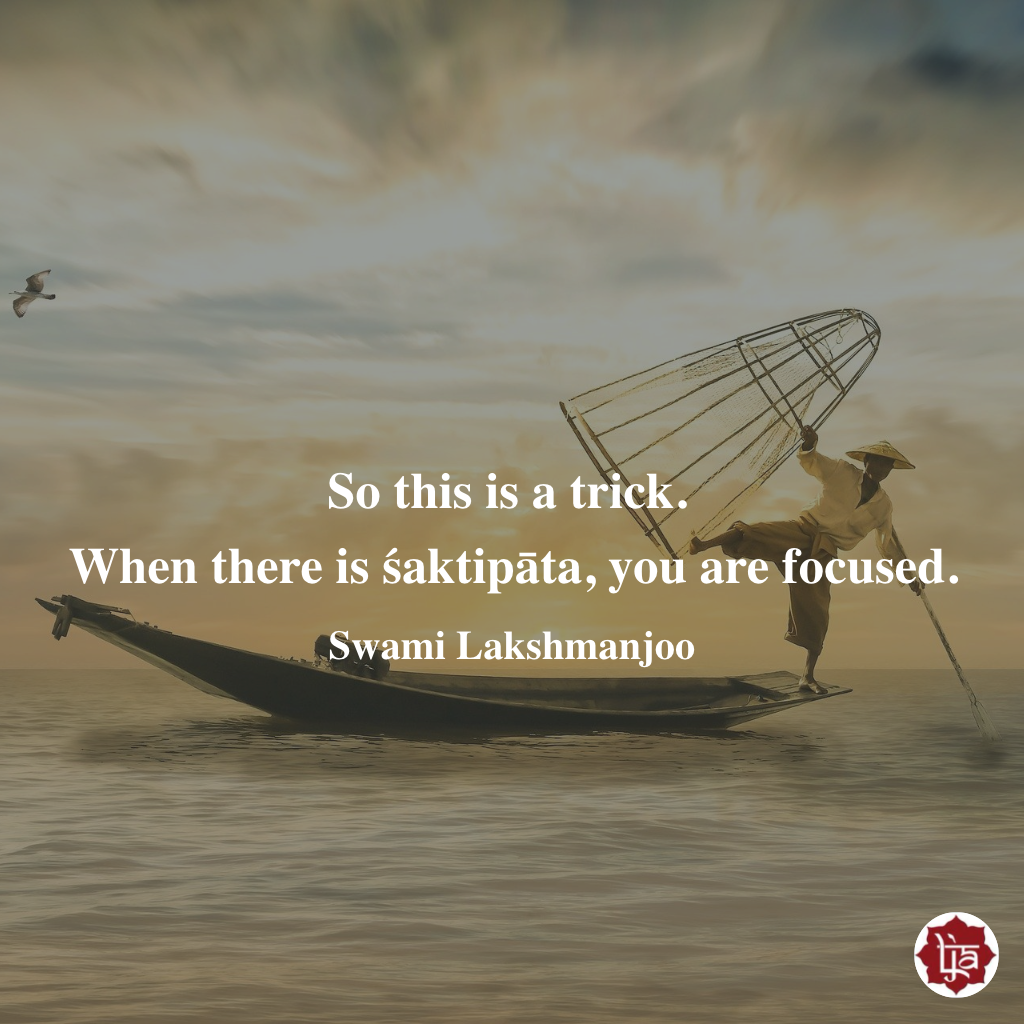 In this excerpt, Swami Lakshmanjoo explains the stages of yoga in meditation in Kashmir Shaivism and the importance of grace [śaktipāta] in this regard.  This is from Chapter two, verse 64-65 of the Bhagavad Gita, in the Light of Kashmir Shaivism.

JOHN: The saṁskāra that, “this meditation is sweet”?

SWAMIJI: Not meditation. He is dragged away from God consciousness by and by. This is māyā. You must be so alert and so . . . you can’t remain idle. Meditation you have to do with vigor, with alertness. If alertness is a bit lessened, [God consciousness is] gone! It will carry you to the ordinary course of being. You become just like dogs in the street. There is no God consciousness. 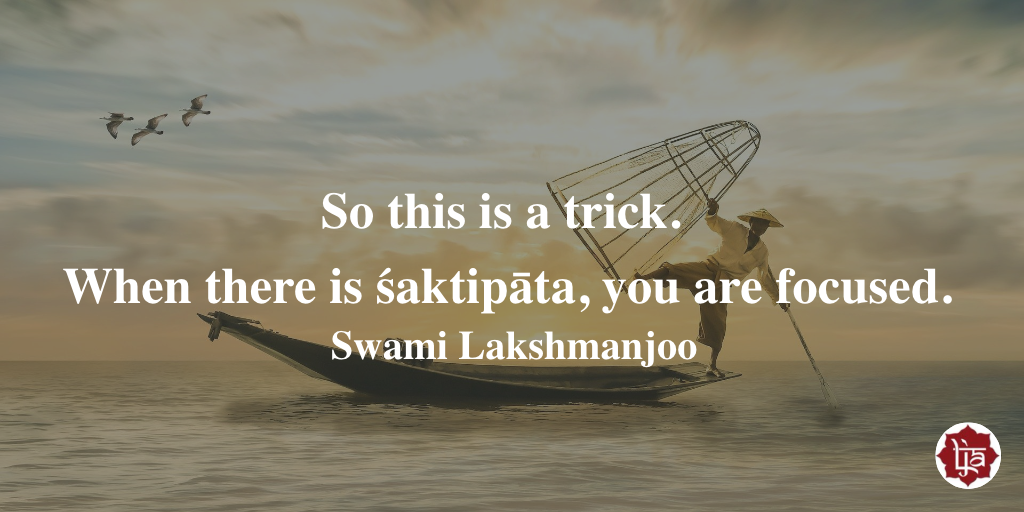 SWAMIJI: No sooner has it taken a step outside, you . . .

JONATHAN: You pull it back.

SWAMIJI: . . . you pull it back at once. That is vikṣiptam.

But these things [i.e., yawning, scratching, etc.] happen. These things, they destroy your one-pointedness.

[Lord Kṛṣṇa] says in that [śloka]:

Sukhamātyantikaṁ yattad, and the glamour of that sukham (sukham means godly . . .

. . . buddhigrahyam, it is buddhigrāhyam.58 You can only calculate it with intellect, not with the body. Atīndriyam, it is beyond, that sukha [joy] is beyond the cycle of organs. Organs cannot experience that ānanda (that bliss). And once he is established in that, na calati tattvataḥ, he is not moved at all; [even] for one second also, he is not moved from that [bliss].

JONATHAN: But to achieve that state you have to have that śaktipāta, isn’t it? 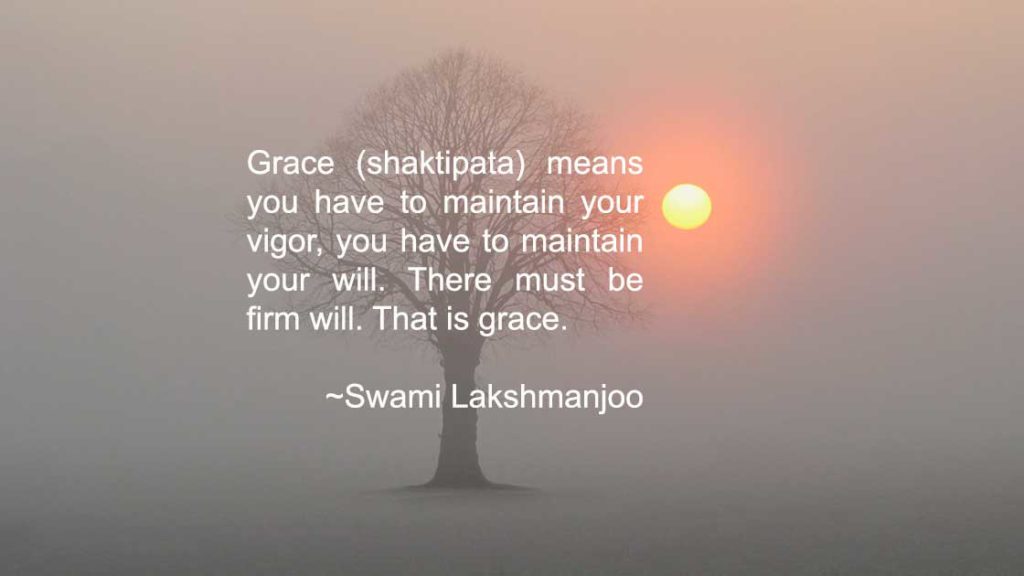 You don’t like it and you go on meeting others and everything and . . .

Continue reading (listen to Swamiji) explain the real meaning of grace in Kashmir Shaivism in the following blog excerpt.

___________________
56 These are the five states that a yogi experiences while engaged in contemplative practice, which are explained in classical yoga texts. [Editor’s note]

1. kṣipta – a very unfocused and agitated state of mind

2. mūḍha – a dull and lethargic state of mind

3. vikṣipta – a state which constantly moves from agitation to dullness

5. niruddha – the movement of the mind is suspended

57 Swamiji is asking someone in the audience what they are doing. [Editor’s note]
58 “Patañjalī describes this intellect as ṛtaṁbharā*, it is filled with . . . ṛtaṁ means truth. It is truth, true joy, it is not adjusted joy. Adjusted joy takes its position in the contact of two and this is not adjusted joy. This is automatic joy.” Swami Lakshmanjoo, Special Verses on Practice.
* yoga eva yogasyopāyaḥ / ṛtambharā tatra prajñā //
Patañjalī’s Yoga Sūtras, 1.48.

Source: Chapter 2, verse 64-65 of the
Bhagavad Gita, in the Light of Kashmir Shaivism
revealed by Swami Lakshmanjoo
All Content is subject to Copyright © John Hughes.