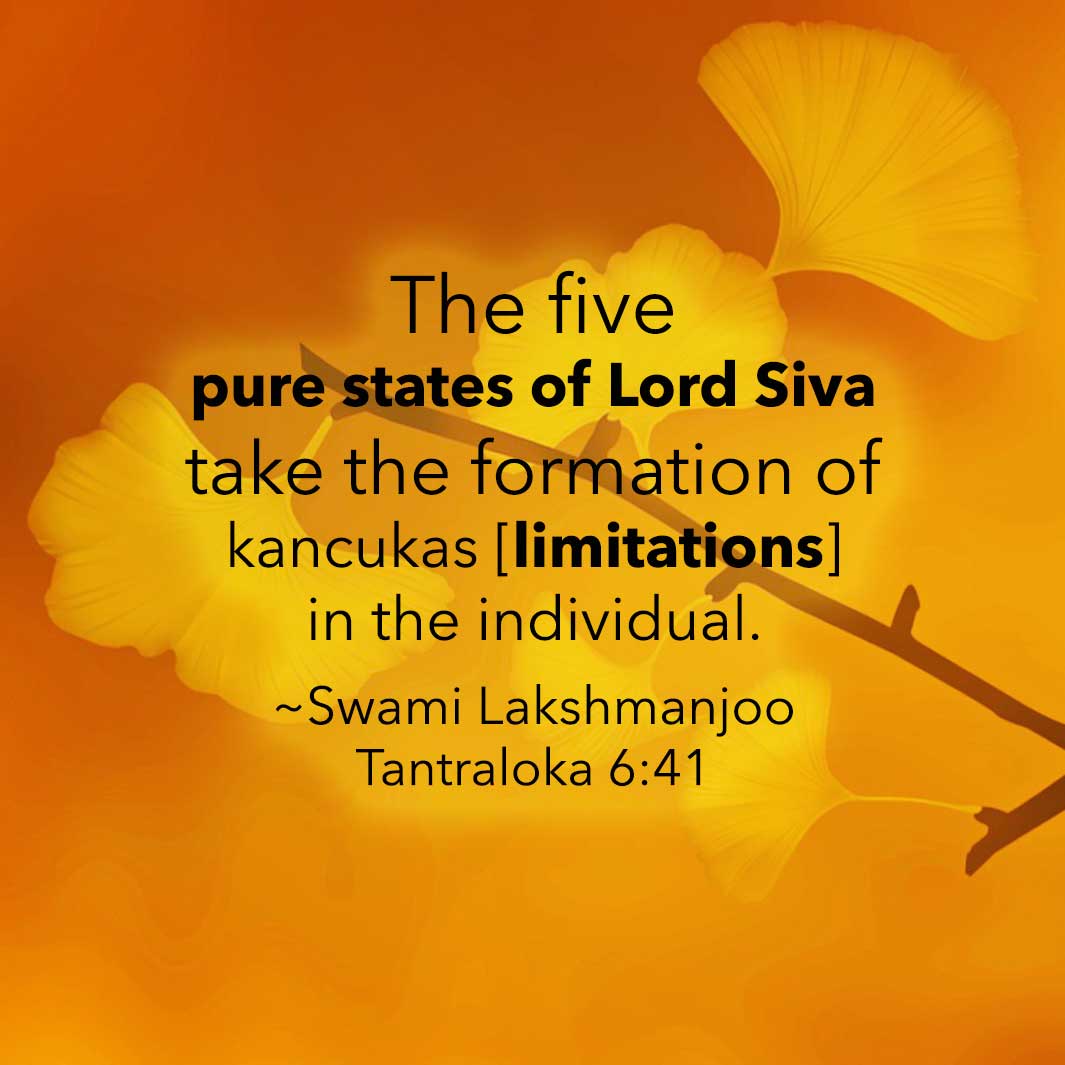 A clear and unique explanation of the much-discussed term “maya” (illusion) in the light of Kashmir Shaivism as Swami Lakshmanjoo reveals to us how we have become limited being.

This is an excerpt from Abhinavagupta’s Paramarthasara: The Essence of the Highest Reality.

View on YouTube or listen to the audio below…

DENISE:  What does that mean?

SWAMIJI:  To subside My bodha. I want to have My bodha subsided by māyā.

DENISE:  What is bodha? My greatness?

SWAMIJI:  My all-knowing energy and all-doing energy, I want to subside it [laughter].

And by inviting that māyā to attack Him so that He will not be capable of all-knowing and all-doing, parigraha vaśāt, He becomes the slave of māyā.

Kāla entangles Him so that He will not become eternal, He will not be eternally existing. There is a period [of His existence]. Kāla means He is only in the present. In the past, He won’t exist; in the future, He won’t exist. In the present, He will exist. Kāla means [His] eternity is subsided and He becomes limited in the cycle of time; He has become the slave of time.

And He is kalā.
Kalā means [that His] all-doing action has subsided and He has taken the position of kalā, only some limited action.

Niyati: He is all-pervading, and, by this limitation, He pervades only in the United States in His own house. He is nowhere [else] found. Otherwise, He was everywhere found.

“Do you want gloves?”

. . . it is an attachment for everything, it is a desire for having everything.

“[The five pure states of Lord Śiva] take the formation of ṣaṭ kañcuka in the individual. Because, whatever is manifested in the universe, it is not manifested [as] other than Śiva. The same thing has come out in manifestation; the same thing what existed in Paramaśiva, that same thing is manifested outside also.” Swami Lakshmanjoo, Tantrāloka 6:41, USF archive.

47. “SCHOLAR: So, niyati is that which attaches you to a particular situation.
SWAMIJI: Yes.” Swami Lakshmanjoo, Tantrāloka 6:153, USF archive.

Source: Abhinavagupta’s Paramarthasara: The Essence of the Highest Realityrevealed by Swami Lakshmanjoo.