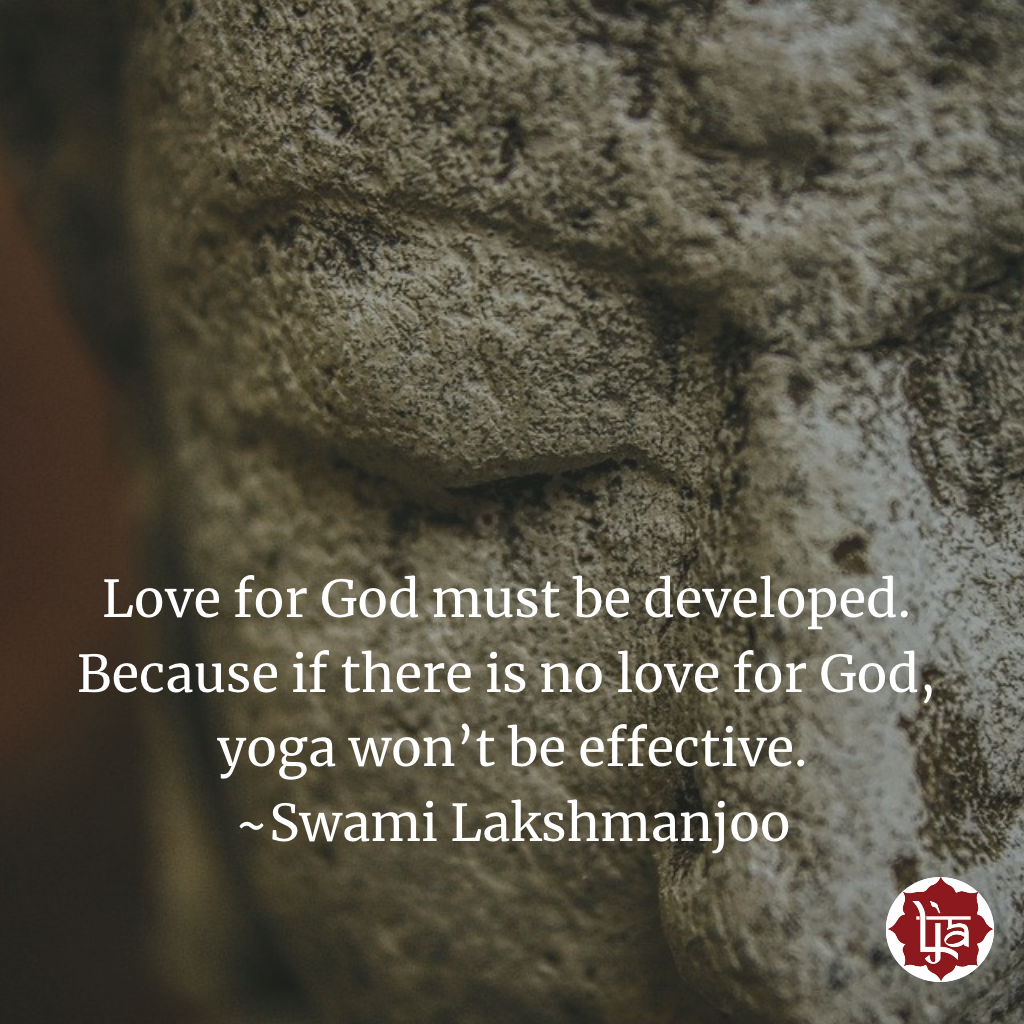 This is part 1 in a series of four videos about Divine Discipline in Yoga; part 2 – Yamas (conduct), part 3 – Final goal in Kashmir Shaivism… a rare glimpse!, part 4 – Ahimsa (non-violence).

In this video Alice Christensen (Mother Alice) and Swami Lakshmanjoo discuss the five Niyamas (observances) as interpreted in Kashmir Shaivism.

Alice: You know the discipline of yoga, it seems to be so complicated, but in Patañjali’s book, the Yamas and Niyamas, of how to practice yoga, a lot of Americans they are trying to read that and understand that. Let’s talk a little bit about what those things are.

Swamiji: These are limbs of yoga. Limbs of the body of yoga. Just imagine yoga is a body and it has limbs, which are to be developed first, before entering into yoga.

And these limbs are eight limbs:

Swamiji: And these limbs are Yamas, Niyamas…

Yamas are five. They are classified in five sections. There are five Yamas.

And Niyamas are also five.

2. Santoṣa (contentment – satisfaction with whatever you have)

4. Svādhyāya (Self-knowing – understanding your Self)

These are five Yamas.

Śauca: Śauca is purity of your body and mind. This is first limb of yoga. You have to see that your body is pure and your mind is pure. This is Śauca.

And the power of Śauca, the siddhi, you know, siddhis?

Alice: Yes, the siddhis would be powers.

Swamiji: Powers that come from developing this Śauca, this is one of the five Niyamas… Śauca is… by developing Śauca…

…this is the power that is developed by this śauca, purity in body and mind. That is svāṅga jugupsā, he feels that his body is always impure. Svāṅga jugupsā, he does not like the limbs of his body. And, paraira saṁsargaḥ, he does not want to contact another body with his body. This is the power that is achieved by this Śauca. It is said by Patañjali.

And next is Santoṣa. Santoṣa is contentment. This is also one limb of yoga. Contentment, whatever God has given us be content with that. That is Santoṣa.

This is the power that is attained by this Santoṣa. By that Santoṣa what does he achieve? He achieves, nuttama sukhalābhaḥ, absolute peace. He remains always peaceful if he has Santoṣa.

Alice: Even in the middle of a busy road and everything, the contentment can be there.

Alice: That is really needed, Swamiji, in our people.

Penance is just tolerance, all-round tolerance. If somebody abuses you, tolerate. Don’t lose your temper. This is a kind of penance. You have to sentence your mind with penance, always penance.

Alice: Well, that’s more of a mental penance than that physical penance, isn’t it?

Swamiji: Yes. It is mental penance.

Swamiji: That doesn’t make sense. This is mental penance.

Swamiji: And this is called Tapas.

Alice: And what then is the power that comes from this mental penance?

Swamiji: All powers to inject. If a guru initiates his disciple, that initiation will be powerful…

Swamiji: . . . because of penance. It is power that is attained by this penance.

Alice: So that will give a person power to do what they want to do.

Swamiji: Yes. For instance, if I initiate this man, he gets its fruit in a few days.

Swamiji: If I have no penance in me and I initiate you it will take years and years and still it won’t be complete. This is the power, this is the greatness of penance that . . .

Alice: And disciple also. I see.

Swamiji: And this is Tapas.

. . . Iṣṭadevata means that longed deity [i.e., the deity you are longing for].

Swamiji: No, longing for God.

Alice: I see, you have a longing for only that kind of knowledge?

Swamiji: No, longed for God is perceived.

Alice: I see, you see then what you are longing to see.

Swamiji: That is the power that comes from this Svādhyāyā. 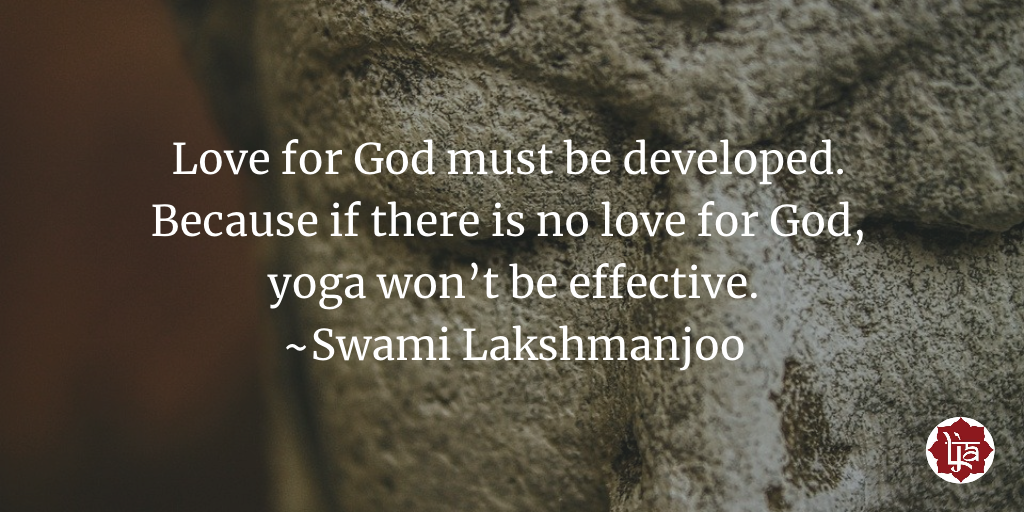 Alice: Because most people say, “if you have any attachment at all you won’t make it”.