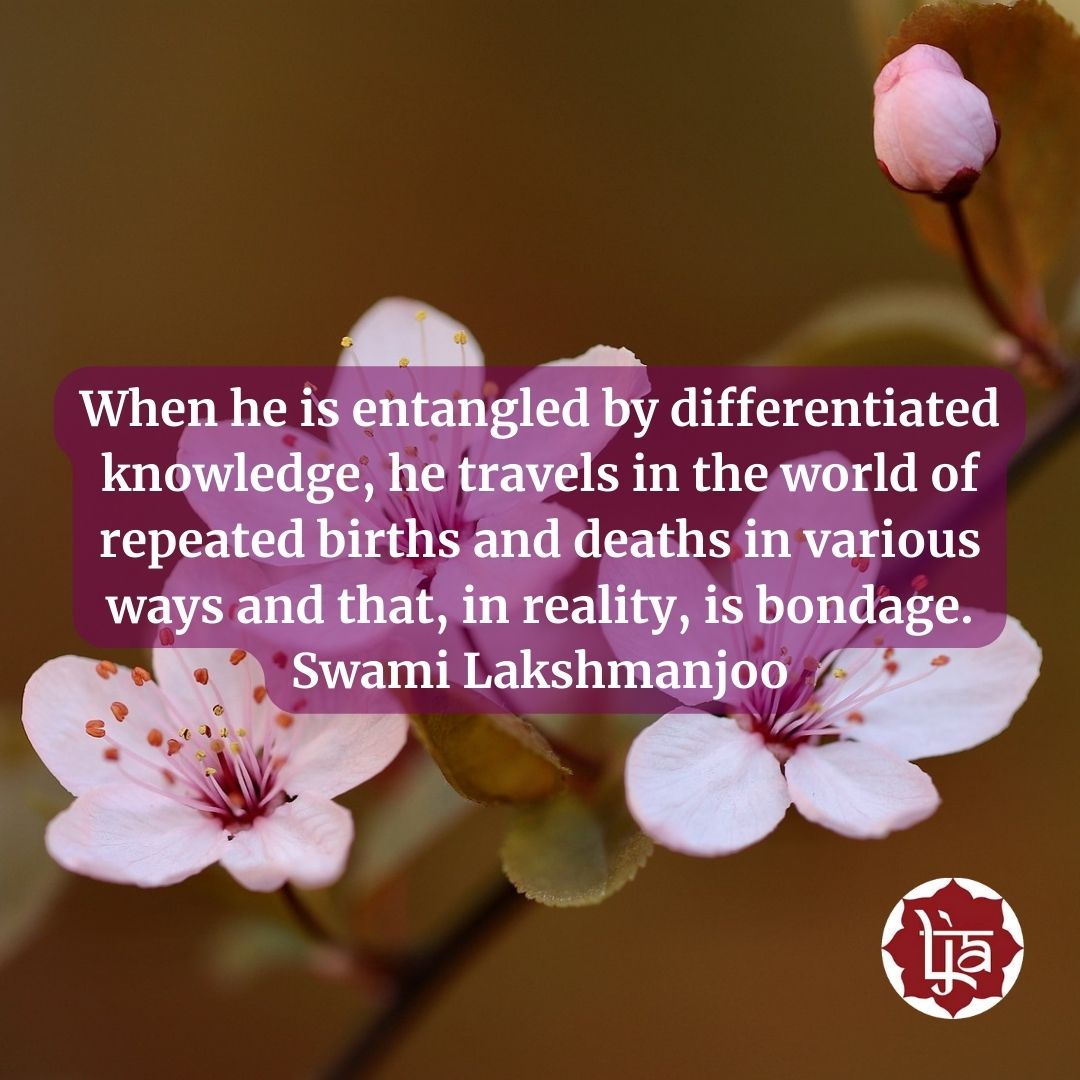 Excerpt from the Shiva Sutras: The Supreme Awakening, Third Awakening, revealed by Swami Lakshmanjoo…
(Continuing the first verse, “What is the individual being?”) 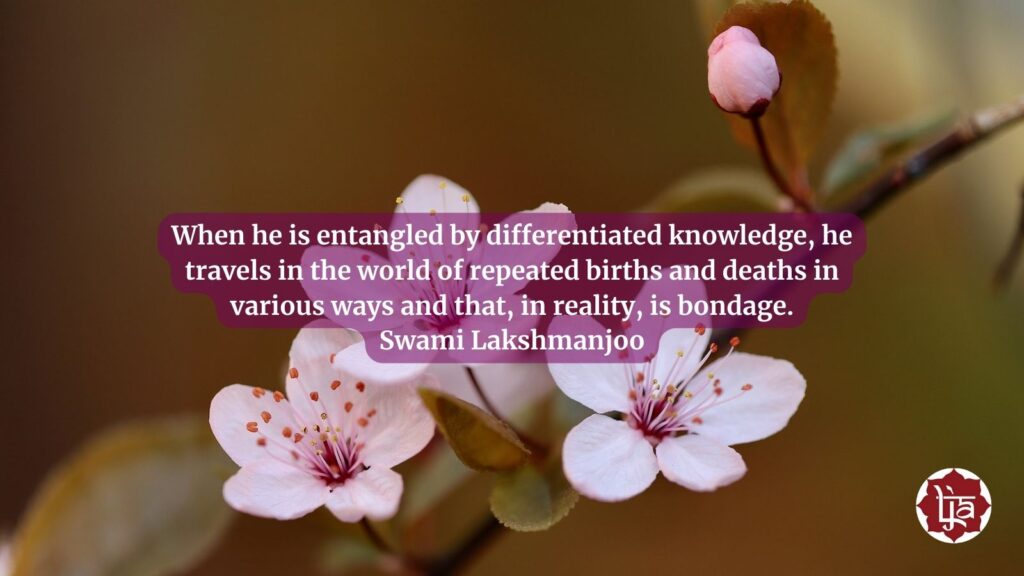 (For this limited individual),
all knowledge is bondage. 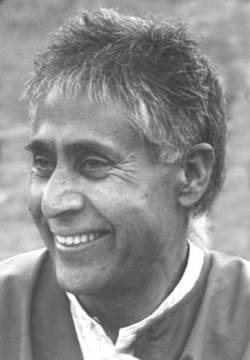 Depending on the three intellectual organs, intellect, mind and ego, the knowledge found here functions in three ways. The three intellectual organs first understand what is to be enjoyed, then establish that understanding, and finally attach ego to that understanding. And these three intellectual acts are one with (sukha) pleasure, (duḥkha) pain and (moha) illusion. Sukha is connected with the sattvika state of life, duḥkha is connected with the rājasik state of life and moha is connected with the tāmasik state of life. These three states of life are controlled by this limited knowledge of the individual being. Therefore, this kind of knowledge causes you to possess only differentiated knowledge, not undifferentiated knowledge. When he is entangled by these three kinds of differentiated knowledge, he travels in the world of repeated births and deaths in various ways and that, in reality, is bondage.

This is told in Spanda in these one-and-a-half verses,

When the five tanmātras1 give rise to the three intellectual organs, intellect, mind and ego, then collectively there are eight organs. These eight organs are said to be puryaṣṭaka and they function in our dreaming state. This puryaṣṭaka prevents you from getting through to the reality of your self. When the reality of your nature is ignored, then you are dependent on enjoyment which cannot be refused. Because of this, you are played and entangled by the wheel of repeated births and deaths.

Now you will be told how to end this wheel of repeated births and deaths. (Spanda Kārikā 3.17–18)

For an explanation of all the elements (tattvas), see also: “Kashmir Shaivism, The Secret Supreme” by Swami Lakshmanjoo.