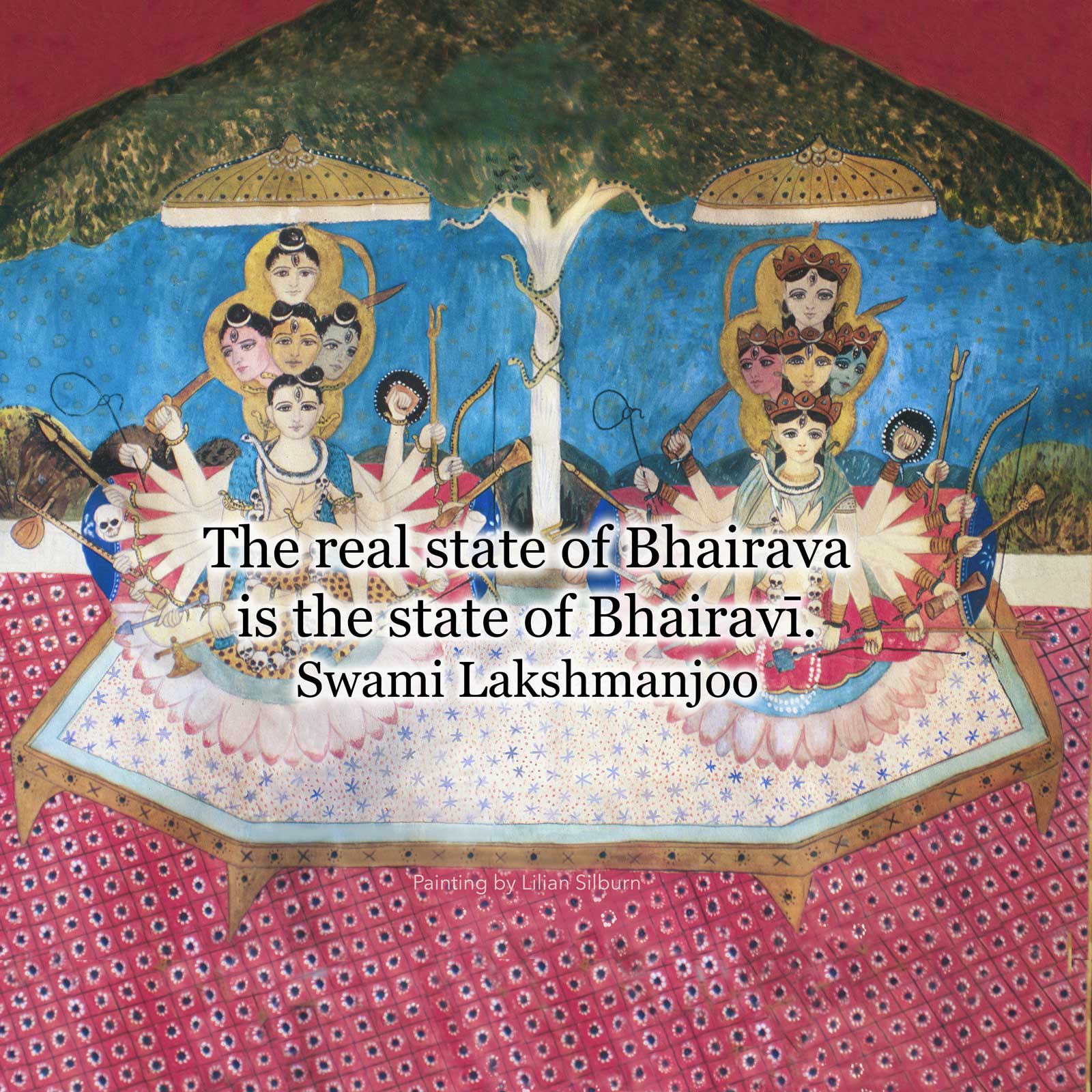 In this excerpt, from the Manual for Self Realization: 112 Meditations of the Vijnana Bhairava Tantra, Swami Lakshmanjoo answers the question of whether there is a difference of supremeness between Lord Śiva and Pārvatī. And in order to answer this, he first clarifies who is to be worshiped and who is the worshiper. In the Vijnana Bhairava Tantra Pārvatī is the one asking the questions, and Shiva answering them, and in order to do so, she steps one step below Shiva. But let’s hear how Swamiji explains it . . . 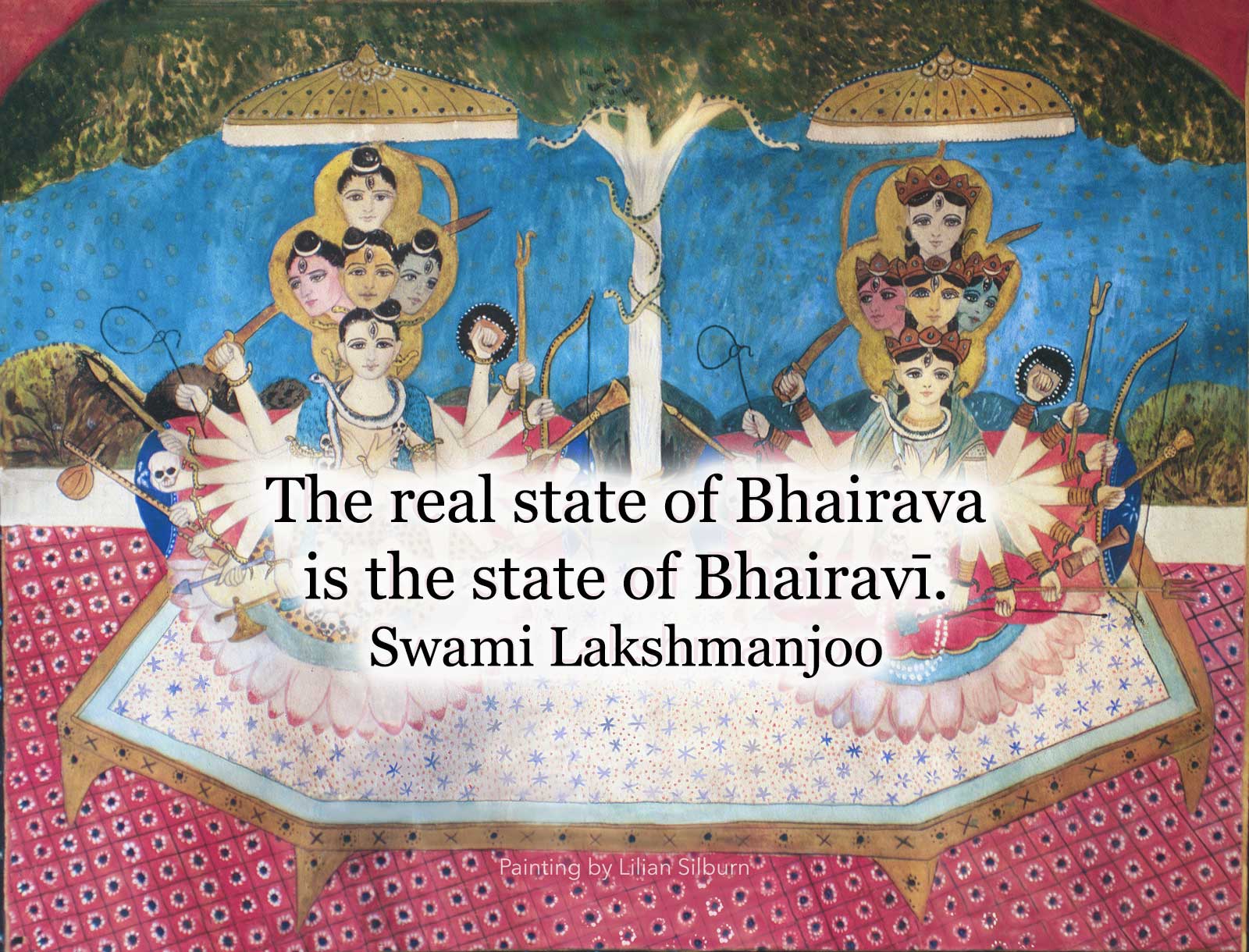 This state of Bhairava that is already sung in the body of the Tantras, yāvasthā parigīyate (parigīyate, sung), that state is in Its supreme way (pararūpena), [and It] is the state of Bhairavī (parā devī).

This is what he puts down [as] the foundation stone for entering in the consciousness of the one hundred and twelve ways.

But is there any difference of supremacy?

Is there a difference of supremeness between Lord Śiva and Pārvatī?

This is what he explains now.

“Dharmi” is the holder of all aspects. Dharmi, who is dharmi? Pārvatī. Tat dharma, all the aspects of Lord Śiva are held by Pārvatī.

So, parā śakti parātmanaḥ, that supreme energy is the energy of the supreme Lord. There is no difference in any case.

O dear Pārvatī, just like with the light of your candle or torch (dīpasya ālokena, by the light of your torch, or candle, or by the rays of the sun), all the differentiated points of deśa (space) are known, are understood, in the same way, Śiva is being understood by Śakti, by His energy. Energy is the means by which you can understand and enter in the state of Lord Śiva.

61 Contemplation, meditation, in continuity; when you sentence your mind with awareness to one point.

Source: Manual for Self Realization: 112 Meditations of the Vijnana Bhairava Tantra,
by Swami Lakshmanjoo
All Content is subject to Copyright © John Hughes.