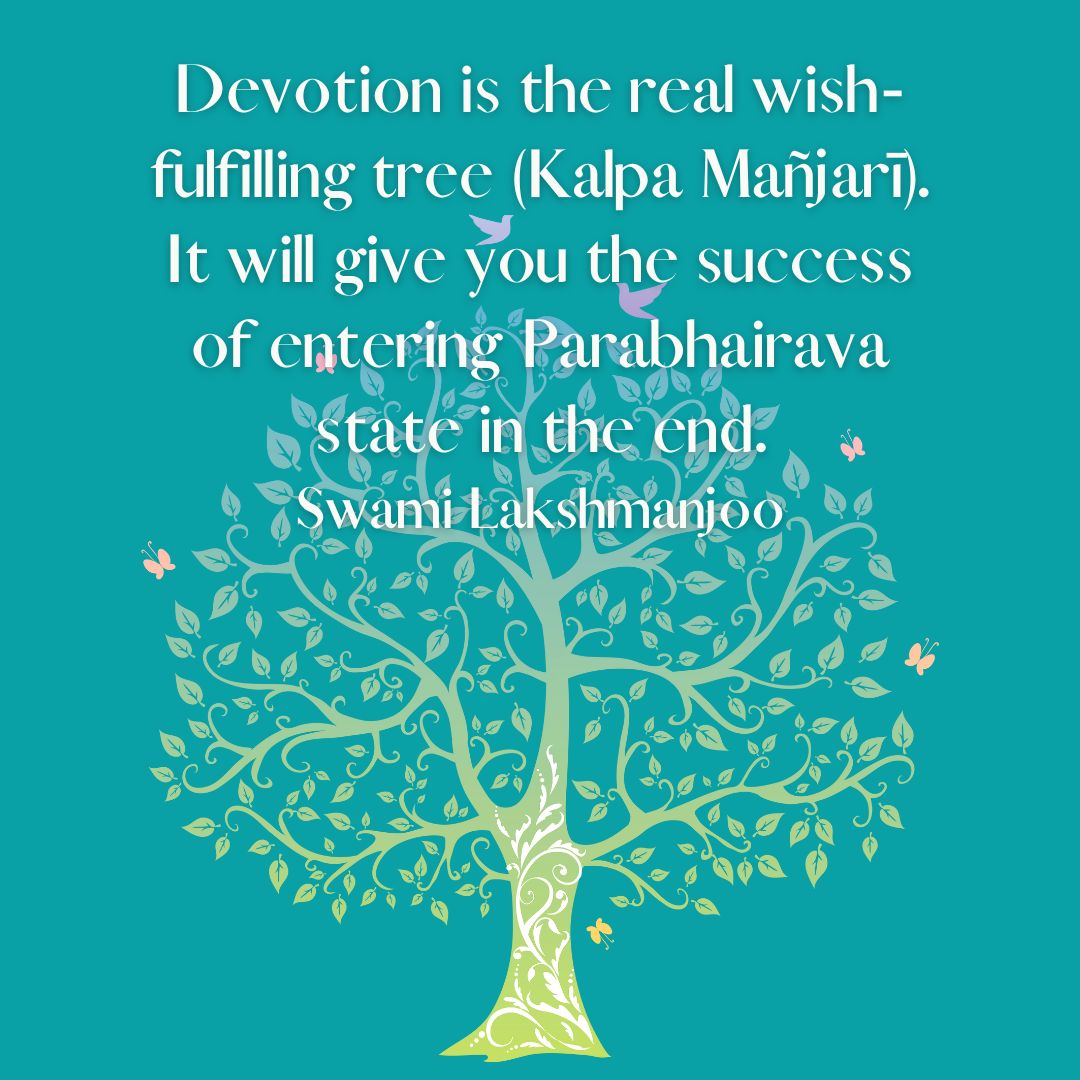 In this excerpt from the end of chapter 7 and the concluding verse of the Bhagavad Gita, In the Light of Kashmir Shaivism, Swami Lakshmanjoo explains the importance of meditation during your life in Kashmir Shaivism. We are presenting two translations by Swamiji, recorded at different times of his life. The first is a video recording made in Swamiji’s later years, and the second is an audio lecture recorded earlier.

Now the conclusion of this chapter.

The bhakti, the devotion of Parabhairava, if you have possessed that devotion of Parabhairava, you [should] understand that you have got kalpalata. Kalpalata is that lata, that creeper in heaven; whatever you ask, it gives, it bestows to you. It is called pāri-jāta-mañjarī. In heaven, in a particular heaven, there is pāri-jāta-mañjarī if you go and ask for what you need, and it will be bestowed to you. Whatever you think – if you need money, it will come, if you need anything, it will come. And if you need God consciousness, it will come. It is kalpa mañjarī. And in the same way, the real kalpa mañjarī is devotion towards Bhairava. This is the real, real kalpa mañjarī. It will give you the success of entering in Parabhairava state in the end.

(no transcript for concluding discussion by John, Denise and Shanna Hughes, and George Barselaar about Swamiji’s birthday habit of remaining in Samadhi for hours and the importance of meditation.) 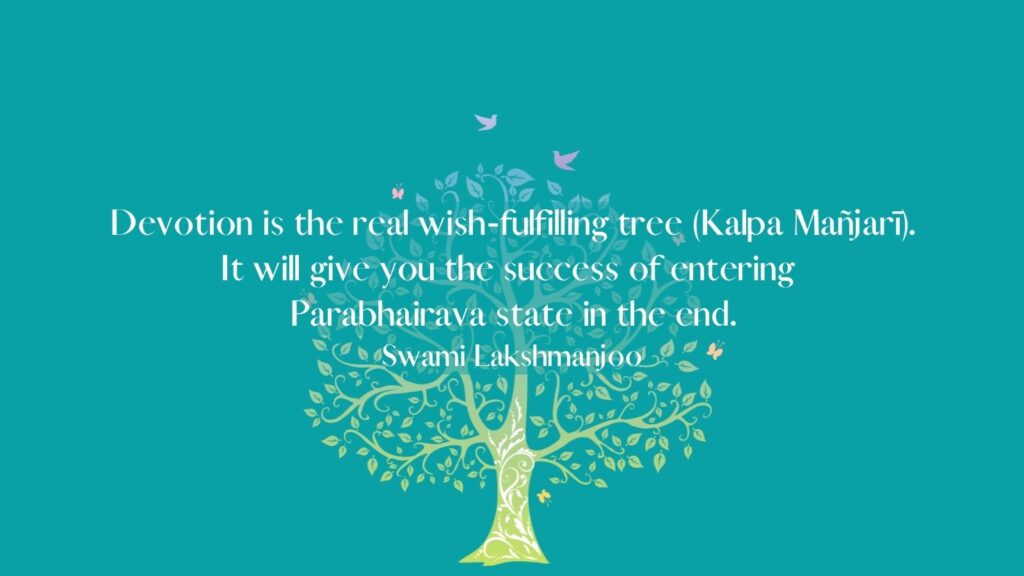 JOACHIM:  This is emotional element especially.

Ādhidaivika is that which comes from . . .

. . . which comes from gods. That is thunders, clouds, rains, earthquakes, fire.

SWAMIJI:  Trees growing, it is adhibhūtā.

Ādhiyajña is that which rises from yajñas, from sacrificial fires, that fruit which comes out from that.

SWAMIJI:  Floods, wind, storms, all these things, these actions are called adhibhūta. All these are my expansion; this is my expanded nature everywhere.

Prayāṇa . . . (verse 30), the person, that person, those persons who understand me like that i.e. that, “this is the nature of God consciousness everywhere residing,” prayāṇakāle, in the end when they leave their bodies, māṁ te viduryuktacetasaḥ, they understand me.

. . . (because he has been adopting one-pointedness of God in his lifetime, if he is meditating, if he has been meditating during his lifetime continuously–that is what he says), then, in the end, when he leaves the body, when his consciousness has gone beyond control, beyond his control, at the time when he is in a coma state, he’ll be meditating inside; internally he’ll be meditating. If he meditates during his life period, he will be meditating in that coma state also, at the time when he is going to leave this body, at that time also he will be thinking of God, internally.

This is very fine.

DENISE:  So the strongest impression in his mind.

So they understand me in the end.

. . . those persons will necessarily remember God at the time of death also.

. . . iti ye manyante, those who understand that, “kiṁ janmāsevanayā, why to worry to meditate in [your] lifetime, try to meditate at that very period, at the time of death . . .

DENISE:  How can you?

SWAMIJI:  . . . be, enjoying in this world for the time being, [and] at the time of death think of Lord!”–those persons who say like this, (this is what he, [Abhinavagupta] says), “kiṁ janmāsevanayā, you should not worry to meditate till the end,”–iti ye manyante; teṣāṁ tūṣṇīṁbhāva eva śobhana, for them I have nothing to say, I have nothing whatsoever to tell them.

The conclusion of this.

SWAMIJI:  All your desires are fulfilled.

This is the ending [of this] chapter.

(source: Chapter 7, Bhagavad Gita, In the Light of Kashmir Shaivism, by Swami Lakshmanjoo
This video series is available as limited edition DVD set with book, eBook, hard and soft cover book, video series)
The audio series is part of the Archives of the Lakshmanjoo Academy.
All Content is subject to Copyright © John Hughes.