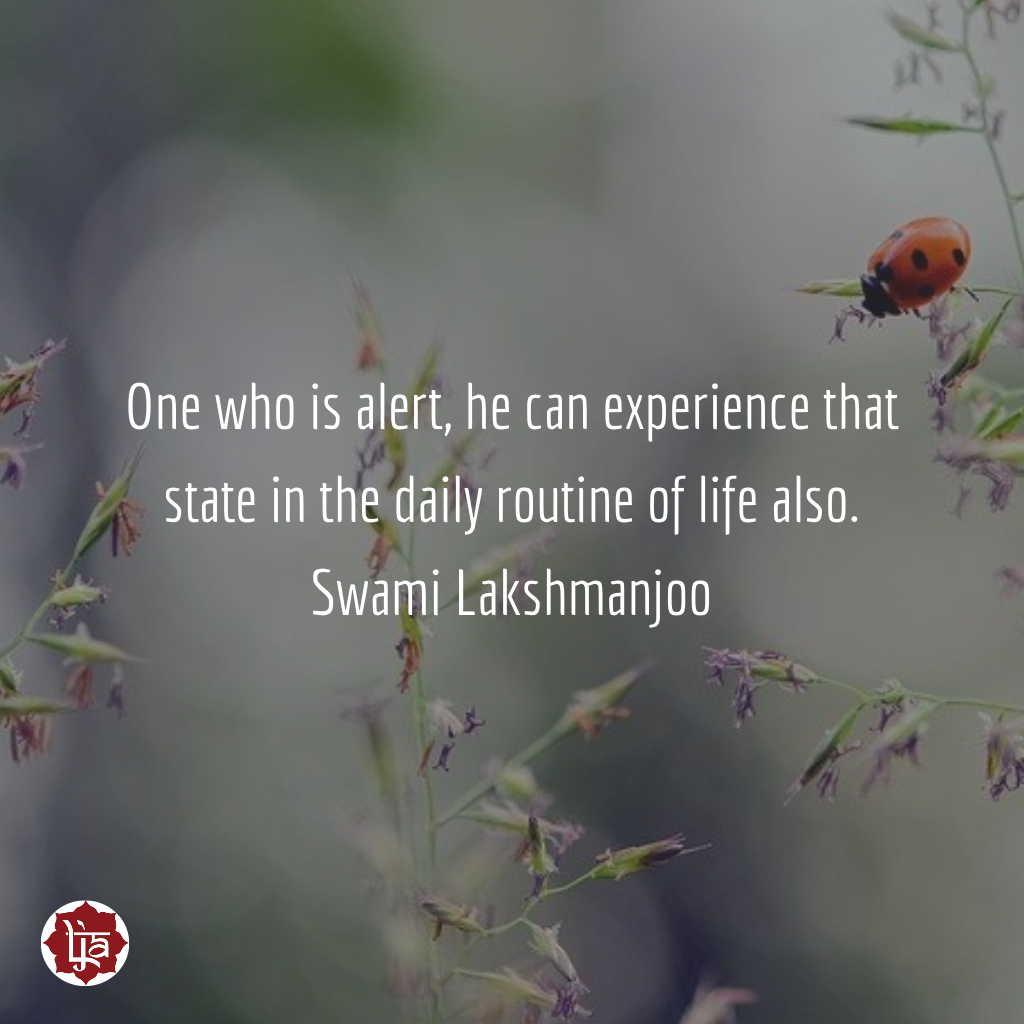 A central theme of the philosophy of Kashmir Shaivism is the highly esoteric principle known as spanda which means vibrationless/vibration or established stable movement. In Shaivism there are two texts that deal specifically with the spanda principal. The Spanda Karika (precise philosophical statements) on the Spanda theory and the Spanda Sandoha (exposition) of the spanda principle.

Both texts are available now as one study set (book and audio download) under the title The Mystery of Vibrationless-Vibration in Kashmir Shaivism: Vasugupta’s Spanda Kārikā & Kṣemarāja’s Spanda Sandoha – revealed by Swami Lakshmanjoo).

In the following excerpt from the Spanda Sandoha, Swami Lakshmanjoo explains how one can find God Consciousness in the daily routine of life. 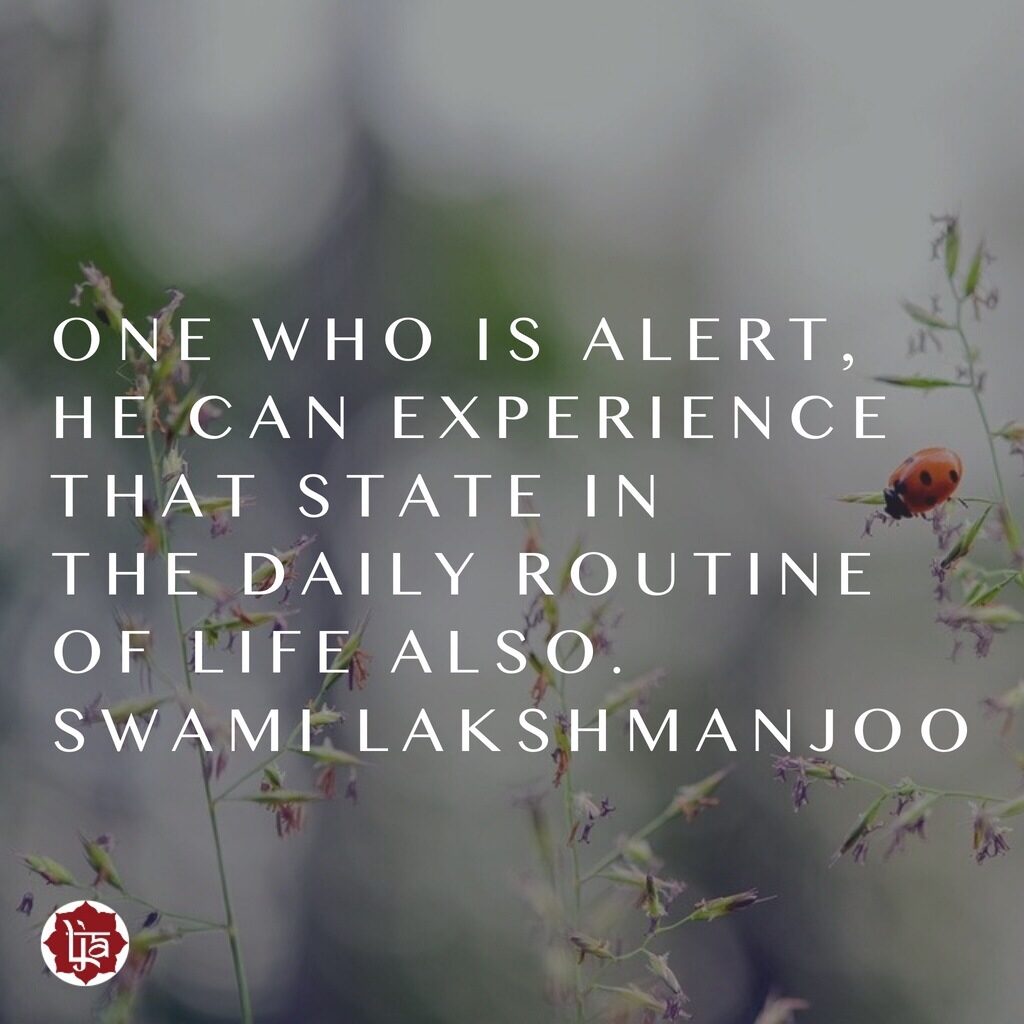 SWAMIJI: No. It is unmeṣa.

SWAMIJI: No, unmeṣa. It has risen there, It is not subsided. Although It is subsided always [in the field of differentiated perception], but sometimes . . .

One who is alert, he can experience that state in the daily routine of life also.

JOHN: So it is only hidden for that person who is not alert. Tirodhāna śakti works for . . .

SWAMIJI: Who is not alert, yes.

These four ślokas explain the same point there in the Spanda [Kārikā].161