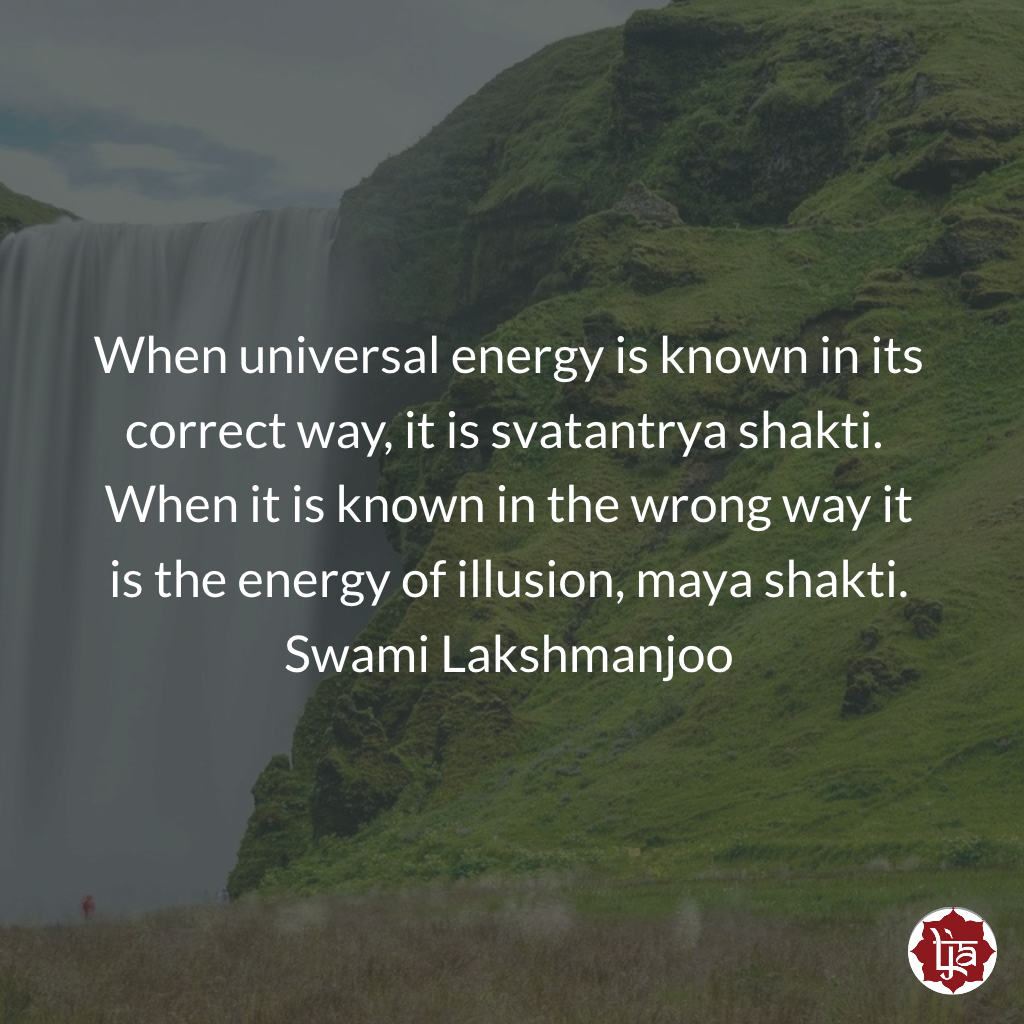 In this excerpt, Swami Lakshmanjoo explains how the threefold mala becomes the cause of bondage. This is from the Shiva Sutras, The Supreme Awakening, by Swami Lakshmanjoo. Read the original transcript along with the audio, scroll down… 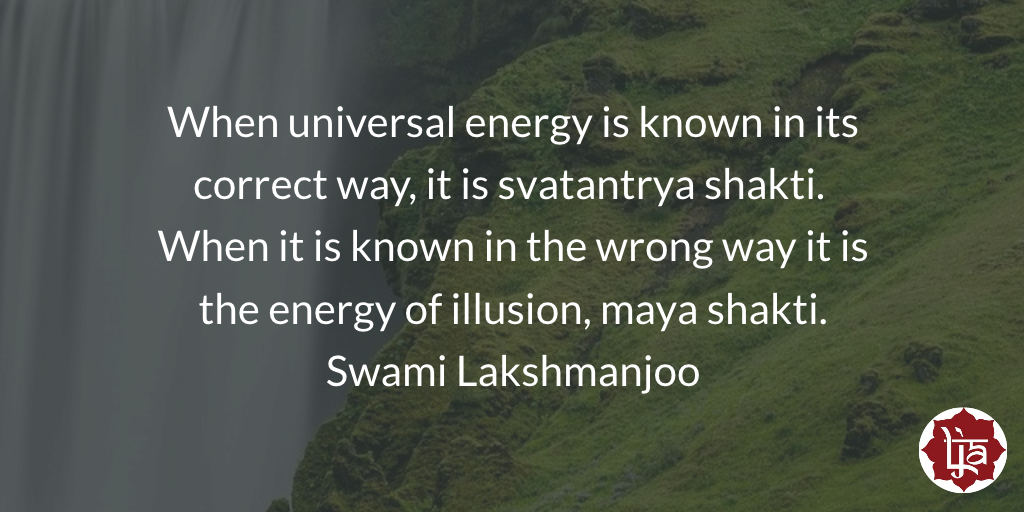 Now, he puts this question.

These threefold malas how they give you bondage?

To this he puts the answer:

“Mātṛkā is the chief conductor of this knowledge.”

And the third knowledge is kārmamala.

This triple way of knowledge is handled by Mātṛkā.

When universal energy is known in its correct way, it is found . . . it seems to be just svātantrya śakti. When it is known in the wrong way it is the energy of illusion, it is called māyā śakti.

So this too is your own will.

JOHN:  So when this energy becomes unknown, or not known properly, then it becomes māyā śakti, that binding energy.

This he explains in this [4th] sūtra.

This triple way of mala, threefold mala, is already explained, which is:

Yadetat, this threefold way of malas, which is already explained, tasya adhiṣṭhātṛ, the handler of these threefold malas . . .

Tasya is there, tasya should be joined, attached with adhiṣṭhātṛ there.

Tasya ādikṣānta rūpā ajñāta mātā, that universal mother is pervading all the letters from a to kṣa. Not only letters, objects too, objects also which are nominated by letters; nominated by words. And that mother is viśva jananī, the creator of the universe.

agniṣṭomayājyasmi – “I am the only fortunate person in the world.”

This too is in the field of māyā!

DEVOTEE:  How is that nirvikalpa? When there are words it is savikalpa?

SWAMIJI:  That is nirvikalpa plus savikalpa.

And what happens in the end?

The one who is played by Mātṛkā, i.e., who has become the play of the mother.