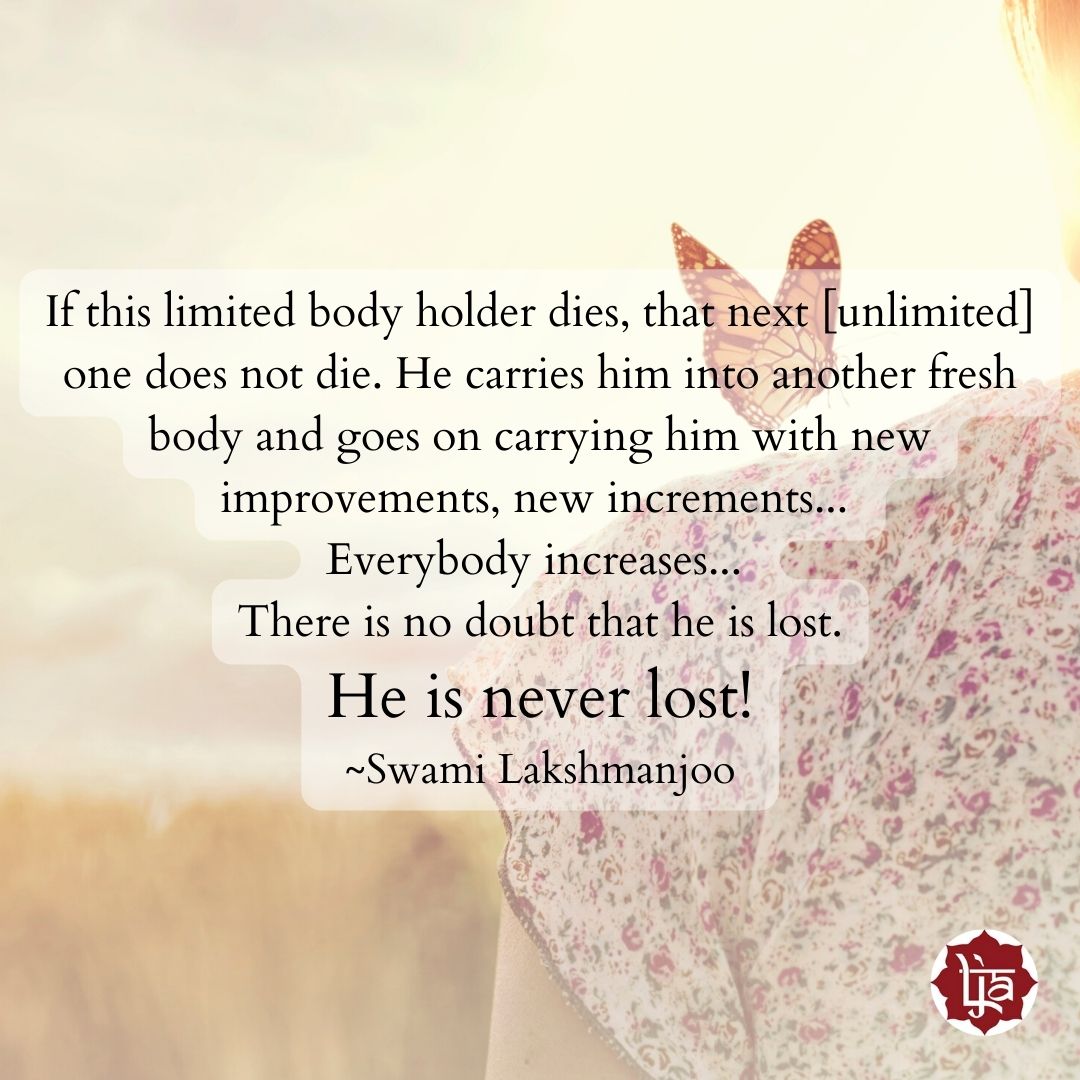 Here is a very uplifting snipped from Abhinavagupta’s Bhagavad Gita, revealed by Swami Lakshmanjoo, which we discussed in our Weekly Sangha #81 Chapter 13, verse 25-29, where Swamiji explains how we are never lost.

And Parameśvaraḥ [Supreme Lord] who is existing in each and everybody, not only in human beings but in insects also (in insects also that Parabhairava [Lord Shiva] is existing), vinaśyatsu, if this body holder (body holder means that limited body holder [puruṣa]), if he dies, that next one does not die. He carries him into another fresh body and goes on, goes on, goes on carrying him with new improvements, a new increment. Everybody increases, everybody increases.

There is no doubt that he is lost.

He is never lost! 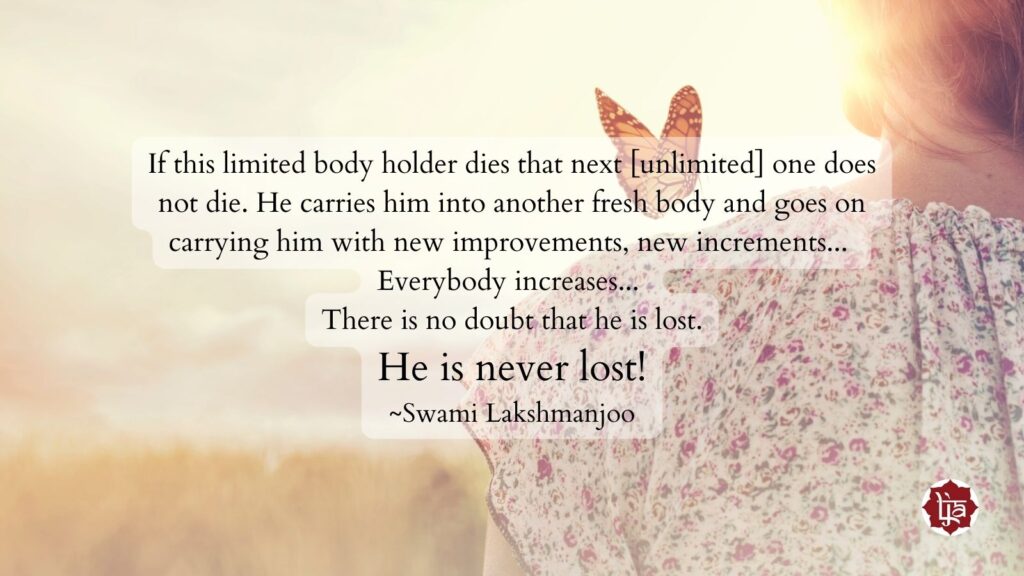 Source: Bhagavad Gita – In the Light of Kashmir Shaivism, revealed by Swami Lakshmanjoo.
See also replay of the Sangha #81 Chapter 13 verse 25-29 for more.