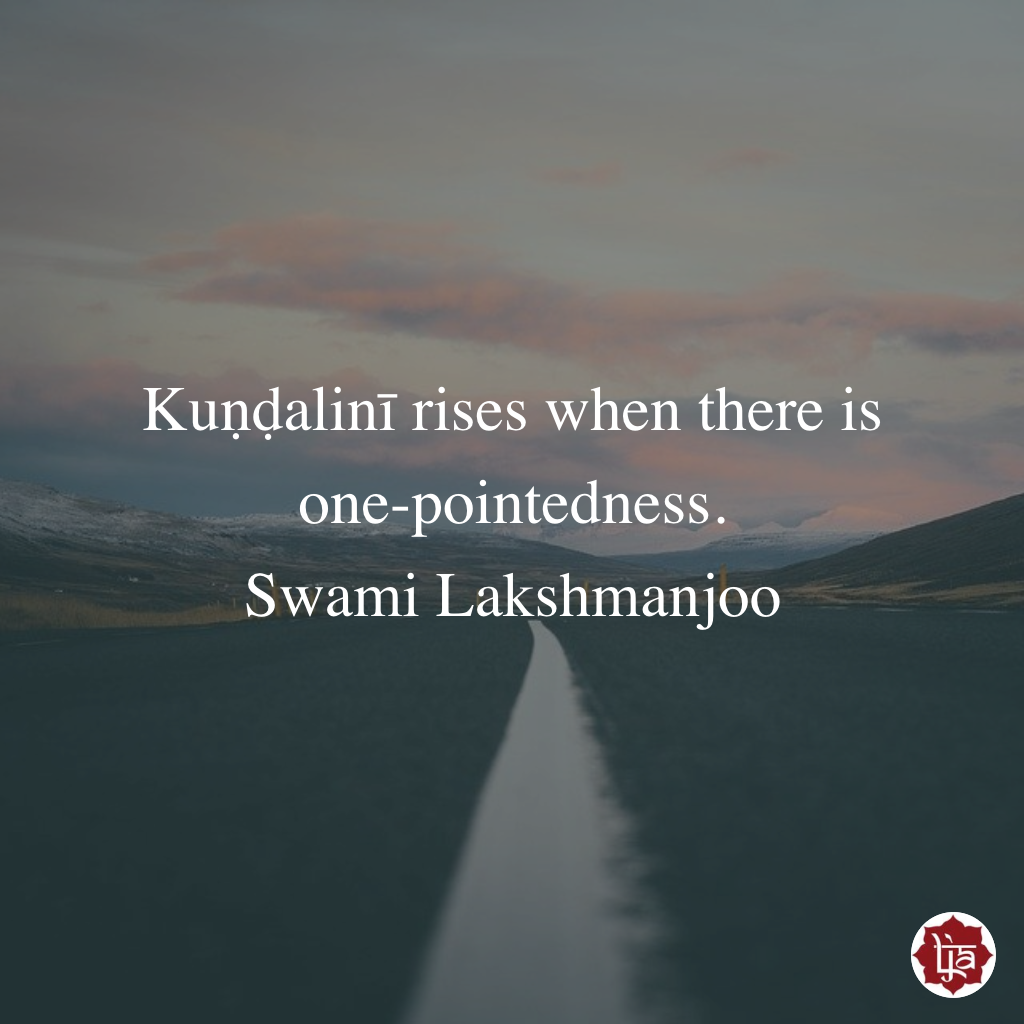 This is an extract from a video of Alice Christensen (Mother Alice) and Swami Lakshmanjoo discussing the correct and incorrect rise and awakening of Kundalini in Kashmir Shaivism.

Alice Christensen: Swamiji, there is so much discussion in the United States about kuṇḍalinī and the power of kuṇḍalinī, can you give us some of your personal insight and experiences on this mysterious subject. You must know a lot about it, and we’d really like to hear a little of the truth of the matter.

Swami Lakshmanjoo: Actually, kuṇḍalinī which is discussed in Kashmir Shaivism, it is something new. And I have experienced it that way.

Swamiji: It is new to the public these days.

Alice: To the public eye. 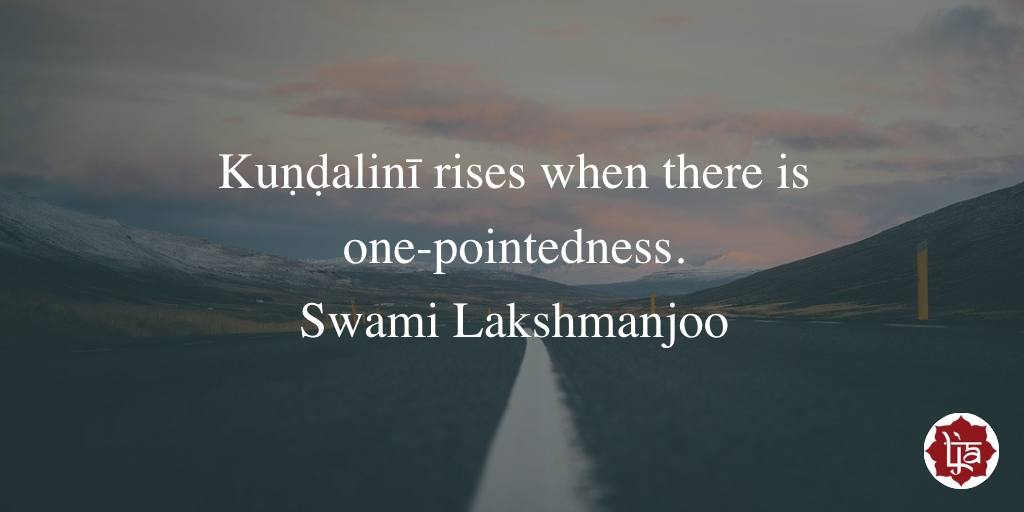 Alice: So the breath becomes a ball and pushes into the spine.

Swamiji: Yes. And then it touches the place of mulādhara cakra. And from there is rises in the form of super-sexual-joy.

Alice: Then that then is the basis of the super-sexual-joy that you mentioned. This kuṇḍalinī rise, sometimes it happens incorrectly and causes great damage. Isn’t that true Swamiji?

Alice: You mean, he doesn’t feel any rise up the back, up to the forehead at all?

Alice: It just appears there?

Swamiji: It appears near the forehead.

Alice: But it isn’t really there.

Swamiji: It is there, and it rushes down. It doesn’t rise up, it goes down.

Alice: So the force in the spinal channel moves down, and catches there.

Alice: Do you think that because of this influx of the word, and this idea of the kuṇḍalinī movements, and all that sort of thing, before the mass mind of the undisciplined public, that these problems are going to exist more and more?

Swamiji: The public who are not disciplined in the yamas and niyamas, that I talked to you about, then this incorrect rise of kuṇḍalinī takes place. Otherwise, it will never take place.

Alice: And the result of this incorrect rise, what is that result.

Swamiji: He will very rarely find [peace] . . . has to begin again from ABCD.

Swamiji: No, it is not a spiritual awakening.

Alice: And it is not correct.

Swamiji: An incorrect experience. And it is only imagination.

Alice: And it is all imagination.

1. “At this point, your breath becomes centralized and moves about one point, just like a whirlpool. The aspirant experiences that his breath is neither moving out nor coming in. He feels that his breath is moving round and round, that it is rotating at that one point which is the junction of the four passages.” Swami Lakshmanjoo, Kashmir Shaivism, The Secret Supreme, chapter 16, “The Seven States of Turya.”

2. “The gate of the central vein (madhyanāḍī) opens at once and your breath reaches down to that place called mūlādhāra.” Ibid.

3. This kind of formation of rise of kuṇḍalinī (it is not rise of kuṇḍalinī, it is fall of kuṇḍalinī), it takes place to those yogis who have not pleased their masters properly. And this kind of process of kuṇḍalinī is called piśācāveśa. It is the incorrect way of its rise. By this piścāca āveśa nothing can be achieved, not the eight powers. On the contrary, he will be the pray to all disturbances and obstacles in his future life. This is a very bad sign for a yogi. Conversations with Mother Alice (1980).

So this kind of rise of kuṇḍalinī must not take place at any cost. You must pray to your master not to handle this way.

4. This cakra is located in the space between the eyebrows.