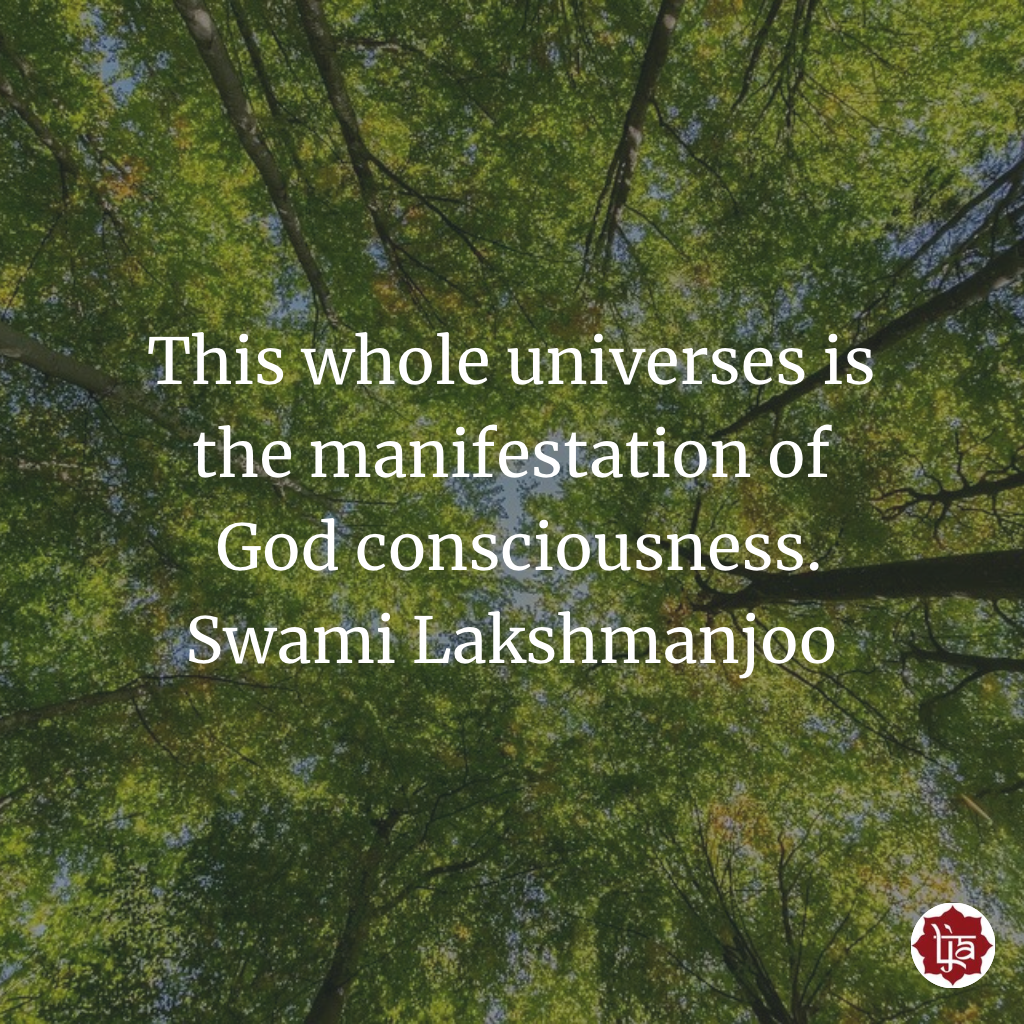 In the summer of 1987, Swamiji began compiling important verses from the various scriptures he had studied throughout his life. Each Sunday he would distribute one or two slokas to devotees, at the same time giving, in brief, their essential meaning. In all Swamiji revealed a total of eighty-five verses. The following year Swamiji traveled to Nepal where he spent a month with the Hughes family recording his revelation on those verses in the “Special Verses on Practice“.

When asked about the source of these verses Swamiji replied, “It is not for research, it is for your daily recitation . . . maybe sometime you will experience these stages . . . it will be helpful to you in your spiritual practice.”

In this excerpt from the recordings, he explains why this world is not an illusion (maya) in Kashmir Shaivism.

JOHN:  This is the coagulation of cid rasa.

JOHN:  Or illusion, it’s not illusion.

SWAMIJI:  It is not illusion.

SWAMIJI:  That is transcendental.

So this is also Bhairava. You must not be afraid of this God consciousness, which is coagulated in the formation of saṁsāra. So you should not get afraid from saṁsāra. There is no question, there is no room, for fearing this universe. Because the universe, as long as it is concerned, it is the actual formation of God consciousness in a coagulated form. That is the only difference.

Source: Special Verses on Practice from the Video Archive of the Lakshmanjoo Academy