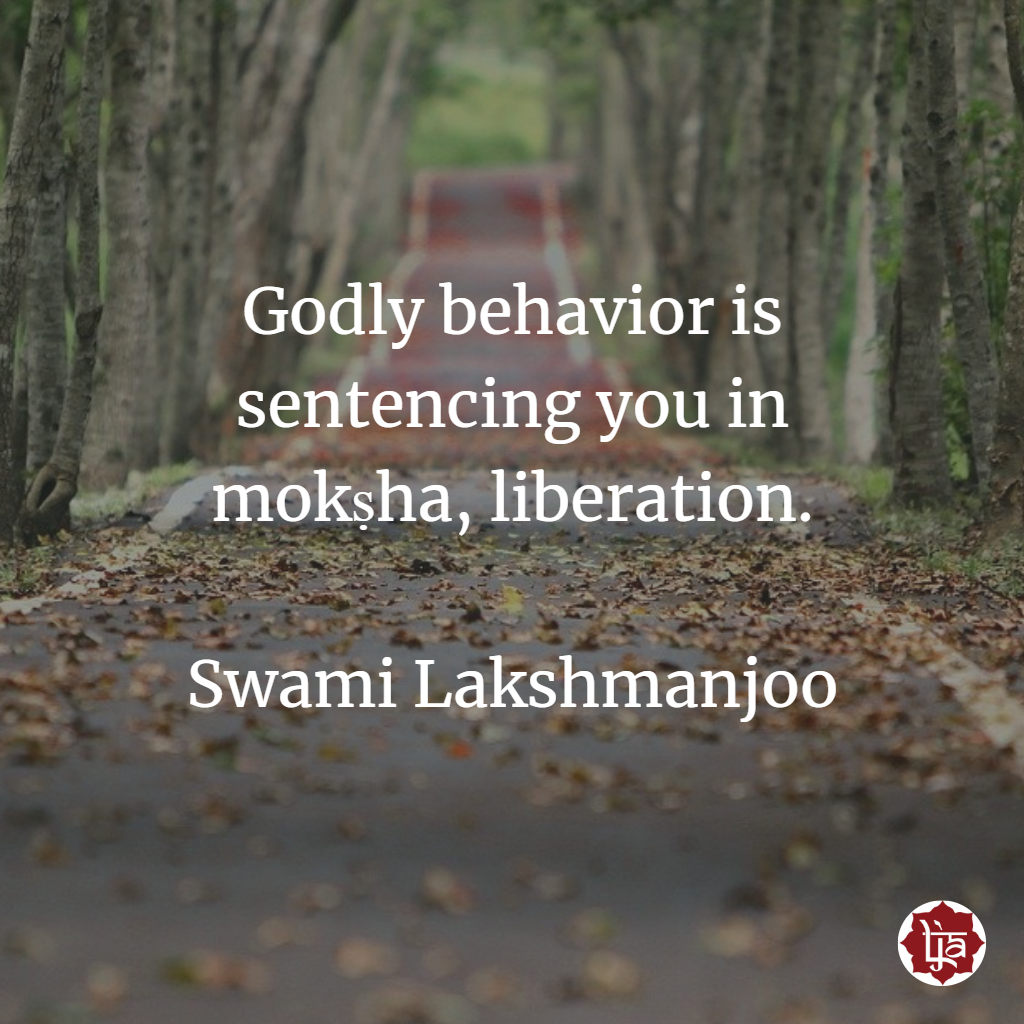 “Now, Lord Śiva (Lord Kṛṣṇa) says that there are two kinds of glories: one is divine glory, one is not divine glory. Divine glory shines in those who are blessed and the symptoms of divine glory are what He says now.”

or listen to the audio below…

Sattva saṁśuddhir, and he has purified behavior, the purest behavior.

Jñāna yoga vyavasthitiḥ, and he is established in jñāna and yoga, in the knowledge of God and being united with His nature (that is yoga). Dānaṁ, he has got the tendency to give alms to the poor who [are in] need.

Damaśca–damaśca means, he has got the power to keep his organs controlled1.

Yajñaśca, he performs yajñas (yajñas means, offerings). He offers to the gods and to the poor and to those who [are in] need.

Svādhyāya, he is always absorbed in singing the glory of Lord Śiva in books, in Shaivite books.

Ārjavam, he has got . . . ārjavam means, rujita, he is simple, simple behavior. Simple behavior does not mean that he is dull, [that] he is a duffer. No. “Simple” means, he is alert in [being] concentrated upon God consciousness. But he is not a duffer, he is not that simple. But he has got all behaviors [that] are simple, without crookedness.

Āhimsā (verse 2), he does not want to hurt anybody.

Satyam, and he speaks the truth.

Akrodha, he is not given to wrath.

Tyāga, he has the power of detachment.

Apaiśunam–apaiśunam means, chugalkhor, he is not a chugalkhor. Chugalkhor means he [who] says absolute falsehoods [about] others to [their] nearly-attached persons. For instance, if I have got āsurī saṁpat (demonic behavior), I will tell you a falsehood, a falsehood about your wife, a falsehood about your kith and kin. [I will tell you], “They are not behaving [with] good character with you.” Afterwards, face-to-face [with you], they behave with good actions. But when you are out [of the chugalkhor’s presence], they talk about you with bad manners [amongst] your kith and kin so that your kith and kin will get wrath, will [develop] hatred for you for nothing. This is the act of āsurīs (demons). But he [who has divine glory] has not this [demonic behavior]. He does not do this chugalkhor. Chugalkhor means, to speak [of] false behavior . . .

JONATHAN: Behind somebody’s back.

SWAMIJI: Behind somebody’s back.

JOHN: Caviling? To cavil somebody is to say bad things about them and make rumors and . . .

Alaulyaṁ ca, they have got no selfish motive [in their dealings with] others.

Mārdavaṁ, they use only soft words.

DENISE: The ones who have the wealth of spiritual knowledge.

SWAMIJI: Yes. Acāpalam, who are not moved easily from that one-pointedness.

Dhṛti, they have got dhairya (dhairya means, tolerance).

Tuṣṭiḥ, they have got satisfaction, they are always satisfied with what they have, [with what] they possess.

Nātimānitā, and they don’t think they are [more] well-off than others. They think, “Everybody is fine, everybody should rise. If I rise, that is also well, but everybody should rise along with me.” They don’t say that, “I must only rise and all [others] must become subsided.” This is the wealth of spiritual wealth, and this I have found in you, O Arjuna. 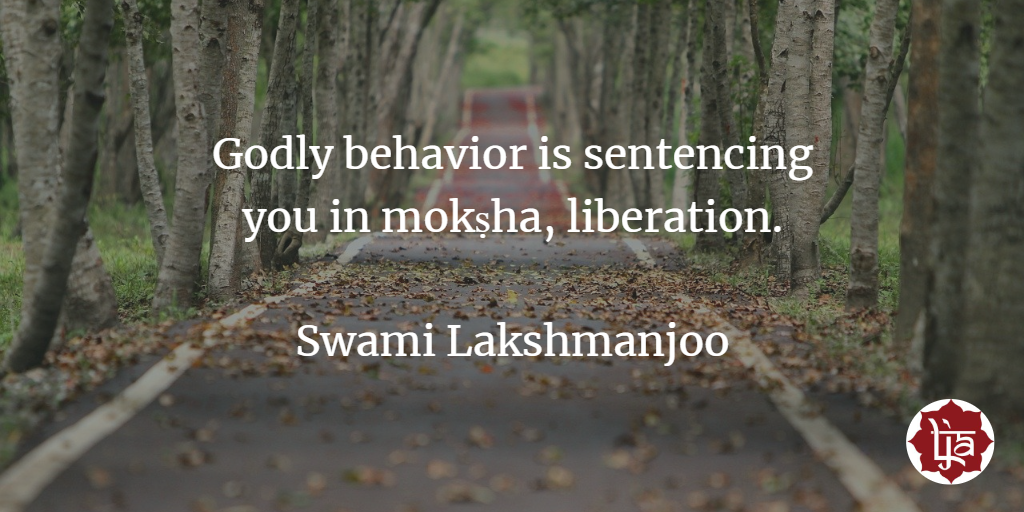 Dambha (verse 4)–dambha means, kapaṭ. Dambha means, ahaṁkāra, it is ego, and with that ego he says, “I am a great person”, although he is not great.

Abhimānaśca–abhimānaśca means, abhimāna (arrogance), e.g., “I am such and such person.”

Ajñānaṁ, and negligence and forgetfulness of God.

These behaviors are found in those who have got rākṣasi (demonic) behavior. And daivī (godly) behavior (verse 5) is supposed to be sentencing you in mokṣa, Parabhairava, in the union of Parabhairava. And āsurī saṁpat (demonic behavior) is for entangling [you] in the wheel of repeated births and deaths. [O, Arjuna], mā śucaḥ, don’t get afraid. You have got . . . I feel there is the rise of daivī saṁpat in you.

1 Chugalkhor, Literally., a snitcher or person who backbites and spreads false rumors about people. 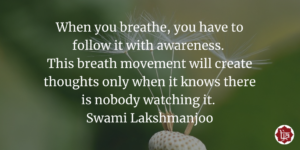 Source: Bhagavad Gita, in the Light of Kashmir Shaivism,
revealed by Swami Lakshmanjoo 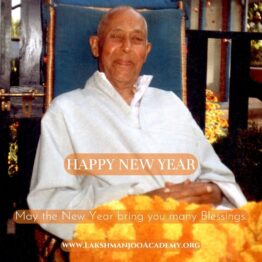